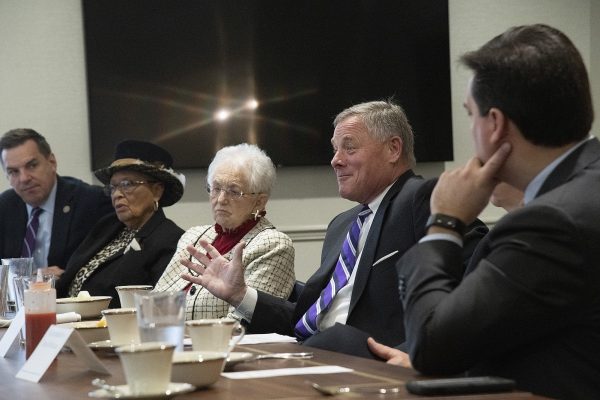 The North Carolina Republican chairs the Senate Intelligence Committee. The news marks a dramatic escalation of the insider trading probe into Burr, who’s faced scrutiny over dozens of stock trades made at the same time both committees he sits on received closed-door briefings on the still-emerging coronavirus pandemic. Burr’s trades occurred one day after a health committee meeting and one week before the market cratered. Many shares he sold were in companies walloped by the crisis. (RELATED: Five Senators Accused of Insider Trading)


Obtaining a search warrant is contingent upon prosecutors successfully persuading a judge there is probable cause to believe a crime has been committed. The leadership at the Justice Department would have to consent to the feds taking such action against a sitting United States senator.

A second law enforcement official said FBI agents served a warrant in recent days on Apple to obtain information from Burr’s iCloud account and said agents used data obtained from the California-based company as part of the evidence used to obtain the warrant for the senator’s phone.

A spokesperson for the FBI did not return phone messages seeking comment. A spokeswoman for Burr declined to comment. Burr has said he does not plan to run for reelection in 2022.

Burr’s sell-off — which was publicly disclosed in ranges — amounted to between $628,000 and $1.72 million. The stock trades were first reported by ProPublica.

UPDATE: Senator Burr has contacted Majority Leader Mitch McConnell (R-KY) and will temporarily step down as chairman of the Intelligence Committee. The Los Angeles Times notes the details of the arrangement.

Sen. Richard Burr (R-N.C.) said the investigation is a “distraction to the hard work of the committee and the members, and I think that the security of the country is too important to have a distraction.” Senate Majority Leader Mitch McConnell said he and Burr agreed that his decision to step aside “would be in the best interests of the committee” and would take effect Friday evening.

READ NEXT: PAC in Intra-Conservative Feud Unloads on Loeffler Over Stock Trades >>

Are we really supposed to believe that Director of the FBI Wray is doing something that’s good for America – that Obama shill?

Isn’t amazing how fast the FBI can act when it involves a Republican and how totally unaware they become when it is a democrat. I think it is time for Christopher Wray to find his own jail cell.

Like no investigation of Feinstein, who should have resigned after her Kavanaugh hoax and personal Chinese driver disaster?

Sen Feinstein involved in the same insider trading. Will we see FBI go after her?

What about the democrats who did the same thing? Feinstein?

Well with Feinstien being a Democrat and all, she automatically isn’t guilty.