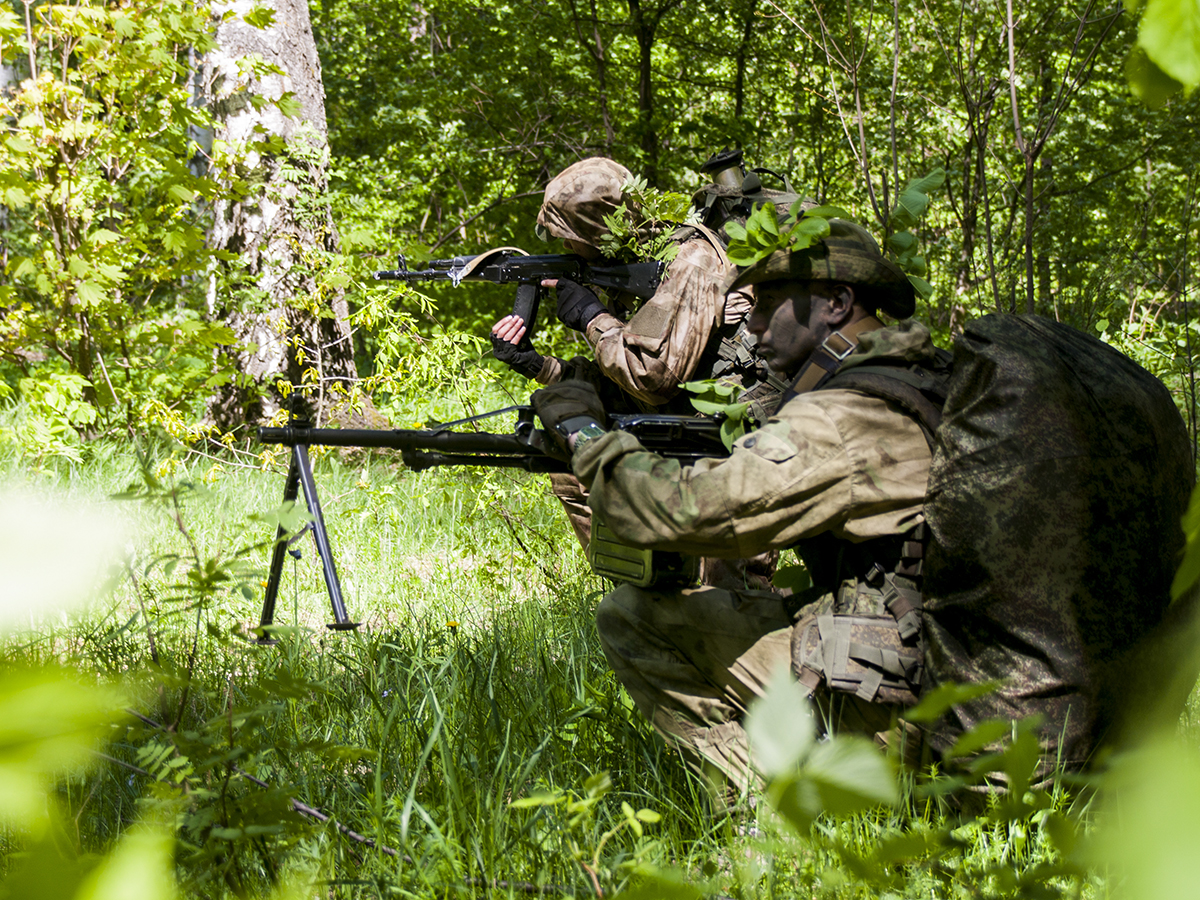 Reports of Russia’s shadowy mercenary ‘Wagner Group’ operating in Libya highlight how this supposedly private organization operates worldwide as a surrogate for Putin and Russia. According to BBC News, a new UN report not made public, but seen by various news media, says Wagner operatives have been in Libya since October 2018, “participating in combat operations”.

The UN has put the number of Wagner operatives at between 800 and 1,000, reports the BBC, adding that they have been acting as artillery and air observers, as well as “providing electronic countermeasures expertise and deploying as sniper teams”.

Wagner has also reportedly been operating in Syria, Sudan, Zimbabwe, Madagascar, Mozambique, and the Central African Republic (CAR) in Africa, as well as Venezuela in South America. But what is the Wagner Group and how is it related to Russian President Vladimir Putin and the Russian state?

The Cypher Brief (TCB) describes the Wagner Group as a Russian private military company (PMC) created in 2014 by Yevgeny Prigozhin, an oligarch with close ties to Putin. Prigozhin is also known as “Putin’s chef” since he also owns a large catering company. TCB explains, “Prigozhin has long served as a Russian proxy to help Moscow achieve its national security objectives.”

Wagner’s military leader, Dmitriy Utkin, is a former Russian special forces Lieutenant Colonel and commander of a Spetsnaz GRU unit with Russia’s military intelligence. He is said to have named the group after German composer, Richard Wagner.

While the Wagner Group may have both financial and political goals, it is essentially an arm of Russian state policy, according to SOFREP. They have never been employed anywhere without Kremlin’s approval. “I make no distinction between Russian soldiers and the Wagner Group — the way they cooperate,” said Jasmine Opperman, a South African terrorism expert quoted by SOFREP.

Some analysts argue that Wagner is simply a disguised unit of the Russian Ministry of Defence employed as a proxy in its ‘Hybrid Warfare’ operations in conflicts where Russia can claim deniability. Significantly, unlike U.S. PMCs like DynCorp and the old Blackwater (now Academi) that generally protect U.S. government facilities in combat zones, the Wagner Group directly engages in combat, explains TCB.

Wagner also has especially dodgy financing. This is intended to hide its funding as much as to evade U.S. sanctions. As described by TCB:

…in CAR, Wagner was partially paid in gold and diamonds. Payment like this is ideal for an organization interested in concealing its finances. Precious gems are portable, evade scrutiny of the formal financial system, and are easily laundered. Similarly, it has been reported that the Wagner Group was paid in natural resources, specifically oil and gas, for its work in Syria. Being paid in commodities and precious gems is important since the Wagner Group is subject to U.S. Treasury Department sanctions pursuant to E.O. 13660 (a sanction regime focused on illegal activities in Ukraine).

Wagner was first seen operating in Russia’s military takeover of Ukraine’s Crimea peninsula in 2014, where they fought alongside regular Russian forces — both acting as Moscow’s “little green men” — and in the pro-Russian insurgency which followed in Ukraine’s Donetsk and Luhansk regions.

In 2018 Wagner surfaced in Syria, where, according TCB, “it was routed by U.S. forces” in a firefight near a Conoco gas plant, in February of that year. As TCB added, “Despite the setback, the Wagner Group’s decision to instigate a fight reflected the group’s mission — preserve oil and gas access for the Assad Regime.” (RELATED: Russia Tests U.S. Resolve in Syria)

Beyond that tactical defeat though, according to SOFREP, “Russia’s Wagner Group is having an increasingly difficult time in Africa. About a year ago, Moscow was crowing about beating the West and China in securing private military contracts, underbidding several western countries’ bids by touting their “Syrian Model” of success… But all of that euphoria is drying up.”

This was especially apparent in Mozambique, reported SOFREP, where in late 2019 the “overconfident” Russian Wagner forces, supported by Hind Mi-24 helicopter gunships and transported on Mi-17 Hip helicopters, moved deep into the Mozambique-Tanzania border region, and then faced a far bigger ISIS insurgency than they bargained for.

As TCB notes, while the U.S. continues to drawdown its military presence in places such as Africa, Latin America and the Middle East, Russia will try to use entities such as the Wagner Group to expand its influence and exploit any power vacuums the U.S. provide. Fortunately, for the U.S., recently, Wagner has not appeared very adept at its mission.

Yes, Putin has mobilized the democrats in America! The war has started, kill everyone you find!!!!

I wonder if private enterprise military forces in Russia are perceived as serving the greater good.

Does those of America serve the greater good ??? In the old days they were called “mercenaries”…