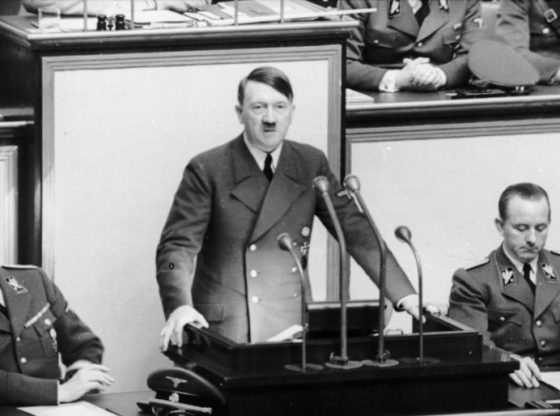 According to a shocking new report, a fifth-grader at the exclusive Maugham School in New Jersey was allowed and encouraged to dress up as mass murderer Adolf Hitler and give a presentation on the genocide of six million jews.

A fifth-grade student at the Maugham School in Tenafly, New Jersey, dressed as Adolf Hitler to deliver a teacher approved character development project on the mass murderer to the class. An investigation has begun under the office of the superintendent.

Last week, the student presented their character development project dressed as Hitler and wrote in first person that the dictator’s “accomplishments” were “…uniting a great mass of German and Austrian people behind me.”

The student continued, “I rose to power as the leader of the Nazi party, becoming chancellor in 1933 then assuming title of Fuhrer and Reichskanzler in 1934.”

The student then explained Hitler’s titles. “Fuhrer and Reichskanzler means leader and chancellor. I was pretty great wasn’t I?”

The school is now reportedly investigating the incident after being shamed by local media, but the real question is why a seemingly progressive school would allow its students to do a report glorifying the mass murderer of jews in the first place.

Big deal, so what?

My kid wouldn’t have dresses as hitler. I blame the parents or whoever is supposed to be in charge

History is history. Stop the hysterics.

Such a true democrat communist proclaiming “how great I am” as hitler.