Rep. Walorski: Let’s Get Americans Back to Work 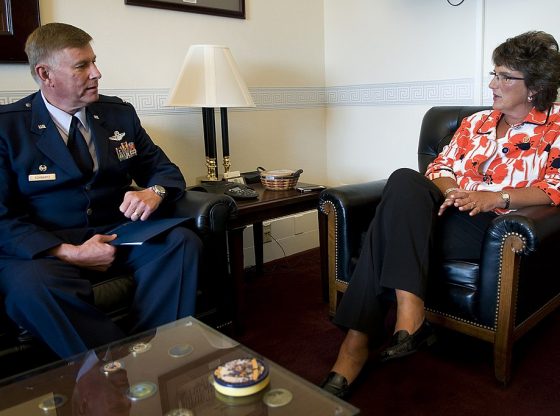 U.S. Rep. Jackie Walorski, R-Ind., has been hitting the hustings, trying to explain to every American who will listen that the so-called unemployment benefit enhancements are helping keep the economy in the doldrums, especially in the state’s still suffering from lockdowns imposed during the COVID pandemic.

“One of the things I hear every time I go back home is this unemployment issue,” Congresswoman Walorski said. “I’ve got companies that have signs in every single window as you drive through the highways, and the roads, and streets in my district. They can’t hire. They can’t even get people to respond to an interview, because in Indiana with the unemployment [benefit] rate being $400 a week plus the supplemental unemployment at another $300 a week – $700 per week, $2800 a month – they’re not going to work.”


“Our unemployment rate is below 4 percent,” she continued during an interview with Newsmax TV. “And if there’s anything to get people out of the house and back to work, that’s the only thing that will spur this economy.”

Walorski has been a leader in the effort spearheaded by congressional Republicans to pass legislation that would transform the Pelosi/Schumer enhanced unemployment benefits into return-to-work bonuses.

As the top Republican on the Worker and Family Support Subcommittee, Walorski recently hosted a roundtable discussion with Main Street job creators on challenges they face in hiring the workers they need. The South Bend Tribune – a major newspaper in Walorski’s Indiana congressional district — last week reported local business owners are “competing against enhanced unemployment benefits and other programs that were established to help people during the height of the pandemic. And they’re worried that a robust recovery could be hampered by a shortage of workers.”

The $1.9 trillion spending bill Democrats passed into law extended supplemental unemployment benefits of $300 per week until September 6th, the House Ways and Means Committee said in a release. The American Action Forum estimates nearly 40 percent of workers could make more on unemployment at this level than they would earn by returning to work.

Walorski, Brady, and 13 other Republicans introduced the Reopening America by Supporting Workers and Businesses Act of 2021, which would allow states to turn enhanced unemployment benefits into a one-time return-to-work bonus of either $1,200 or $600. It would also provide support for reemployment services for laid-off workers and reinstate the federal requirement that those receiving unemployment be engaged in actively searching for a job.

Get rid of the commiecrats and things will get better

That’s the problem Americans aren’t aware of: They’re ALL “Commiecrats”. The only “Conservative” aspects of our leadership consist of platitude pearls being cast among the swine to convince their constituents that they have a voice. We don’t HAVE a voice, since the media and internet have quite handily silenced public opposition to the process of implementing a Socialist government. We’re also being deprived of our other ‘voices’; those being the reports from our Constitutionally provided weapons.

Does this mean we’ll all have to move to China and Mexico…where our jobs went to?

The cards are stacked against us but we can still stick together and win I’ll never give up my rights as a free American no matter what the cost. As people used to say during the Cold War, “better dead than red “.

We “stuck together” to install a non-politician President to drain our Washington swamp and try to restore American Sovereignty, National Security and Economic Vitality. What we got was this phony virus that accorded liberals the means to garner votes from non-citizens, or from other questionable sources. Not only that, they forced us to get vaccinations and wear masks, socially distance ourselves and dance to their other tunes. These liberals are control freaks, and they demonstrate those tendencies constantly. If we’re supposed to “Stick Together” in order to reverse this process, we’ll have to recognize and acknowledge that we’re up against a juggernaut of determined and nefarious zealots who know no bounds to their powers to stop us.

I agree with you. That was the reason we fight in wars is to make sure we Americans stay free

There is no way the democommies will let this legislation pass! They need to keep the lemmings on the dole to control them!