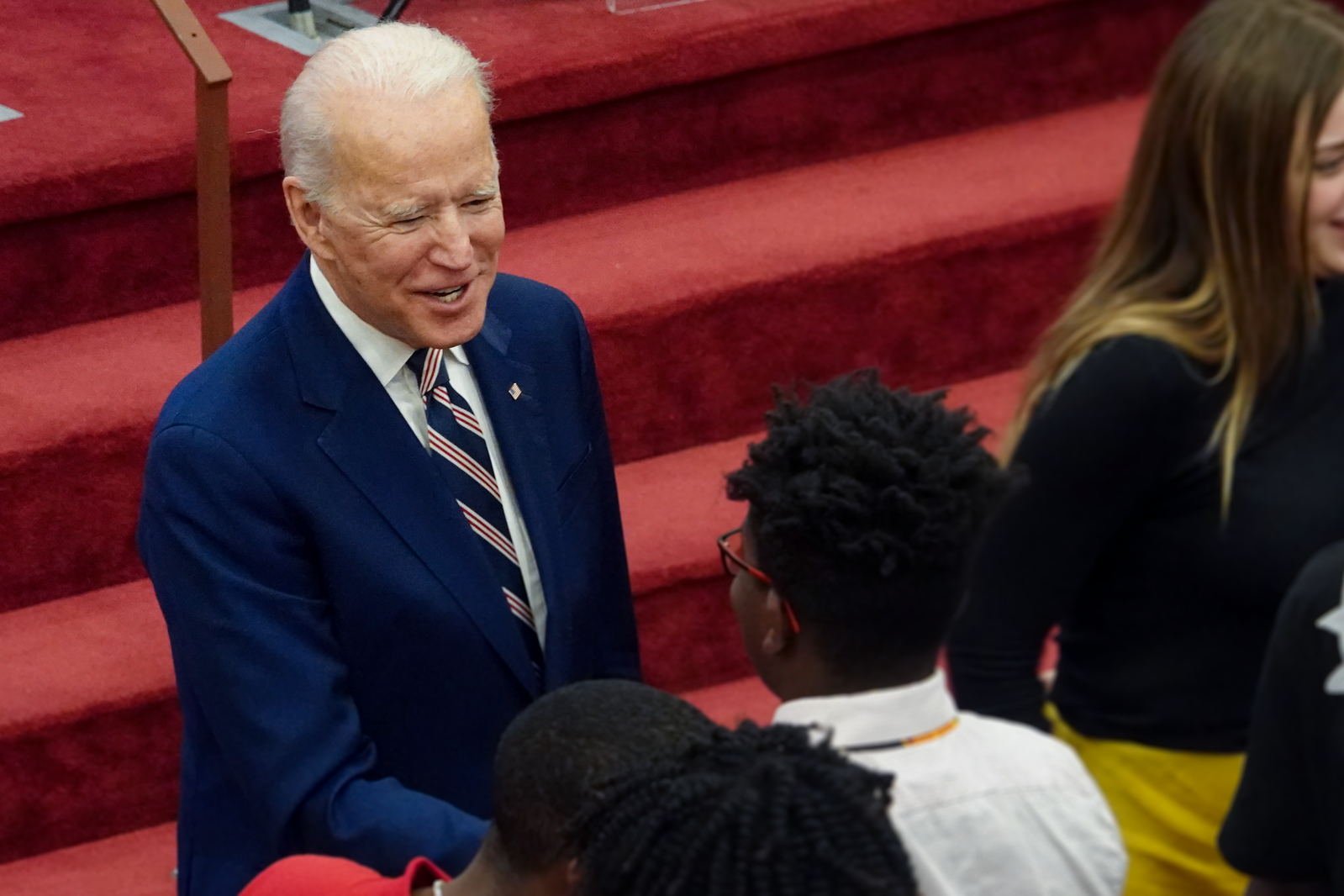 Joe Biden’s campaign rally claim that he was “raised in the black church politically” and “involved in the civil rights movement” as a teenager has been contradicted by church officials.

During the Democratic primary in January, Biden proclaimed at an NAACP event in Iowa that his political identity was molded by time spent attending a black church. “I was raised in the black church politically — not a joke,” he said to the audience. “That’s what I’m part of. That’s where my political identity comes from. And it’s the single most loyal constituency I’ve ever had.”

Days later at Bethlehem Baptist Church in South Carolina, Biden detailed his involvement with the black community as a youth. “When I was a teenager in Delaware, for real, I got involved in the civil rights movement,” he claimed. “I got my education, for real, in the black church, and that’s not hyperbole, it’s a fact.”

Biden went on to cite specifics about the church and anti-segregation protests he became involved with. “I’d go to 8 o’clock Mass, then I’d go to Reverend Herring’s church where we’d meet in order to organize and figure where we were going to go, whether we were going to desegregate the Rialto movie theater or what we were going to do.”

Civil rights activist Shaun King wrote that the former Vice President’s “absurd” assertions were untrue. He claims that Biden is “falsely claiming” that Reverend Herring was his mentor in 1960. “Four different people in Wilmington expressed to me that these claims of Biden are so outrageous and dishonest that it caused them to truly worry for his mental health.”

Now members of Union Baptist Church, formerly run by Herring, have gone on record to contradict the Democratic nominee’s claims. Herring’s decades-long assistant, Phyllis Drummond, told The Washington Free Beacon Biden didn’t attend church there in the sixties. “No. Not at our building.”

Another longtime member of the church, Juanita Matthew, said Biden had become “a great friend of the church and pastor,” years later after his wife and daughter were killed in a 1972 car accident.

Biden himself has contradicted his own claims in a 1987 press conference, noting that he was concerned about the civil rights movement in the “60s, but “I was not an activist.”

He cited a 1962 job at an all-black swimming pool in Wilmington as the first time he got a “dose of exposure” to racial disparity. “It was an incredible awakening to me.”

It was also when he was 20-years-old, and not during his teenage years as he claimed. The former church members who spoke to King might be right to worry about Biden’s mental health.

This Biden can’t tell the truth about anything.

For those of us that actually did the things he’s falsely claiming, he’s offensive, infuriating, and disgusting. Go away you dishonest, exploitive, POPooh Biden. Biden’s also one of the most racist people those in the know have ever seen, past and present. Biden embarrasses and causes shame to any decent, moral, and honest person.

You can sign me the little blond white girl that did truly go to Del. State (before renamed university) and was also baptized in an all black Baptist church in Chester, Pa.

The demonRATs ALWAYS accuse others of what they are guilty of, it’s the ONLY yard stick by which they judge you by, what’s in their own hearts and minds. When they call you a racist, and accuse you of crimes, it is because they are racists and they are guilty of those crimes. PERIOD.

They are pure scum.

What do you expect? He’s a Democrat and a politician.

Dr Kind niece supports TRUMP because she knows Biden is full of it.