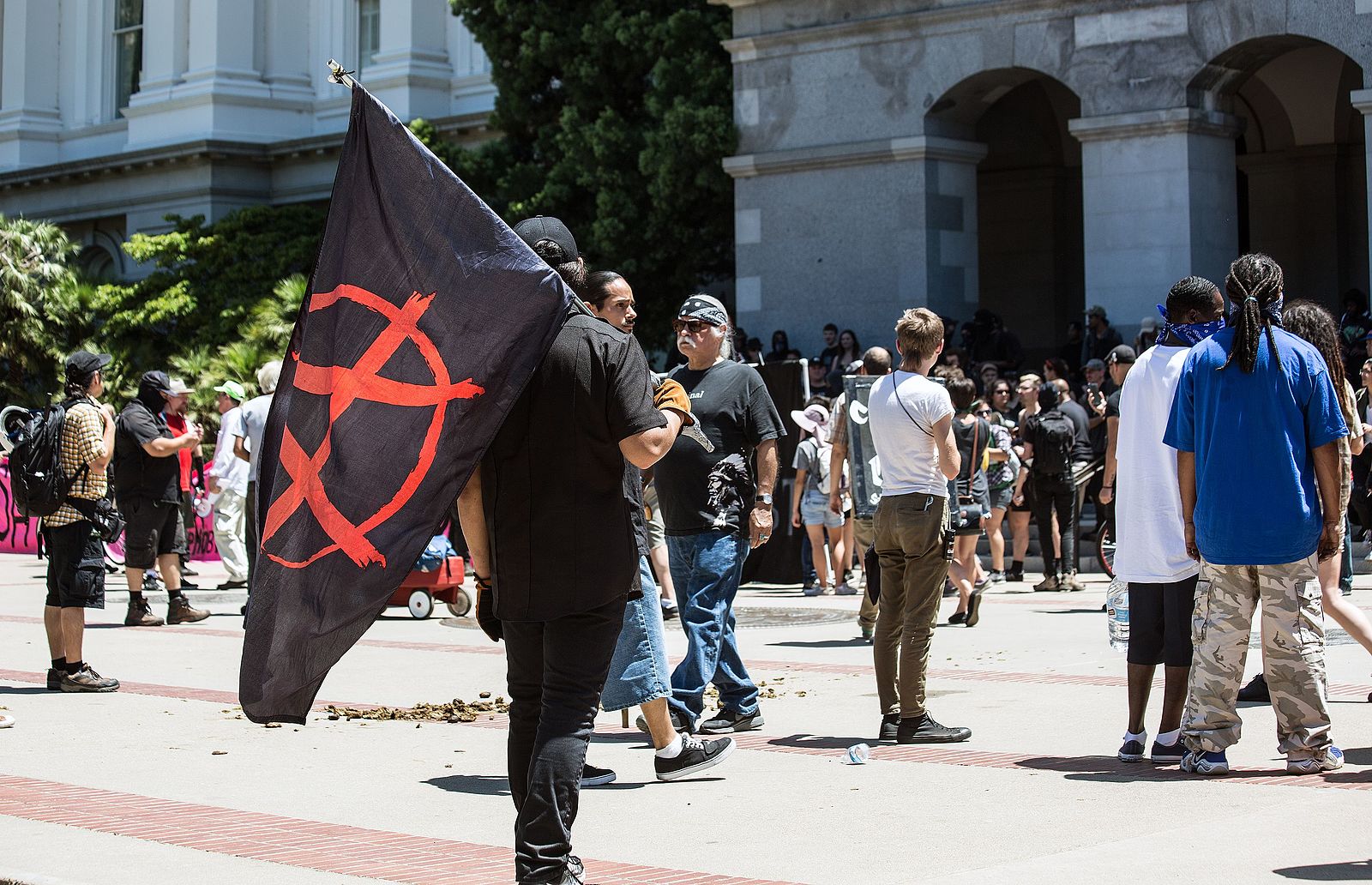 ANALYSIS – Though ideologically sympathetic left-wing supporters of the BLM movement insist that ‘right-wing’ extremists are the only domestic threat in the U.S., increasing evidence points to the role of Leftist anti-police rhetoric and chaos in inciting and providing moral cover for anti-government anarchist groups of all stripes. I highlighted this clear overlap in my piece on the recent Department of Homeland Security (DHA) threat assessment report.

While the DHS report focused attention on White Supremacist Extremists (WSE) as the “most persistent and lethal threat in the Homeland,” that report, using data from 2018 and 2019, in today’s hyper fast-changing environment, may already be dated.

White Supremacists remain an extremely serious danger, but ideologically amorphous, anti-government, anti-police anarchist groups may now be as serious, or even superseding the WSE threat.

Meanwhile, nationwide BLM protests and violent riots vilifying the police and calling to defund law enforcement only add fuel to the fire that the anarchist terrorists are trying to ignite. Especially as one political party seems to not only ignore but encourage and enable this dangerous rhetoric and chaos.

The most recent example of this extremist ideological fusion – the plot to kidnap Michigan governor Gretchen Whitmer.

As USA Today reports, “Michigan law enforcement is on high alert after the FBI revealed that a suspected plot by extremist groups to kidnap Gov. Gretchen Whitmer also involved a ‘plan to target and kill police.’ These extremists cannot be easily categorized as right or left-wing.

Their members appear to include persons leaning both ways. What they have in common is an anti-government and anti-police agenda and intent to commit violence.

One of the suspects in the plot to kidnap Michigan Gov. Gretchen Whitmer is an anarchist who called President Trump an “enemy” and a “tyrant.” The Washington Times reported that social-media posts by Brandon Caserta show a video of him bashing Trump while sitting in front of an anarchist flag.

“Trump is not your friend, dude. And it amazes me that people actually believe that when he’s shown over and over and over again that he’s a tyrant,” the accused terror suspect says. “Every single person that works for government is your enemy, dude.”

Another of the alleged plotters, 23-year-old Daniel Harris, a former enlisted U.S. Marine, reported the Washington Post, attended a Black Lives Matter protest in June, telling reporters at the time that he was angry about the killing of George Floyd and police violence,”

It is a shame what happened with George Floyd and instances where law enforcement officers murder an unarmed man/woman who isn’t resisting arrest, was complying with the orders is wrong and need to be stopped. You look at photos and videos of news teams and protesters being beaten by riot police when they are there peacefully, you see people losing their eyes because of an officer shoots them with a ‘non-lethal’ round like pepper balls, or rubber bullets.

Harris added, “I’ve gone through that sort of training and I can promise you weapons like that they can turn into a lethal round.”

Ultimately, whether from right or left, anti-police rhetoric and rioting is only intensifying the threat posed by domestic terrorists.

Bob Stevenson, a retired police chief now executive director of the Michigan Police Chiefs Association, said in the Detroit Free Press, “In our training, we view all extremist groups as dangerous…. We’re not under the illusion that because someone’s politics are left or right that they’re not dangerous.”

blm is racist ALL LIVES MATTER

they KILLED a young lady for saying that about 2 months ago. black lies matter should be outlawed for terrorism.

Created by bo for his treasonous marxist wannabe dictatorship !

Also blm is a race baiting cult created by barack obama to instigate racism to support his own wannabe dictator whims & ways after failing in 8 years to be dictator over the U.S.A. ! Appears all the criminal acts in the last 3 years were instigated by bo, hilary dems trying to win 2020 election by degrading POTUS Trump with far left conspiracy lies creating blm, antifa looting, riots & murder !

People who initially accepted BLM as an activist matter to raise awareness of black men being murdered and to make changes has morphed into a more violent excuse to hurt others, damage property etc. Is it just me, or should all these people go back to work? Oh right, they still live at home.

DEFUND WELFARE! No time to riot when one has to work!

Who commits most homicides in the U.S.
Hint: if it was whitey, the media would be spewing that 24/7. But guess what, they avoid that so there’s your answer. lol lol

I doubt it morphed . More like it always was a violent group of extremists pushing to see how much they could get away with . Turns out , it was quite a lot thanks to leftist leaning politicians . And now that they have pushed the limits they keep expanding them and pushing more . Fresh demands with a long list of ancient grevencences that none living today have ever had to experience . Destruction of property and violent bodily harm to any they suspect disagree . A page from not to distant history , Adolf Hitler and his brown shirts began much like this . A warning to all , those who ignore history are doomed to repeat it . Now that the Genie is loose from the bottle , it will be he’ll putting him back in .

Muslini & the black shirts in Italy.

Don’t know about the 95% number but certainly a large part of blm is white.

Police and citizens, Protect yourselves, property, and each other. Time to take out the communist trash. These alphabet terrorist groups need to be destroyed, top down. Any elected official that sides with them is one of them and must be erased.

Semper Fi. Agree completely. What needs to happen is the way it was done 60 years ago….law enforcement and dogs were brought in to corral troublemakers, who were then loaded onto buses and hauled to jail. The streets were cleared fast, businesses could reopen quickly, and traffic could move. The troublemakers usually got a fine and some time. Paid troublemakers need a big fine and real time. Thirty days hath September, April, June, and peace offenders.

Anyone recall a Sufi film called Soylent Green . People rioting and the police dealing with them . “Send in the Scoops” Trash trucks converted to paddywagons . A large bucket blade scooping them up and dumping them in the bed . Dump them out at the jail facility . Or perhaps they just compacted them . After all , Soylent Green was People !

hehe so are you tho and i guess i am as well that was a crazy movie..

Those that provided the funds should be arrested for “aiding & abetting” terrorist acts.

Agree, I salute your service, grunt.