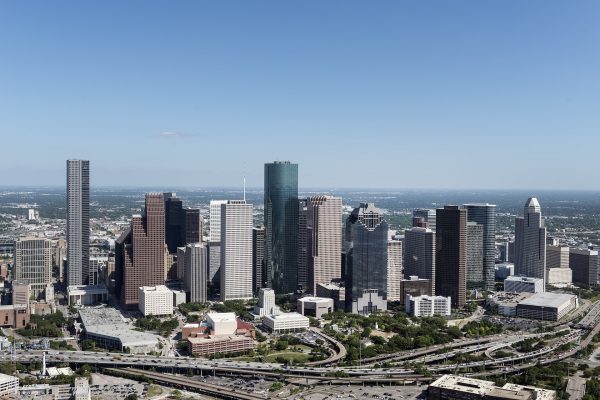 State Senator Royce West came up 4.2% short in his attempt to become the Democrat Party’s nominee for the U.S. Senate in Texas.

West wasn’t merely running against the eventual nominee, Mary Jennings “M.J.” Hegar, but also the Democrat Party establishment, which had coalesced around her ascending candidacy.

Despite polls showing incumbent Republican John Cornyn in a vulnerable position, West is not furiously campaigning on Hegar’s behalf. He’s not even voting for her, telling Austin’s big daily paper that Hegar has a “problem” with black Americans.

A troubling allegation made all the more damning by the fact that West is a black man. (The Washington Free Beacon)

“[Hegar has] had a problem all along with black folks, I mean realistically, a real problem,” said state senator Royce West. “She has never reached out … I’m not voting for her; I’m not voting in that race.”

West challenged Hegar during the Democratic primary and lost by a narrow margin during a July runoff election. Hegar had the support of prominent national Democrats, including Sen. Elizabeth Warren (D., Mass.) and Senate Minority Leader Chuck Schumer (D., N.Y.), which some say may have been the deciding factor in the race.

In the final stretch of the primary, Hegar accused West, who vied to be the first black senator from Texas, of corruption and questioned his commitment to the Democratic Party.

Hegar’s opponent, Sen. John Cornyn (R., Texas), said Hegar’s line of attack against West was offensive. “There’s a reason why Royce West doesn’t call up M.J. Hegar, because [of] the way she treated him during the primary,” the senator said during a debate last week. “She basically suggested that the state senator, an African American, a successful lawyer, the only way he could attain that was to be corrupt. That’s the way she treats people.”

Hegar claims that she never sought an endorsement from West because they’re empty gestures representing “a big part of what’s broken in politics.”

Cornyn currently leads Hegar by more than seven points in the RealClearPolitics polling average. The Cook Political Report has placed the race in the competitive “Lean Republican” category.

READ NEXT: Ted Cruz Warns Recent Developments May Have Trump on the Ropes >>

Everything You Missed From Day One of the Barrett Hearings
Pentagon Focuses on ‘Irregular Warfare’ Against China, Russia

What the hell is a prominent democrat?

What is a top demonRat ? Same issue I have. These reps try to elevate themselves above the people. When, in fact, they are the servants of the people and nothing more. They tend to think they are of the royalty class.

How does the people deflate politicians? simple just do what the good people of Iceland did, ,they surround the castles [so to speak] and entered the castle and drag the corrupt politicians out and made citizens arrest and as a symbolic gesture threw them in a dumpster! Americans have a false mindsets that any government is too big to fight or fail and having blind patriotism to the corrupt politicians who they prop up as better than them , they do Nothing!

I know who this deplorable is voting for.

Democrats are so fake & played out!!!