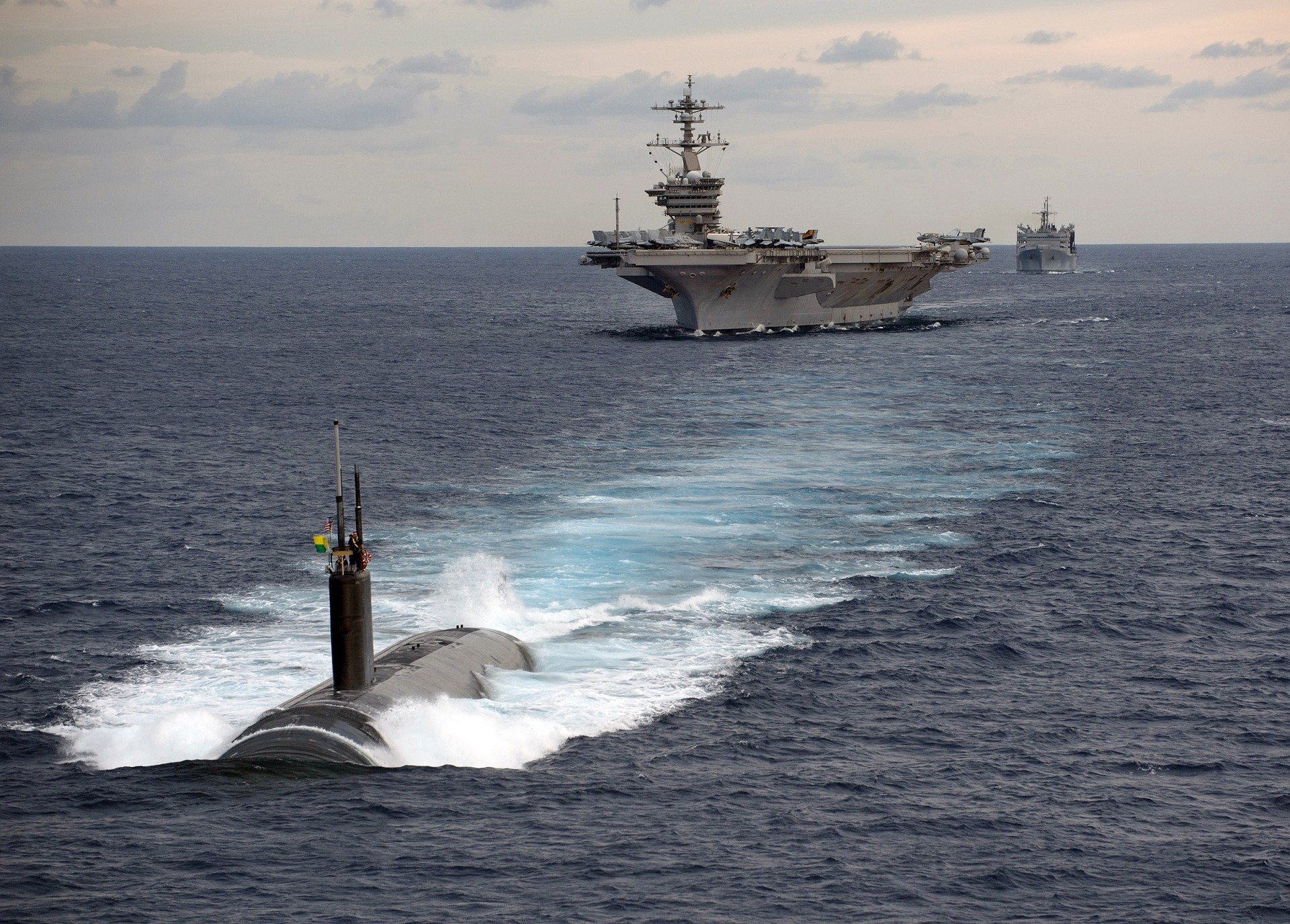 
While the U.S. deployed numerous surface warships, including the USS America (LHA-6) amphibious assault ship “Lightning Carrier,” to the South China Sea to perform Freedom of Navigation Operations (FNOPS), and conduct joint training with allied nations such as Australia, no U.S. supercarriers have been operating in the Pacific for months (RELATED: U.S. Fleet Gains Powerful New Ally to Counter China).

That has now changed in a big way.

In addition to the supercarriers, each strike group includes cruisers, destroyers, jet fighters and other aircraft. These three carrier battle groups are in addition to dozens of other Navy warships already deployed around the Pacific.

As noted by AP, “this is the first time in nearly three years that three U.S. aircraft carriers are patrolling the Indo-Pacific waters and is a massive show of naval force in the region. It is also a sign that the Navy has bounced back from the worst days of the coronavirus outbreak.”

The AP added, “The unusual simultaneous appearance of the three warships…comes as the U.S. escalates criticism of Beijing’s response to the coronavirus outbreak, its moves to impose greater control over Hong Kong and its campaign to militarize human-made islands in the South China Sea.”

China experts see this as a warning to China not to mistake a momentary lull in U.S. carrier operations with any long-term lessening of US capability or resolve. As Bonnie Glaser, director of the China Power Project at the Center for Strategic and International Studies (CSIS) said to AP:

“There have been some indications in Chinese writings that the United States was hit hard by COVID-19, that military preparedness was low, so perhaps there is an effort by the United States to signal China that it should not miscalculate.”

I would say it is not “perhaps” but a certainty this is a warning to the Chinese Communist Party (CCP).

Rear Adm. Stephen Koehler, director of operations at Indo-Pacific Command also told the AP that while it’s not likely there will be three carrier strike groups consistently in the Pacific over the long term, “it’s something we can do when we want to.”

The Admiral added, “Carriers and carrier strike groups writ large are phenomenal symbols of American naval power. I really am pretty fired up that we’ve got three of them at the moment.”

I am pretty fired up as well, and am sure the CCP and PLAN are too, though in a very different way.

As USUAL, China is our worst enemy……STILL!

I am making a good MONEY (500$ to 700$ / hr )online on my Ipad .Do not go to office.I do not claim to be others,I yoy will call yourself after doing this JOB,It’s a REAL job.Will be very lucky to refer to this WEBSITE……………..Click Here

You can expect that China will intimidate our carrier groups with “close” fly-overs and that once again we’ll do nothing about it but complain.

Allan Scott, Not sure what you think your comment is worth, but President already issued order that if our military is being threatened, to take positive action. China is not dealing with a ring kisser, or bow down politician now. So they had better not miscalculate. Whether China leader is speaking, or cabinet officials. I served many years ago, and the officers I knew then, were also action types. Not politicians.

You left out N. Korea. Kim’s sister is making all kinds of noise about how S. Korea is provoking them and just may decide to attack the south. If that happens it could draw the United States in to act and then bring China in to help the North. WW3 will be the result.

oh why don’t we just sit back and let CHINA takes us over Is that what you would like the US to do. Just saying I don’t want a third world war But we have always had to fight to be free