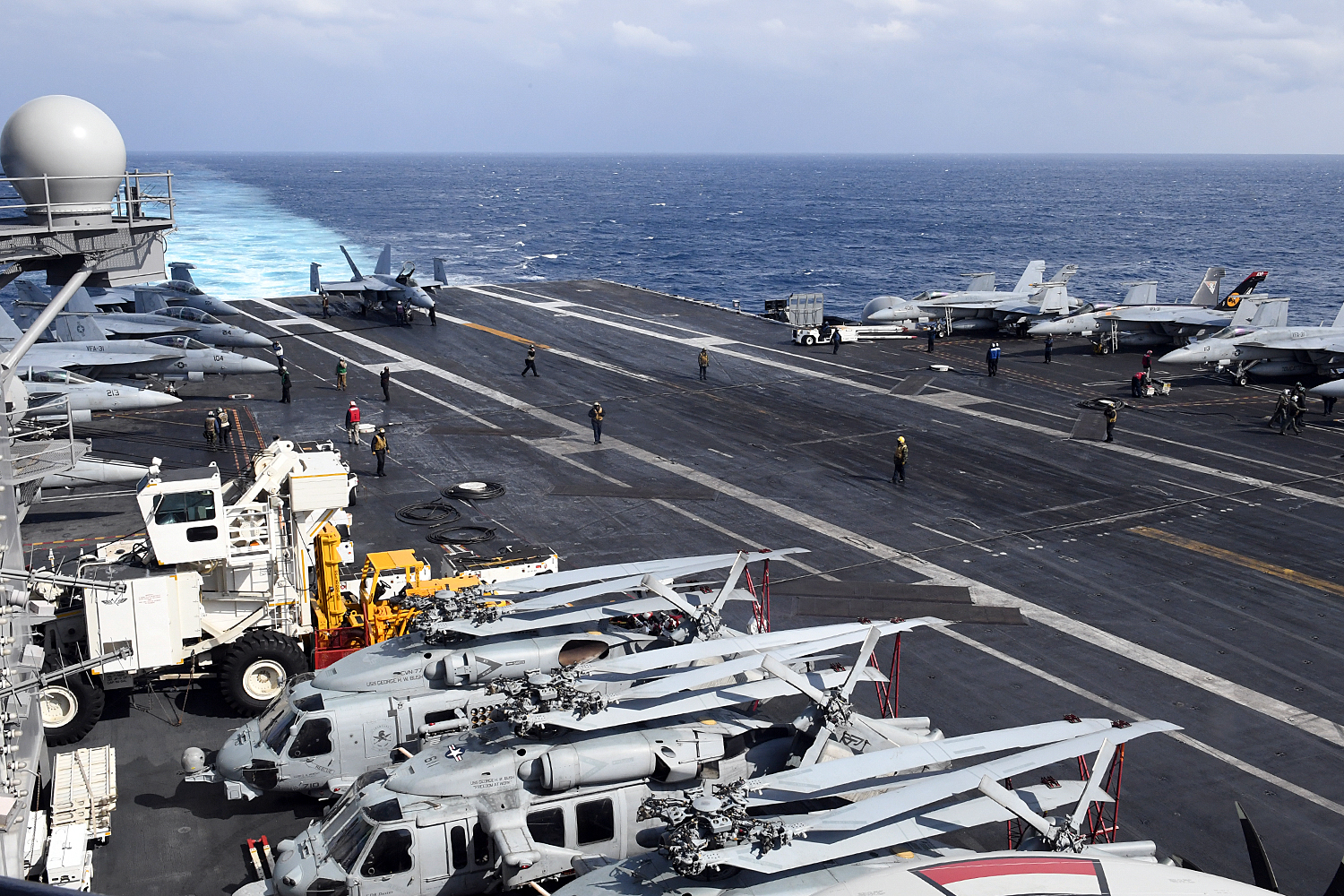 Per my earlier piece highlighting the current dramatic U.S. deployment of three supercarriers to the Pacific, following a recent surge of U.S. submarines in the region, China appears extremely unhappy by the massive U.S. show of force. The Chinese Communist Party (CCP) had been taking advantage of the temporarily sidelined U.S. carriers due to COVID-19 to project an image of a weakened U.S. and make its own show of force and bullying in the South China Sea and around Taiwan (RELATED: Captain of COVID-19-Stricken U.S. Aircraft Carrier – Hero or Danger?).

Previously I called all these moves the “aircraft carrier information wars.” With the latest U.S. naval deployments, the U.S. has clearly changed the narrative (RELATED: U.S. Navy Challenging China Throughout South China Sea).


The USS Ronald Reagan and the USS Theodore Roosevelt are both patrolling in the western Pacific, while the USS Nimitz is in the eastern Pacific. This represents the biggest deployment of U.S. aircraft carriers in the Pacific since 2017.

This three-carrier deployment comes after the U.S. Pacific Fleet said last month that all its forward-deployed submarines were at sea conducting operations in the western Pacific. CNN noted that experts said this likely involved more than eight stealthy fast-attack vessels.

Carl Schuster, a former director of operations at the U.S. Pacific Command’s Joint Intelligence Center, said in the CNN report that this attack submarine surge wasn’t a coincidence.

“The (Chinese navy) doesn’t know where those submarines are and that complicates any response calculations and planning,” he said — especially when Beijing now also has to account for three aircraft carriers and their accompanying destroyers and cruisers.

As expected, China responded quickly trying to portray the U.S. actions as provocative. As reported by CNN, quoting a report in the CCP mouthpiece, Global Times:

“By massing these aircraft carriers, the US is attempting to demonstrate to the whole region and even the world that it remains the most powerful naval force, as they could enter the South China Sea and threaten Chinese troops on the Xisha and Nansha islands (Paracel and Spratly islands) as well as vessels passing through nearby waters, so the US could carry out its hegemonic politics.”

China’s Global Times report also included some chest thumping of its own, noting that “China possesses aircraft carrier killer weapons like the DF-21D and DF-26 anti-ship ballistic missiles,” adding that Beijing could hold drills in response to show off its anti-carrier firepower.

The reality though is that this current show of U.S. naval might in China’s backyard — for now — effectively countered China in the information wars.

Collin Koh, at the Institute of Defense and Strategic Studies in Singapore, said in CNN that China reacted strongly because the presence of the carriers conflicted with Beijing’s portrayal of the US Navy as a force crippled by the coronavirus pandemic.

“It goes against the narrative that China wanted to put forth that the U.S. was under stress in the Pacific,” Koh said.

Thankfully, this administration, and the U.S. Defense and Navy leadership, understand that optics, and narrative warfare/ influence operations are critical elements in the Gray Zone Conflict we are engaged in with China. Expect more forceful U.S. actions in the Pacific to help tame China’s belligerent expansionism.

READ NEXT: Disguised Chinese ‘Naval Forces’ on the Move >>

I quit working my desk job and now, I starte­d earning 95 bucks hourly.How I did it? I am freelancing over the internet! My last job didn’t exactly make me happy so I wanted to take a break and have a fresh start After 6 yrs It was weird for m­e t­o leave my previous job and now I am deligh­ted were i am……….Click More Here

China had better be careful in those waters. America might deploy its newest secret weapon. Hank Johnson might be sent to capsize one or two of the Spratley Islands. Watchootinkadat.

I am making a good salary online from home.I’ve made 97,999 dollar.s so for last 5 months working online and I’m a full time student. I’m using an online business opportunity I’m just so happy that I found out about it…………..Join Here

The Chinese navy is made by the same dumbassed disgruntled people! At Ford quality is job 1, in China quality is somewhere around 1000th place! Cheap and numerous that’s the Chinese moto!