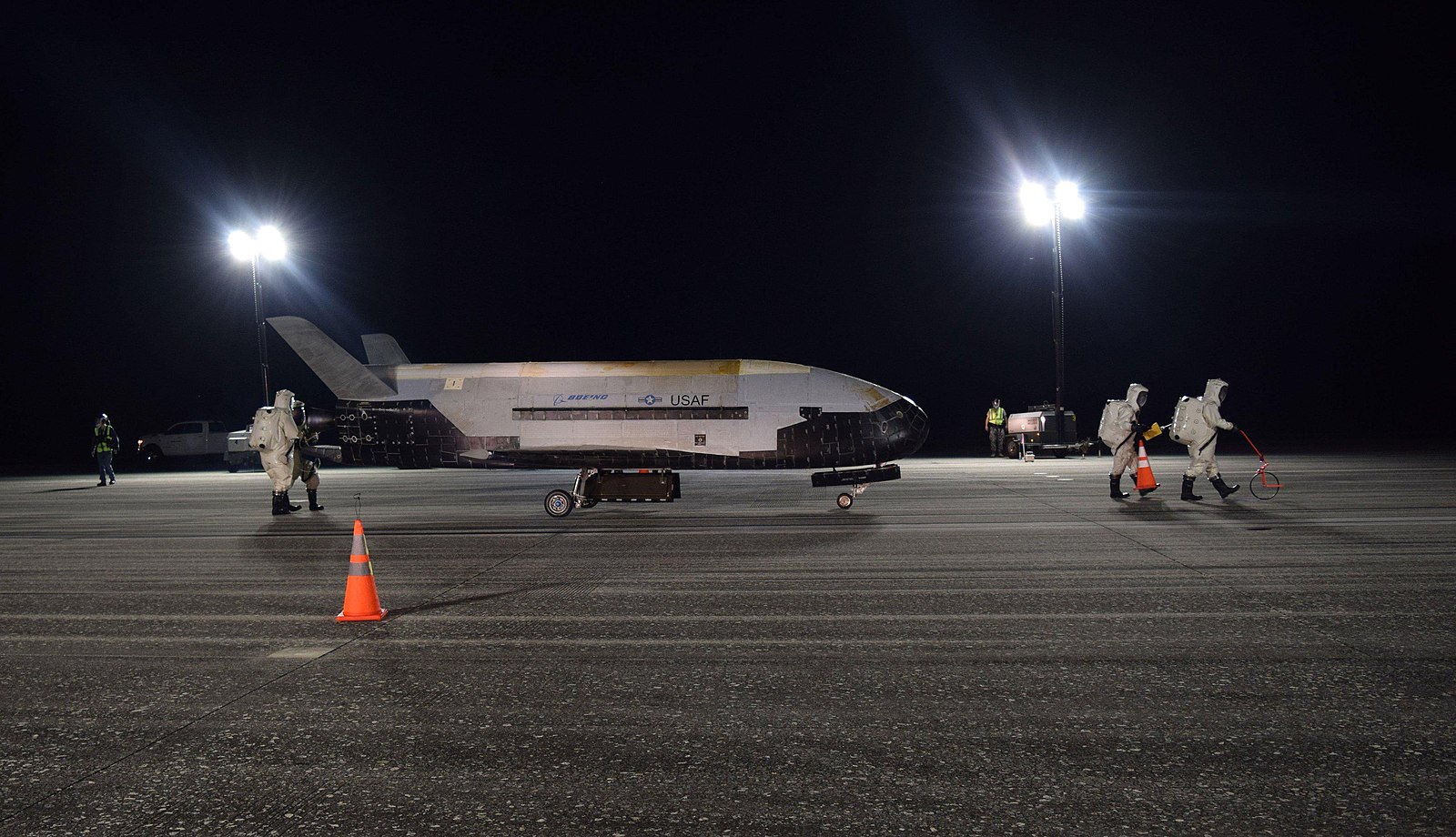 America’s 6th and newest military branch, the US Space Force (USSF), created by President Trump, was established in December 2019 under the civilian Department of the Air Force. It is commanded by a four-star General – Chief of Space Operations (CSO).

In a few short months, the USSF has created a logo and flag, absorbed staff from the Air Force, and other services, created a Headquarters at the Pentagon, and begun its focus on defending the U.S. from space-borne threats.


It also just launched a new mission of the secretive X-37B – ‘Space Plane.’ However, how Space Force intends to accomplish its mission, has remained fuzzy.

Is Space Force actually planning to fight in Space?  The answer is – yes.

As noted by Universe Today, “Until now, the tasks of the USSF have been a bit ambiguous. The term ‘space warfare’ tends to conjure up many images, most of which are fun but not realistic—aerospace fighters dogfighting in orbit, militarized satellites and spaceships firing directed energy weapons and rail guns, and rayguns that go ‘pew, pew, pew!’” But this image may soon be changing.

While much of what the USSF will do – by necessity – will be earth-based, and highly technical, Space Force is preparing for space combat. As reported by Space News, U.S. Space Force intends to “fill its ranks with expert operators who can command and control satellites but also can protect them from anti-satellite weapons and cyber-attacks.”

Space Force leaders will, of course, be preparing to defend against China or Russia targeting U.S. satellites with missiles or electronic weapons but will also be defending against less sophisticated threats. “It’s a lot easier as an enemy to come at us with a Wi-Fi connection and a laptop and try to cyber hack things than it is to go to the harder things like ASATs,” Brig. Gen. DeAnna Burt, director of Space Force operations and communications told the Space Force Association (SFA).

Space Force capabilities won’t be limited to these missions alone, though, and Space Force leaders call the full gamut of what is needed for space combat – “space warfighting skills.”

Meanwhile, USSF is training its first generation of officers. As reported by Space News:

“The new undergraduate space training class graduated last month at Vandenberg Air Force Base, California. They will head to Colorado Springs this summer for “space warfighter follow-on” training and will bid for one of the new career tracks, Burt said. The specialization will continue beyond that as operators start working on specific weapon systems “so you start building that depth,” she said.

“It’s going to take 10 years before those individuals are squadron commanders and squadron superintendents,” she said. These will be the experts who will shape Space Force doctrine and strategy. “That’s how the culture is going to change as well,” she said. “But it takes time. I wish it would go faster but it just takes time.”

It will take some time to get Space Force operating effectively as its own space combat entity, but clearly the USSF leadership has the vision and plan to take it there. Meanwhile, I’m still hoping for the addition of US Space Marines.

I question President Trump’s motive behind this.? We are in a closed system. The stars are in the firmament. The sun and moon are below the firmament. We do not live on a spinning ball. So it will be interesting to watch this all play out.

From what I have been able to glean from the announcements and hints meant to boost the actual abilities will be one that target the weapons that can do the greatest damage to our space infrastructure. we rely on communication from satellites for every aspect in our military and security for our nation. these are the most vulnerable and easiest to disable or destroy. they would cause the most problems. the major problem is that it doesn’t need to be large or complicated to do the job. an object the size of a baseball with just enough fuel and simple on switch for a guidance rocket could put it in the path of a critical satellite and it just needs to sit their and wait until it slams into its target. this could sit and wait for years until needed. something much more destructive would be a device that would drop from orbit and explode producing an EMP that would destroy a large part of our grid that couldn’t be repaired for years. many of the substations having transformers so large that it would take years to replace. many were produced in foreign countries. true defense would be to know the size and where each set that could be taken for more critical areas that provides goods that would produce the necessary goods so people could survive. many ways that could be used to provide power to hospitals need to be looked at and a plan to be implemented in advance. sadly we have resources that are not used because we have an industry that is protected by government. as my mother told me an ounce of prevention is worth a pound of cure. using such a device is hard to do. making the results of its use as ineffective as we can would be our best defense. the enemy wants to kill as many as possible. when their cost and the result isnt large enough other ways would be used. We have neglected our defense for many years with the false hope of world peace. While war has given some of our greatest advancements in technology and medicine many question the cost of such advancements. so what I see is a new threat that forces us into space first to defend and then to attack as government tries to tell us that it would be used for a preemptive strike. the reasons may be different but the reasons are the same. control and power. I see no answers. ——-Grampa