Gen Z Has Canceled the Thumbs Up Emoji 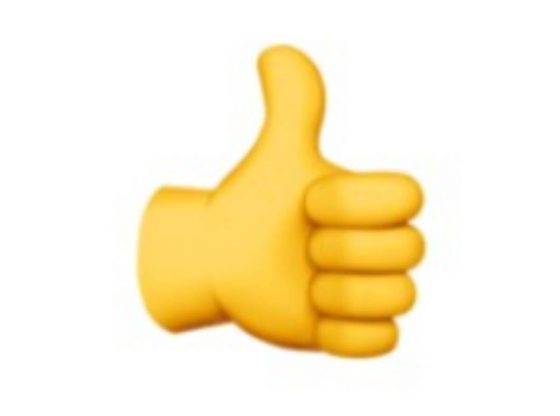 The popular “cancel culture” phenomenon is back again this time bringing down the thumbs up emoji. After a Reddit thread got popular this past week, Gen-Z, those born in the late 1990s to early 2000s, have decided the thumbs up emoji is rude and hostile in a work environment. Many feel attacked when hit with the emoji in a work setting.

The issue Gen Zers are having is that the thumbs up emoji is used in pop culture, sarcastically. Which is opposite to how their older coworkers use the emoji at face value. This is creating a misinterpretation of the emoji between coworkers leaving many younger professionals confused as to whether John is dissatisfied with their work or if he in fact found the work to be satisfactory.


Now Gen Zers are faced with the dilemma of relearning emoji’s with workplace definitions or holding out hope that soon enough older generations will come around to learning the new meanings behind emojis.

While you might expect those confused by the meaning of emojis could just look at the context they were used in, apparently that isn’t happening these days either.

Other previously canceled emojis, especially in work environments, include the red heart, the ok hand symbol, and the checkmark.

I will use the thumb up or any other little cartoon I want. No gen z is going to tell me what to do. Take your little baby whinny butts back to your mommy’s basement. The people are done with your cancel culture crap. Do you really think people are going to put up with this ? No. America is done with democrats, woke, cancel or any other culture nonsense.

Can everyone just grow the hell up? Good Grief!
WaaaWaaaWaaa.