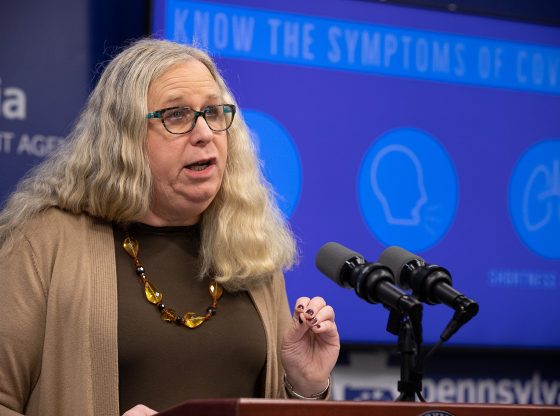 Twitter has now apparently suspended the Christian satire site ‘The Babylon Bee’ from its platform.

The Babylon Bee story was a reaction to USA Today’s naming of Levine, who is US assistant secretary for health for the US Department of Health and Human Services, as one of its “women of the year” last week.

Twitter says it will restore the account, which has more than 1.3 million followers, if the Bee deletes the tweet, but Dillon says he has no intention of doing so.

“We’re not deleting anything,” Dillon tweeted from his personal account. “Truth is not hate speech. If the cost of telling the truth is the loss of our Twitter account, then so be it.”

The banned article notes that Levine “serves proudly as the first man in that position to dress like a western cultural stereotype of a woman. He is also an admiral in the US Public Health Service Commissioned Corps. What a boss!”

The CEO of the Babylon Bee tweeted out the suspension news from his own account:

I just received this notice that we’ve been locked out of our account for “hateful conduct.” pic.twitter.com/udMriKcDr6

So @thebabylonbee has been suspended from Twitter for noting that Rachel Levine is biologically male, using the word "male" to describe the phenomenon of being biologically male, as all humans everywhere have for all time. That is where we are.

We are done pretending. https://t.co/pfyDPLWpiB