Mayor of Boston Compares Passports Pushed by Liberals to This 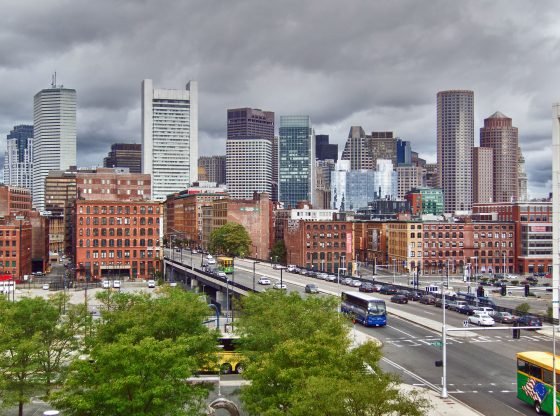 Boston Mayor Kim Janey has now announced her opposition to the vaccine passports favored by many Democrats, blasting them as akin to modern-day slave papers.

Boston’s mayor said she wants to encourage people to get vaccinated against COVID-19 but compared the idea of requiring vaccine passports to several unsavory parts of American history.

She went on to compare vaccine passports or credentials to documentation requirements during slavery and the Jim Crow era. Janey also drew a comparison to the so-called birtherism conspiracy theory.

“There’s a long history in this country of people needing to show their papers,” said Janey. “During slavery, post-slavery, as recent as you know what immigrant population has to go through here. We heard Trump with the birth certificate nonsense. Here we want to make sure that we are not doing anything that would further create a barrier for residents of Boston or disproportionally impact BIPOC (Black, Indigenous and people of color) communities.”

It seems even some Democrats are refusing to go along with the plans of radical Democrats to make Americans ‘show their papers.’

Time to end corruption, A U.S. Prosecutor Refused to Take Action that Would have Revealed Hunter Biden’s Criminal Investigation Before the Election
Delaware U.S. Attorney David Weiss made a decision during the last presidential election that may have impacted the vote. Weiss decided against taking legal actions, such as issuing search warrants and grand jury subpoenas, surrounding a criminal investigation into presidential candidate Joe Biden’s son, Hunter Biden. If these actions had been taken it would have alerted the voters in America to the fact that Hunter Biden was under federal criminal investigation during the 2020 presidential election campaign. It was reported in Politico that this criminal investigation reached a point last summer, which was months before Election Day when investigators could have decided to make moves that would pique the interest of a number of voters. Weiss was against making these moves. Politico wrote, “Weiss, however, decided to delay taking any actions that were likely to make the existence of the Hunter Biden probe public.” They also noted that concerns about affecting the presidential election loomed large when Weiss contemplated arguments about advancing the investigation. This was according to an unnamed person involved in the actual discussions. Apparently, Weiss thought that no matter what he did, the decision was sure to come under scrutiny for signs of politicization. The criminal investigation focused on Hunter Biden surrounds his tax affairs and foreign business dealings. Blue Star Strategies is a Democrat lobbying firm and it is also reportedly under investigation for potential FARA violations related to Burisma, a Ukrainian gas company that hired Hunter Biden to be on its board. Politico ultimately conceded that the media largely ignored reports that Hunter Biden was under investigation until weeks after the election. It was The Daily Wire which was one of the few sites that covered allegations concerning Hunter Biden being under criminal investigation before the election. Politico noted, “In December, Hunter Biden hired Chris Clark, a partner at the national firm of Latham & Watkins, as his defense attorney. In January, upon taking office, Biden appointed Nicholas McQuaid to be the interim head of the Criminal Division of the Justice Department. Until his appointment, McQuaid had also been a partner at Latham, where he had worked on some cases with Clark.” apparently, the Justice Department’s conflict of interest rules would require McQuaid to receive a waiver to participate in oversight of the Hunter Biden investigation. Joshua Stueve, a Department of Justice spokesperson, did not say whether McQuaid had received a waiver or recused himself from the case. Clark did not respond to a request for comment as well. A source familiar with Weiss’ past cases with politicians and murder cases said, “David is the type of lawyer who follows the facts and whatever the facts may lead to. It doesn’t matter who the person is he’s looking into.” In the final months of the 2020 presidential race, The New York Post revealed a number of emails from Hunter Biden’s laptop that appeared to link his then-candidate father to his foreign business ventures in China and with Ukrainian energy company Burisma .The emails revealed that Hunter Biden introduced a top Burisma executive to his father, then vice president, less than a year before Joe Biden admittedly pressured Ukrainian officials into firing a prosecutor who was investigating the company. The water-damaged MacBook Pro — which bore a sticker from the Beau Biden Foundation — was dropped off for repair at a Delaware computer shop in April 2019, but the individual who dropped it off never returned to pick it up.It was seized by the FBI in December of that year.

Worse than that. 6+ months later there is still no investigation by anyone regarding Hunter Biden. Meanwhile there is a 3 alphabet investigation concerning the origination of Trump’s underwear. Pelosi is looking forward to another impeachment.

Jcatherine
Reply to  charles A wilkins

Unfortunately…preaching to a very large choir.

MGNick
Reply to  charles A wilkins

While I applaud your post, it just assumes that the elections were legitimate. They were clearly fraudulent. These criminals are being appointed. Not elected.

They don’t need papers, when they have biometric technology, which you don’t even know when they are using it. They can read finger prints off of paper and use facial recognition to follow you through a city. They can measure the stress in your voice, besides capturing key words and phrases, which results in a live agent reviewing the specific communication.
As political disagreements can interfere with on the job cooperation, will the elites begin to use party registration in employment and promotion decisions? Are they already doing this?

yes .. next time you see a picture of a Chinese city look not at the target of the camera used in the photograph, but to ALL OF the cameras everywhere, looks like pigeons in NYC ..