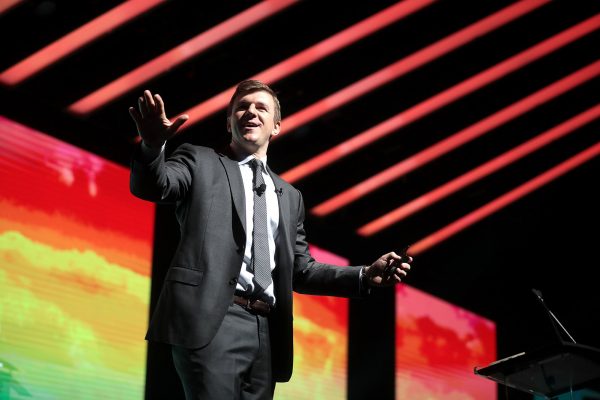 In an illuminating discussion with the Daily Wire’s Ben Shapiro, Project Veritas founder James O’Keefe offered his opinion on the impact leaking CNN’s editorial conference calls had on network employees.


O’Keefe released the first in a series of recordings of CNN conference calls on Tuesday and plans to release more “day-by-day.” O’Keefe recorded CNN’s company calls for two months before beginning to publish the recordings.

“I’ve been doing CNN exposes for years, and this is the first time they’ve really reacted to it. I mean, CNN corporate communications has put out a couple statements, and if you actually watch the video of me livestreaming, they were so taken aback. And that’s sort of the psychological aspect, too,” O’Keefe said discussing the impact of the recordings. “Now, I believe that they should be transparent. I don’t think they should be ashamed of anything they are saying right there on those calls.”

“But I think they are shaking in their boots, and just the fact that we have, you know, hundreds of hours of recordings and we are going to release them a little bit at a time – akin to a December Advent calendar, day-by-day – I think that’s just psychologically traumatizing to Jeff Zucker,” O’Keefe said.

cnn needs to be shut down like a unwanted rag

I hope you’re attempting to infiltrate the democratic voter fraud machine and gather absolute evidence of the fraud they have committed on the American Citizens and our Constitution.