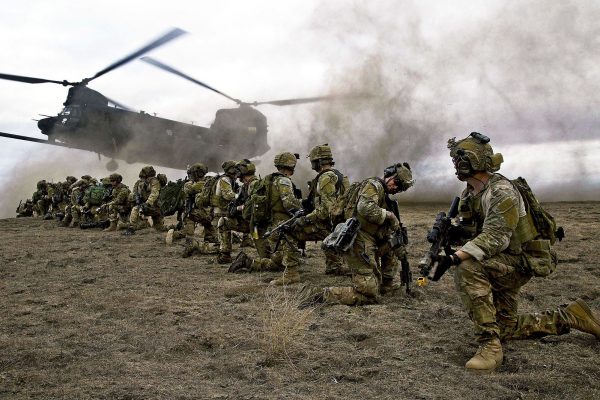 Twitter, the social media giant that dominates online chatter, suspended Friday the account of the pro-ballot integrity group “True the Vote,” after alleging the group’s tweets about military ballots and voting deadlines violated the platform’s rules.

True the Vote President Catherine Engelbrecht responded angrily to the move, the latest in a series of actions by the media platform that have some accusing it of trying to stifle debate and the free flow of information during the election season to the detriment of conservative candidates and activists.


Twitter temporarily suspended the group’s account, according to a statement from Engelbrecht, after a Sept. 15 post that encouraged citizens and potential voters to confirm their counties were following the rules for mailing out ballots to members of the military serving in other states and overseas.

Twitter and other social media sites have in recent months announced new policies to protect against tampering by foreign nationals and security agencies seeking to affect the 2020 election. The increased supervision of posts began after congressional investigating committees and an inquiry overseen by former FBI Director Robert Mueller all concluded the Russians had penetrated U.S. social media platforms with misleading messages during the 2016 campaign. No evidence was ever produced, however, that demonstrated beyond a reasonable doubt the Trump campaign colluded with Moscow in these activities as many Democrats charged then and still maintain was the case.

Advocates for the military have for some time complained that ballots for local, state, and federal elections are often not mailed out early enough for soldiers, sailors, and Marines serving overseas to receive them, fill them out, and return them in time for them to be counted. Effectively, they say, this leaves America’s troops in the field – many of whom are presumed to vote Republican – disenfranchised.

“True the Vote, an election integrity advocacy organization, was sending out information of public interest regarding deadlines for our military voters, pursuant to the ‘Military and Overseas Voter Empowerment’ Act, federal law, which requires states to send absentee ballots to UOCAVA voters at least 45 days before federal elections,” Englebrecht said, adding that information “in no way” violated Twitter’s terms of service.

The now-controversial tweet was “retweeted” by President Donald J. Trump two days after it was initially posted, an act Engelbrecht suggested in a statement might have provoked the ire of Trump opponents inside Twitter supervising what goes up on the platform while searching for electoral disinformation.

True the Vote is appealing the sanction and said it fully expects to have its access to the site restored in short order. Officials at Twitter could not be reached for comment.

READ NEXT: Twitter’s Draconian Rules Can’t Keep This Conservative Down >>

TIME FOR THE FCC TO MOVE IN ON TWITTER AND FORCE THEM UNDER THE INFORMATION ACTS OF VULNERABILITY THE SAME AS ALL NEWS OPERATIONS HAVE TO WORK UNDER! TWITTER IS IN TOTAL VIOLATION OF THE CONSTITUTION AND IS THUMBING ITS NOSE AT THE FEDS!

And it’s being allowed to happen. Why?

Break them up into little pieces

Well shoot, Democrats and media do more lying and interference than Russia could ever.

It’s these sort of shenanigans that has people seeing through these social media platforms and realizing they are not simply conduits of information but opinion editors who control the narrative on their sites. This is in direct violation of the agreement they made with the feds when they claimed they were merely a conduit for information and should not be held liable for what is put on their sites. Now that the controllers of these sites have clearly jumped into politics with an agenda to influence elections, they need to be exposed to the same liability as every other news outlet so when they libel someone, they can be held accountable just like CNN, WaPo and the others who libeled Nick Sandman.