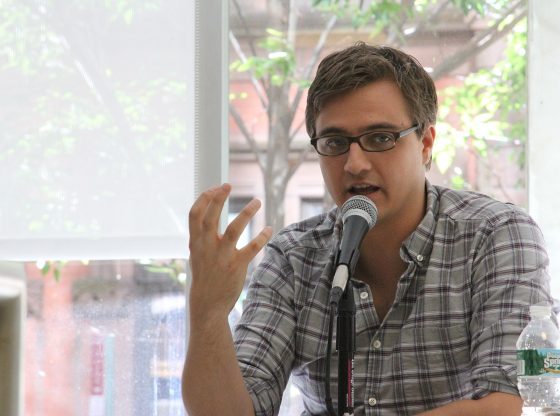 MSNBC, which frequently accuses its critics of spreading foreign propaganda, saw one of its own prime-time hosts share a Chinese government “news” agency’s image intended to denigrate the U.S. as it celebrated Independence Day.

Chris Hayes, who anchors “All In” during the 8 p.m. Eastern time slot opposite Tucker Carlson, retweeted an image from Xinhua News Agency that presented American constitutional liberties as the gateways to mass violence.

Xinhua tweeted a message on July 5, the legal observance of Independence Day this year, saying, “How a gun-happy nation spends its #FourthofJuly weekend.” The accompanying editorial cartoon shows two well-to-do men toasting while a wild-eyed street thug stands on a blood-spattered grave firing an AR-15 with one hand and a semiautomatic pistol with the other. The caption reads, “To Freedom … Of Shooting!”

Continue to be grimly fascinated by how much America’s truly exceptional levels of gun violence figure in the perception of the country around the world. https://t.co/axcW21Pp18

Hayes seemed to take that example of state-run media at face value, indicating that it could help Americans understand what the rest of the world genuinely believes about the U.S.

Is it really a coincidence that the news agency of a totalitarian and communist state like China would be promoting anti-gun propaganda, and that Hayes would uncritically share it? Let us know what you think in the comments below.

JERK ALERT, if you believe him, I got some BEACH FRONT property for sale to you CHEAP in DEATH VALLEY Ca. He has to have someone write what he has to say, NO nothing of his own thoughts ,

I’m seeing some back lash because of the lefts current overreach. This is one of communism’s founding principles. Disarm the populace to enable better control. This constant push against the 2nd Amendment is exactly what has prompted another 9,000,000 gun purchases this year. The people are done with their continuing abuse of our Constitution.