Here’s What President Trump is Doing to Avoid Coronavirus 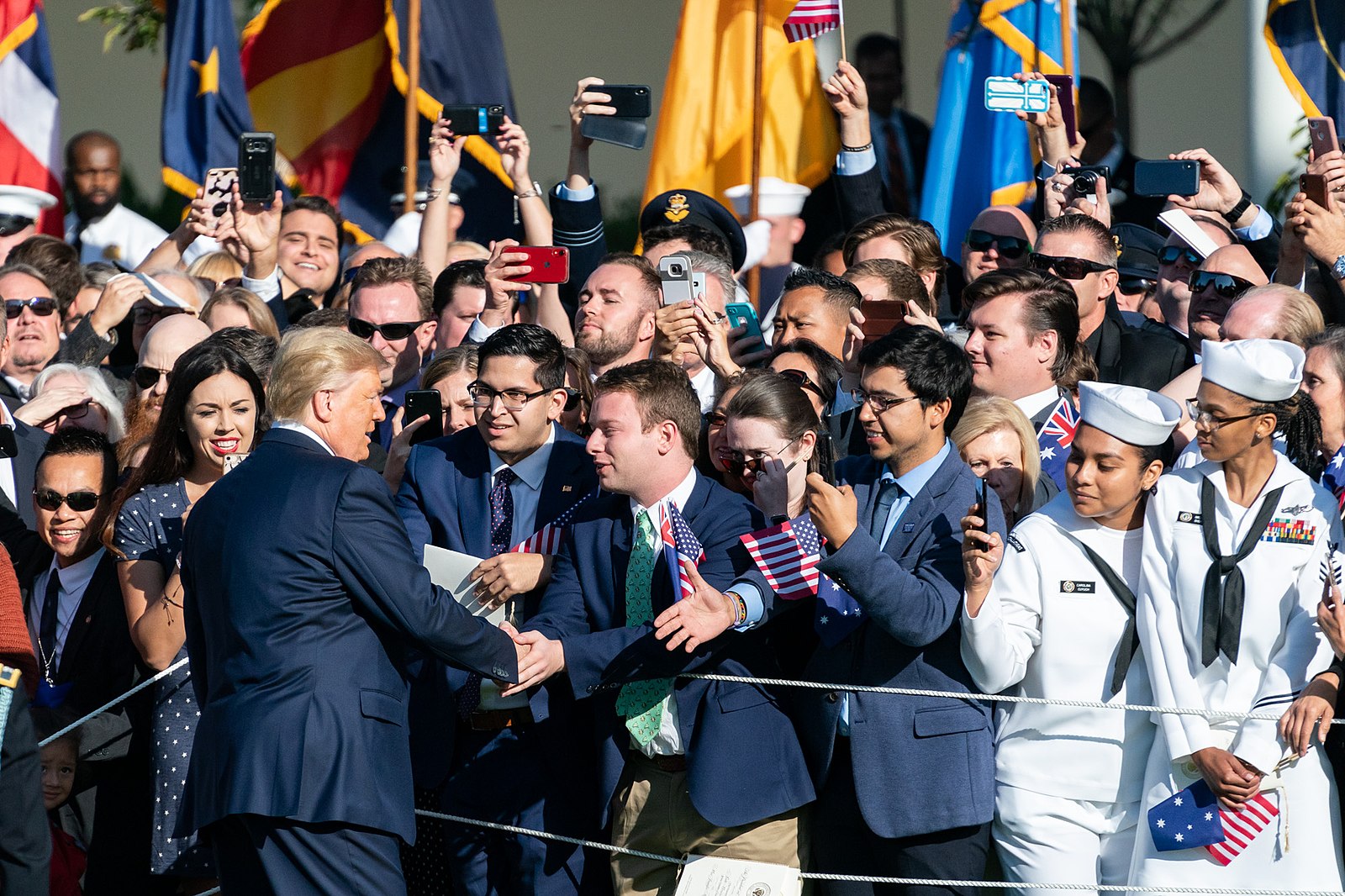 Despite President Donald Trump’s reputation as a “germaphobe,” daily activities at The White House are largely unchanged as the rest of the country hoards disinfectants and cancels events.

VIPs attending a fundraiser with Trump at his Mar-A-Lago resort were given hand sanitizer and asked if they have recently traveled overseas, POLITICO reports.


“Visitors to the White House have had to disclose which countries they’ve traveled to in the past 30 days. Employees have received emails about washing their hands. And the building itself is being cleaned more often,” POLITICO added.

But other than that, daily life at the White House is largely unchanged. Trump is not canceling rallies and is still shaking hands with crowds.

“While we have asked all Americans to exercise commonsense hygiene measures, we are conducting business as usual,” said White House spokeswoman Stephanie Grisham.

Trump is also still traveling to Las Vegas for a fundraiser and an event with top GOP donor Sheldon Adelson, even if local cases are reported, the White House announced.

Trump and Vice President Mike Pence were headline speakers at the recent Conservative Political Action Conference, where a “VIP” attendee who shook hands with and had his picture taken with top conservative and Republican officials later tested positive for coronavirus.

One of those officials, Florida Congressman Matt Gaetz, was on Air Force One with Trump when he was informed he may have been exposed to coronavirus at the event.

Though he has been exposed to multiple people who have been exposed to coronavirus carriers, Trump does not appear to have contracted the virus and is not exhibiting symptoms. While the number of identified cases in the U.S. is much lower than those of the similar flu, there are legitimate concerns it could become widespread as it is more easily transmitted than influenza.

CIA Funding US Telecom Firms to Counter China’s Huawei
Is This Joe Biden’s Biggest Lie Yet?

Should give him 8 more years since Democrats, MSM & Deep State obstructed him for 4 years!

sounds great to me also..I hope to God we get rid of some of them…

Trump should stop holding press conference’s, their there to attack him anyway.

Yes he should not be shaking hands with anyone . Rallies are bad idea right now because the left is so demonic they would pay people who have the virus to infiltrate the rallies and infect Trump and his supporters. Can’t trust these dispicable people. They hate this President more than they live the country. It’s really pathetic. His accomplishments are miraculous given all those who have tried to take him down.Hes a warrior and a true leader for the people. He is making these people more and more irrelevant every day. God bless you Mr. President. Stay safe and healthy. We will all get through this . God willing in short order.