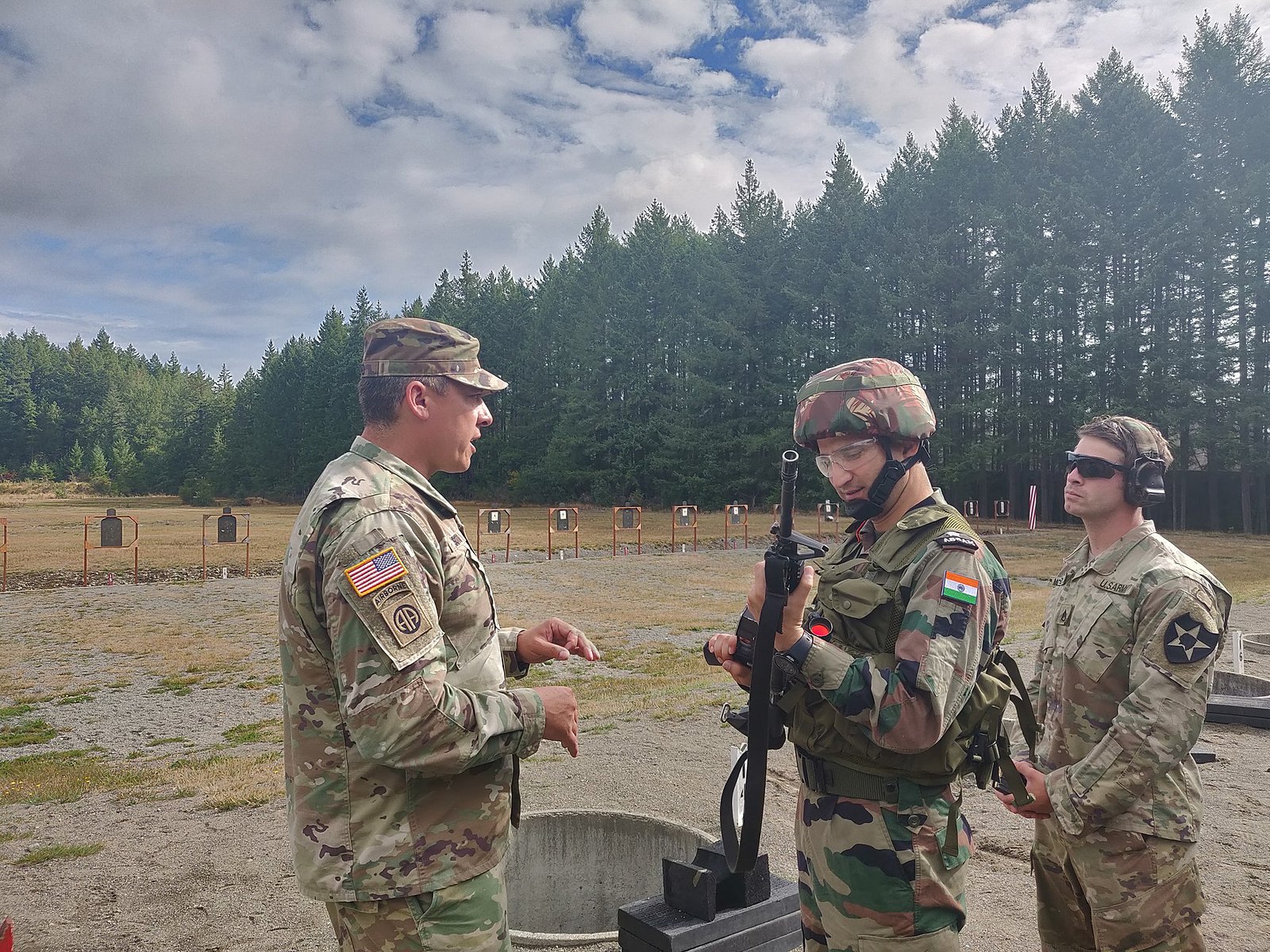 A week after Chinese border troops killed 20 Indian soldiers in a brutal hand-to-hand clash on their disputed Himalayan border, India is considering even closer defense ties to the U.S. and its regional allies. India has been gradually expanding ties with the U.S., Japan, and Australia, but China’s massive military buildup and increasingly belligerent actions on India’s northern border is pushing India even closer to the U.S. (RELATED: India and China Militaries Prepare Escalation After Deadly Clashes).

As part of the quadrilateral, or ‘quad,’ dialogue, India, Japan, and the U.S. have increased defense cooperation and staged joint naval exercises in the Indian Ocean in recent years, but ties have ramped up further this year. In February – directly following the visit by President Trump to India – both countries signed the ‘United States-India Comprehensive Global Strategic Partnership’ solidifying their growing military links.

And this month India signed a new military base joint-access agreement with Australia that should lead to deepening defense ties as well.

The U.S. has encouraged all this in no small measure by changing the name of the United States Pacific Command (USPACOM) to the U.S. Indo-Pacific Command (USINDOPACOM) in 2018, to emphasize the role South Asia, especially India, plays in its strategy.

As noted by the Wall Street Journal (WSJ) – the U.S. now treats India as a ‘Major Defense Partner.’ This military relationship is as close as it gets short of its treaty alliance with NATO, or its alliance with Japan and South Korea. And as we are seeing, this relationship should deepen further.

While India will resist direct involvement from other countries in dealing with China on its disputed border, the South Asian country will seek to create leverage more broadly with China by working more closely with the U.S. to bolster its military strength and with other Asian countries to broaden its regional influence, say analysts.

“India will try to align closer to the U.S. and others also wanting to check China,” said Manoj Joshi, a distinguished fellow with the Observer Research Foundation, a New Delhi-based think tank. “India will step up diplomatic efforts with like-minded countries like the U.S., U.K., Australia and Japan.”

While Chinese-instigated border clashes have increased in recent months, was there a specific trigger to China’s deadly attacks on June 15? According to the Sunday Guardian Live (SGL), one of the primary motives behind China’s most recent border aggression against India was to stop India from becoming a part of the new U.S.-led Indo-Pacific Deterrence Initiative (PDI).

The PDI is patterned after the European Deterrence Initiative (EDI) created in 2014 as a response to Russian aggression in Ukraine and Crimea. The SGL notes that PDI intends to “bring sustained investment in the Indo-pacific region with the focus to build military capabilities, especially infrastructure and logistics, to deter China from executing its expansionist tendencies in the Pacific region.”

On June 11, the United States Senate had passed its annual National Defense Authorization Act (NDAA), which provides $6.9 billion to the PDI – taking it one step closer to law. This apparently spooked China’s leaders into their typically ham-fisted actions against India just four days later.

Unfortunately for China, it seems their deadly bullying on the border has not cowed India, but instead is pushing it even closer to the U.S.

Now we will have another ally and then they will turn on us like most of the rest.

The CCD wants a world war! They very stupidly think they can win it and take over the entire world! Time to nuke Beijing!

Neutron Beijing! There’s some beautiful architecture that we can preserve.