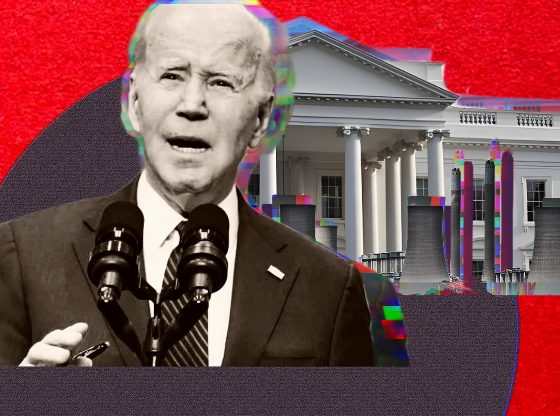 As many as 40 million privately-owned firearm parts could be declared illegal and ordered confiscated under a radical new decree from President Joe Biden.

Under a new rule issued at Biden’s direction by the Bureau of Alcohol, Tobacco, Firearms and Explosives (ATF) commonly-owned pistol braced firearms are now considered illegal short-barreled rifles and shotguns under the National Firearms Act of 1934.


The independent and non-partisan Congressional Research Service estimates that up to 40 million such pistol braces for AR-pistols, AK-pistols, and certain classes of weapons that shoot shotgun shells are currently in civilian possession.

Biden’s new rule gives Americans 120 days to either turn in their pistol braces or register them with the government and pay a $200 tax.  Americans who do not comply, including those who did not hear of the new rule, could face felony charges.

Also, since the new rule reclassifies pistols as rifles, Americans living in states where short-barreled rifles are illegal will have no choice but to turn over their weapons entirely.

The new rule is the largest gun confiscation order ever issued by executive decree.

Civil rights groups are speaking out in opposition to Biden’s gun confiscation order.

“This administration continues to find new ways to attack gun owners, and this time their target is brace-equipped firearms that allow persons with disabilities to safely and effectively use pistols. We will continue to work with our industry partners to amplify the disapproving voices in the firearms industry, and the Gun Owners Foundation, our sister legal arm, will be filing suit in the near future,” said Erich Pratt, Senior Vice President of Gun Owners of America.

“President Biden just initiated the largest federal gun registration scheme in our nation’s history without even the passage of a new law. GOA is actively working with Congress to pass a resolution blocking this rule under the Congressional Review Act, and we continue to lobby lawmakers to support Rep. Clyde and Sen. Marshall’s Stop Harassing Owners of Rifles Today (SHORT) Act. If President Biden will not sign such legislation, then Congress must defund this rogue agency,” said Aidan Johnston, GOA’s Director of Federal Affairs.

“We are exploring all legal options in opposition to this heinous federal overreach which will turn millions of law-abiding gun owners into felons unless they destroy or register their guns with the federal government,” added Brown.

“Nowhere in the Second Amendment, and nowhere in the Constitution does the ATF or federal government have the authority to outright ban firearms accessories, and we’re not going to let the ATF and Biden administration simply destroy our right to keep and bear arms,” concluded Brown.

Where is Congress and the Supreme Court?

Enjoy your eternity in hell Dunce. You more than deserve it too!

as always, this is what democrats do. make it a law then fight to keep it. biden is a criminal who wants to destroy the USA. he must be removed from office and all democrats voted OUT OF OFFICE. biden is going to start a civil war. why do people vote for such people like biden, pelosi, shumer, and all democrats . they hate all people and only want money and power.