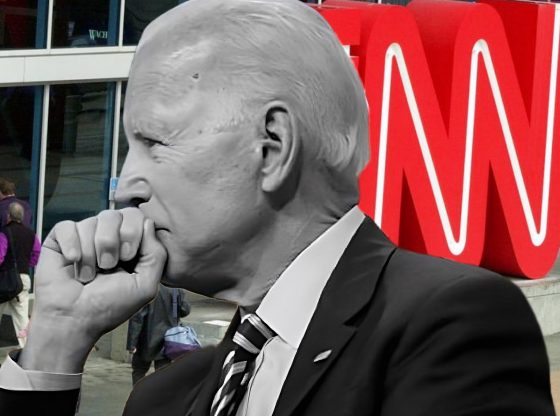 CNN, in a shocking move, has decided to throw the Biden family under the bus. They have released evidence that Joe Biden and his son Hunter were involved in shady financial dealings with international business partners. This damning information is sure to shake the 2024 election and could lead to a major shift in who the Democrats choose to run for the 2024 U.S. Presidental Election. Of course, CNN has tried its best to avoid the topic, keeping this news under wraps until now, as many mainstream media outlets still refuse to report the infamous story.

CNN is now acknowledging Joe Biden’s corrupt dealings with Hunter Biden. Did someone hack their airwaves or what? pic.twitter.com/QrKDMXEVW3

Now CNN called out Joe Biden’s brothers for corrupt dealings. What the heck is going on? They gotta be hacked. pic.twitter.com/5snKf4XOCD

It is still unclear how this news will affect the election, but one thing is for sure – the integrity of the Biden family has been severely damaged. Following the 2020 election, polling was done to see if Biden would’ve maintained his lead over Trump if the infamous 2020 Hunter Biden laptop story was not censored and suppressed from the mainstream media.

The polling from the Media Research Center showed that roughly 16% of voters would not have voted for Joe Biden in 2020 if they had been made aware of what Hunter Biden’s laptop contained.

Joe Biden has yet to comment on the business dealings he’s alleged to be involved with. however, the evidence is damning and the classic Democrat P.R. move of calling something “Russian disinformation,” “racist,” or anything else that requires no substance to prove won’t be enough to wiggle Biden out of this one. If the media continues to apply pressure and House Republicans keep Joe and Hunter Biden at the center of attention, the Democrats will be left scrambling in 2024 to find a new Presidental candidate.

What took them so long? No one listens to Chicken Noodle News anyway.

The democrats are just like the republicans, they know to nominate Biden is just as bad as the GOP nominating Trump, it a sure losing action.

How sad for America. Only 16% would not have voted for Biden if they knew about his crack head son and his criminal activity. This is why there is no integrity in the White House. The general population, mostly left leaning liberals are devoid of moral values.