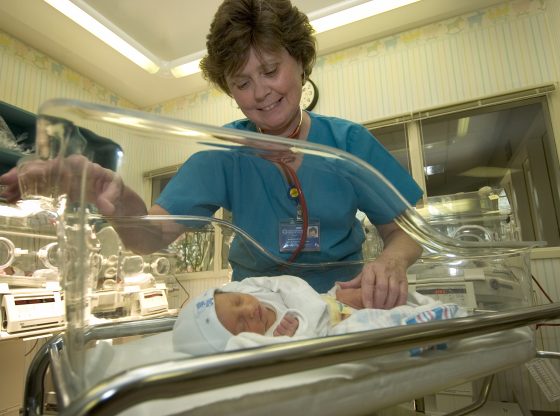 Women would be able to seek child support payments during pregnancy under a new bill introduced by U.S. Senate and House Republicans.

Democrats are expected to oppose the plan to let mothers seek support during pregnancy.

“During pregnancy, women take on the responsibility to protect another human life, and it’s important that she is supported in all aspects,” said Blackburn. “This legislation will help ensure an expectant mother has access to the financial resources she needs to care for herself and her unborn child.”

The Unborn Child Support Act allows a court, in consultation with the mother, to award child support payments while the child is still in the womb and retroactively up to the point of conception as determined by a physician. It also:

>>> Provides flexibility for mothers who do not want involvement of the father by not requiring those mothers to receive child support.

>>> Requires judges to consult with mothers on payment plans and gives mothers discretion as to whether or not child support payments will be awarded retroactively.

>>> Mandates that all paternity tests be at the discretion of the mother and not be conducted if the test would put the child at risk.

The Unborn Child Support Act is supported by the Susan B. Anthony List, March for Life, Family Research Council, and Concerned Women for America.

“Caring for the well-being of our children begins long before a baby is born. It begins at the first moment of life – conception – and fathers have obligations, financial and otherwise, during pregnancy. Mothers should be able to access child support payments as soon as she is supporting a child. Our bill makes this possible,” said Cramer.

“Life begins at conception, and this bill is a straightforward first step towards updating our federal laws to reflect that fact. We are hopeful that Democrats will join this bicameral effort to provide mothers with child support payments while their child is in the womb,” said Rep. Johnson.

“Parents know that the cost of raising a child begins long before birth, and fathers need to take responsibility,“ said Daines.

“I am proud to join Sen. Cramer in introducing the Unborn Child Support Act and standing to what being pro-life means: protecting life beginning at conception,” said Inhofe. “Mothers should have the option to receive court-ordered child support well before the time of birth and this bill is a first step towards getting them and their unborn children the support they deserve.”

“I hope good legislation, like the Unborn Child Support Act, gets more support now that the Dobbs decision encourages us to look more seriously at supporting mothers and their unborn children,” said Hyde-Smith. “This legislation would help ensure women have opportunities to receive child support payments from the earlier days of their pregnancy.”

“No mom should have to worry about carrying the responsibility of caring for their child alone. Support for a child should start at the moment of conception, when life truly begins. This good bill makes sure that federal law reflects this important principle,” said Scott.

“Now that decisions regarding how to protect life were returned to the people’s elected representatives through the Supreme Court’s decision in Dobbs v. Jackson Women’s Health Organization, Oklahoma and other states have rightly stood for life and made all elective abortions illegal while also taking steps to support pregnant moms and families,” said Lankford. “Dads need to step up and provide for their kids. Period. Our bill helps moms in every state have access to child support throughout the entirety of their children’s lives, not just after they are born,” said Senator Lankford.

I like this bill. It shows respect for the unborn child, unlike the dems who want to allow killing them

LISTEN UP….THANKYOU…REPUBLICANS. MOTHERS and Their BABIES NEED HELP. This is LONG OVERDUE. I have TEARS in Mine EYES. OVERJOYED. From SamuraiQueen aka CHIAKIA. Love YOU. 😂😂😂😂😂😂😉😉😉