‘Boston Bomber’ Ordered to Give $1,400 Coronavirus Stimulus Check to His Victims 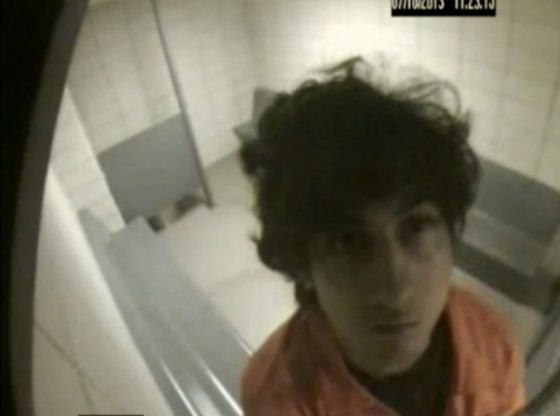 The notorious ‘Boston Bomber,’ Dzhokhar Tsarnaev, has now been ordered to return his coronavirus stimulus money to the families of his victims as part of restitution for his crimes.

Convicted Boston Marathon bomber Dzhokhar Tsarnaev has been ordered by prosecutors to return a $1,400 COVID relief payment he received last summer along with other money sent to him, according to a court filing Wednesday.

The money should instead be used as restitution to his victims, the filing said.

Tsarnaev has $3,885.06 in his inmate trust account, with the money received from the government, the Office of Federal Defenders of New York and from private citizens.

He spent several thousand on his siblings for “gifts,” “support” and “books” but has barely paid any of the more than $101 million owed to the victims or the $3,000 special assessment as part of his sentencing, the court filing said.

Tsarnev’s original death sentence for the bombing was overruled in 2020.

The Companies That Have Pledged Not to Donate to Republican Election Skeptics
REPORT: Democrats Exploring how to Bar Trump From Office

It figures that Pedo Joe’s administration is so inept that they would send money to the worst of the worst. Doesn’t surprise me…….

That this Piece of Scheiße’s still breathing air is a Fecking Crime against the American People. The SOB should have already has an appointment with Ol’ Sparky.

What else would be expected of an administration that has Lied to We the People since its inauguration, Promised the World, Delivered Nothing but Headaches, Inflation, Disaster after Disaster, Rampant Virus after Virus, Drugs, Illegals, Trafficking, Crime without Punishment, Preaches about the Soul of America but acts like he doesn’t have a Soul and that’s believable!

sorry biden is and has been nothing but lies. His inauguration has nothing tio do with lying because biden wa a born liar. He has been a corrupt piece of shit all his life. This is whaat he has in commomn with many of these politicians. particularly the dems but that corruption/lies is on both sides. All of these assholes shoiud have been hung many years ago

OFF WITH THEIR HEADS !!!