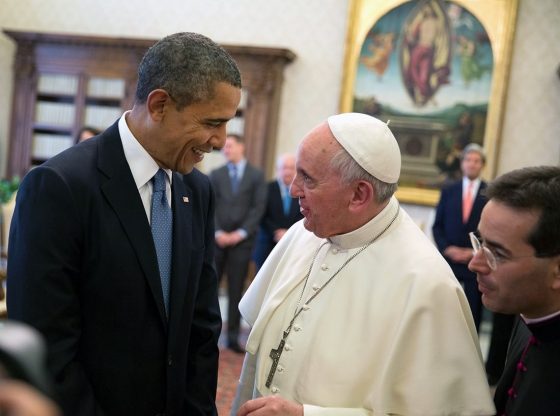 A new shocking report out of France is shedding more light on the truly enormous nature of the Catholic Church’s ongoing sex abuse crisis.

Catholic clergy abused over 200,000 minors in France since the 1950s, according to the findings of an independent investigation released Tuesday.

The report from the Independent Commission on Sexual Abuse in the Church (CIASE) found that over 216,000 minors had been abused, CNN reported.

When including the victims of people who had other links to the church but were not clergy, such as through Catholic schools, the number of abuse victims rises to approximately 330,000.

The report said the Catholic Church is “where the prevalence of sexual violence is at its highest, other than in family and friend circles,” the outlet reported.

According to the an estimate within the report there have been between 2,900-3,200 active pedophiles in the Catholic Church in France over the past 70 years.

According to the Vatican, Pope Francis has been made aware of the report’s findings.

🤔”Alfie” sounds like the name for a chubby mid-aged pedofile 🤣😂

Denying the truth does not make it not so. You sound like the poster boy for Catholic Priests.

Calm DOWN, pal!!! Not ALL Catholics are like that! Don;t go all Black Lives Matter on us!

History speaks for itself. Nothing to do with Black Lives matter.

DID YOU VOTE FOR BIDEN? HE FITS ALL OF YOUR CRITERIA.

Okay…hold up. I’m Catholic and you’re wrong. And, I didn’t vote for Biden.

Ditto. I’m. Catholic and didn’t vote for Biden either. Don’t put all Catholics in the same category. Most of us are really good people. There are bad people in all religions. The media just doesn’t talk about it. Like the don’t say how this Administration is destroying our Country.

You’re all up in Catholics but I don’t hear much about Muslims raping young boys or forced marriage of young girls. WOW

Rick,
You are so right ….. MUSLIMS have been raping young girls and boys and marrying young girls as young as 8 years old. Now, Biden is allowing the MUSLIM Afghanistan’s into our country and many have smuggled their child brides into the United States. Several have been caught, but many have been relocated all over the US !

You are right on most of your comment, but Catholic priests have been getting away with Raping and molesting children for a hundred years. The priests have not been charged in almost all of the cases, they just get moved to another parish. Until recently, priests have been charged and arrested, but most have just proceeded with their crimes against children. The Vatican is a “ city within itself” most of the crimes get swept under the rug or the Vatican police take care of it. They are NOT transparent .

Where are your facts? Numbers and where this is all happening. Many are accused but how many are actually guilty?. Some people who hate the Catholic Religion so they lie and make up false things that in truth are not factual. I for one believe no one who makes general statements with out actual facts. I will prayer for you and -people like you who hate so much .

Isn’t the present US President a catholic? He certainly is CORRUPT!!

A “CINO” (‘Catholic In Name Only’) who really is a sworn crypto-MARXIST – and who needs to be overthrown together with his ENTIRE “Democrat” COMMUNIST party, with ALL of them (including any and all “RINOs” as well!!!!) being court-martialled at Gitmo on charges of FRAUD, SEDITION, MURDER, TREASON and enough else!!!! Whoever gets convicted of ANY of those charges needs to be EXECUTED within FIVE (5) minutes of the pronouncement of the sentence (which should be combined with the verdict – ZERO pause between the two!!!!).

In name only. CINO not in practice.

He seems to be Catholic in name only. Have to pray for him. Pelosi too. Her Archbishop in SF started a campaign of prayer for her, and send roses to her as evidence of those praying for her. This is the right thing to do. Not hate, but prayer.
https://benedictinstitute.org/rose-and-a-rosary/

Pelosi’s archbishop is a coward. He is all talk, no walk. If he actually believed in his denomination’s teachings, he would excommunicate Pelosi or, at the very least, deny her the Lord’s Supper.

You’re most certainly LYING THROUGH YOUR TEETH!!!!!

Go REPENT of not only your surface anti-Catholicism but your fundamental anti-CHRISTIANITY – and then go live in a COMMUNIST country!!!!﻿

Patron Saint is Biden and his Marxist administration

god and all his religions and altar boy raping priests and mooslims and their sheep are all the same . . . . . .

This is why I keep saying do away with the whole Vow of Chastity! Nuns might be able to keep it OK but NOT Priests. Cause Priests are men and men are…well, men!!
Really, name me ONE Man nowadays who has been able to resist the “pleasures of the flesh” And Jesus and Pope John Paul II don;t count!

There is a huge difference between men wanting females and men wanting little boys . . . . .

How would you know the difference ?

Despite all of these reports, Catholics will still insist that this church is the one, true HOLY and apostolic church that Jesus set up Himself as if Jesus would approve of predator priests running his church. Jesus did choose sinners (like David), to do His will, but those sinners repented and turned from their sins. The church turns a blind eye to child rape and practicing homosexual priests. I was a Catholic for over 50 years, so those who still attend that church can spare me their comments that I misunderstand the church.