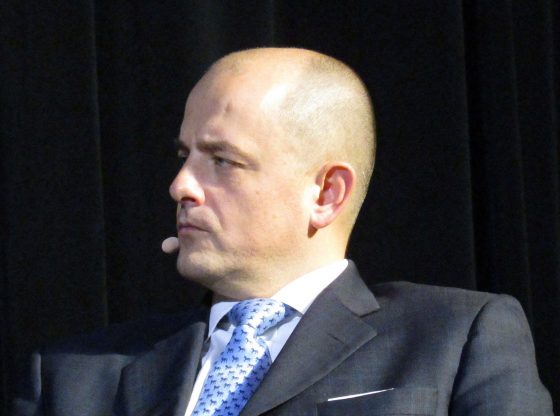 Evan McMullin, the former failed Never Trump presidential candidate, has now announced that he intends on running for Senate in the state of Utah.


Evan McMullin, who launched an ill-fated third-party bid for president in 2016, announced Tuesday he will wage an independent challenge to Sen. Mike Lee (R) in Utah’s Senate race next year.

McMullin, a CIA veteran and self-proclaimed government reform advocate, is centering his campaign around ending the rife partisanship in Washington after spending years criticizing both Democrats and Republicans for a lack of compromise and cooperation.

“Our politics are broken,” McMullin said in a statement announcing his campaign. “And it’s putting our country in danger. We need leaders who will unite rather than divide. Washington has left us so polarized that we’re failing to overcome major problems facing the nation and it has to change.”

McMullin brings with him deep ties to Utah. His ancestors, who were Mormon, fled west to escape religious persecution, and McMullin later served a mission for The Church of Jesus Christ of Latter-day Saints in Brazil and received his bachelor’s degree from Brigham Young University.

Stunning Report from France Claims Over 200,000 Children Abused by Catholic Priests
Biden tried to Hide $13 Million From IRS, May Owe a Half-Million in Back Taxes

Evan McMullin is just one more CATHOLIC traitor. Vote for ANY CATHOLIC and the ILLEGAL ALIEN CATHOLIC INVASION will never end

Another total loser,of the left.

His campaign tour should be fun to watch with him dressed in black slacks and white shirt riding his bicycle through the neighborhood and knocking at each front door.