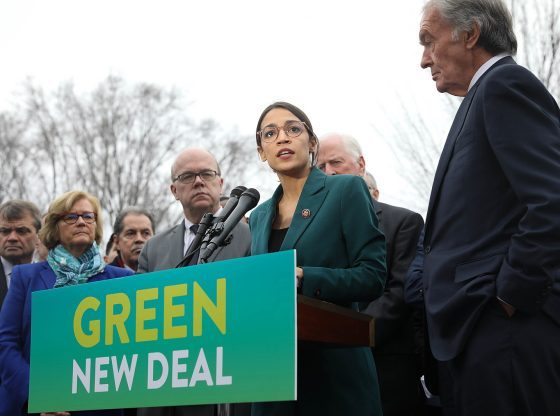 Moderate Senate Dems are not taking the far-left bait and are standing their ground against trillion-dollar spending bills that would plunge Americans into even more debt.

Sen. Kyrsten Sinema (D-AZ) joined Sen. Joe Manchin (D-WV) on Thursday in doubling down on her opposition to passing a $3.5 trillion reconciliation package. She said she has serious concerns about the agenda, which she shared with Democrat leaders in August.

“Sen. Sinema said publicly more than two months ago, before Senate passage of the bipartisan infrastructure bill, that she would not support a bill costing $3.5 trillion,” she said in a statement posted on Twitter. “In August, she shared detailed concerns and priorities, including dollar figures, directly with Senate Majority Leader [Charles] Schumer [D-N.Y.] and the White House.”

She issued her statement in response to fellow Democrats who said they had no idea what Sinema and Manchin were asking for in negotiations over the shape and size of a human infrastructure spending bill that is being crafted to move under special budget reconciliation rules.

“Claims that the senator has not detailed her views to President Biden and Sen. Schumer are false,” she added. “While we do not negotiate through the press — because Sen. Sinema respects the integrity of those direct negotiations — she continues to engage directly in good-faith discussions with both President Biden and Sen. Schumer to find common ground.”

She revealed her position publicly after Manchin, who has declined for months to tell reporters what he favored for a top-line spending number in the reconciliation package, announced that he would not support any bill that costs more than $1.5 trillion.

Manchin told reporters Thursday, “My top-line has been $1.5 [trillion].” He said he didn’t want “to change our whole society to an entitlement mentality.”

The two senators have triggered the far-left with their defiance to their endless spending sprees, such as ex-Labor Secretary under Jimmy Carter, Robert Reich, who claimed on Twitter, “Who would have thought that the entire Democratic agenda — from climate change to children — would depend on just 2 heretofore little-known Democratic senators who are really Republicans, Kyrsten Sinema and Joe Manchin?”

Who would have thought that the entire Democratic agenda — from climate change to children — would depend on just 2 heretofore little-known Democratic senators who are really Republicans, Kyrsten Sinema and Joe Manchin?

Joe Manchin is a CATHOLIC. Watch him fold to Biden (CATHOLIC) and Pelosi (CATHOLIC).

And your point would be what?

He bashes Catholics RELENTLESSLY. And from I’VE seen and experienced in my nearly 67 years, I’ve GOT to say he’s not that far off base. SAD but True.

“What” I’ve seen and experienced that is