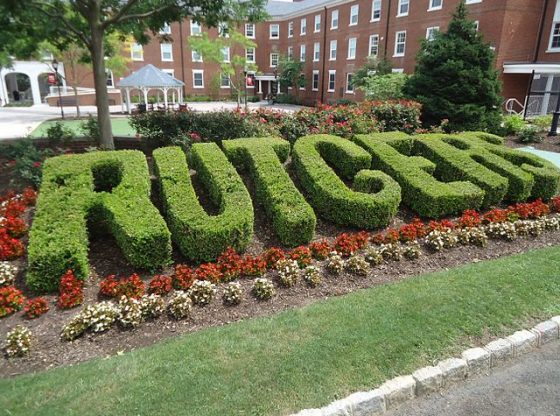 Washington, D.C. – The nation’s colleges and universities market themselves to prospective attendees and their families as places where academics and inquiry combine to produce well-rounded students capable of advanced thinking and prepared for the world of tomorrow. The reality, a recently published database of campus incidents shows, is quite different.

The College Fix, a website sponsored by the Student Free Press Association that provides student journalists with the opportunity to expose the insanities and inanities that occurred regularly in contemporary higher education recently compiled a database of incidents showing the so-called “cancel culture” to be alive, well, and growing throughout American institutions of higher learning.


The organization’s work, it says, is the first real attempt to quantify the problem. According to The Fix, the intolerant, politically correct crowd who are both socially prominent and academic decision-makers on so many campuses can claim, at minimum, to have taken “650 scalps” over the past ten years.

Among the outrages large and small identified in the database are:

–A move by the University of Pennsylvania to rename its Alice Paul Center – named for a suffragette who was instrumental in securing the passage and ratification of the Nineteenth Amendment giving women the right to vote – as the “Center for Research in Feminist, Queer, and Transgender Studies” to signal a “commitment” to LGBTQ “intellectual and political movements.”

–A public apology delivered in 2021 by the president of Muhlenberg College – a private college well known for its theater arts department – for a production of Gilbert and Sullivan’s “The Mikado” put on in 2010 followed by the deletion of all the photos of the performance from the school’s website.

–The expulsion from the University of Louisville (KY) School of Medicine of fourth-year student Austin Clark, allegedly over his expression of pro-life beliefs school officials labeled unprofessional.

–The dismissal of Hannah Berliner Fischthal, an adjunct instructor at St. John’s University in Queens, NY after she read a passage containing the N-word from Twain’s anti-slavery novel “Pudd’nhead Wilson” in her “Literature of Satire” class – but not before first explaining the context of the word and saying she hoped it would not offend anyone.

“What we have witnessed over the last decade is nothing short of a new Red Guard enforcing its cultural revolution on American college campuses,” said Jennifer Kabbany, editor of The College Fix. “This database stands athwart the campaign to condemn, erase and rewrite our shared history.”

The number of incidents cited in the database amount to roughly one per week for every week for ten years. The College Fix said updates would be made regularly as part of an ongoing effort “to document every example of targeting and suppression in an age of censorship, memory-holing, and soft totalitarianism.” What has been uncovered so far, the group said, is likely just the tip of a very large iceberg “but there are likely more examples out there, and much more to come.”

Wait, they expelled a pro-life student in KENTUCKY?!?! But..that’s a RED state, that’s known for being religious and conservative!!!

People should permanently cancel the cancelers