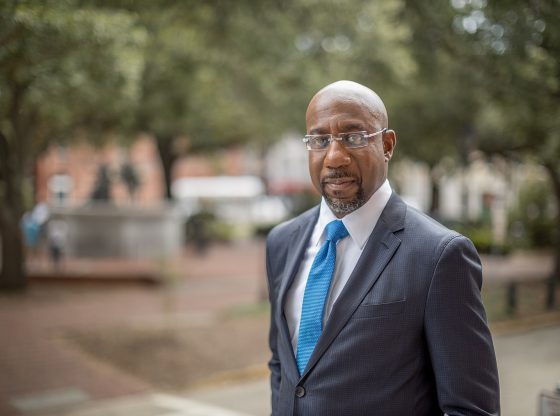 Washington, D.C. – The Susan B. Anthony List, a national organization that backs anti-abortion candidates running for public office announced Tuesday that, in partnership with Women Speak Out PAC, it had kicked off a “six-figure” effort over the August congressional recess to expose what it called “the abortion extremism” of as many as 20 Democrats currently serving in the U.S. House and Senate.

“Most Americans oppose taxpayer funding for abortion on demand, yet a majority of Democrats have no problem ignoring their constituents to vote in lock-step with the abortion industry,” Mallory Quigley, the vice president of communications for the SBA List and Women Speak Out’s national spokeswoman said.

The push to highlight the records of what organizers have labeled “The Terrible 20” began Monday with the posting of digital ads, a grassroots-driven phone call campaign, and a three-state press tour kicked off in North Carolina.

“Senators and representatives who insist on forcing taxpayers to fund abortion on demand and support barbaric, late abortions without limits must and will face the consequences of their extremism at the ballot box. SBA List’s ongoing campaign to expose abortion extremism in battleground states and districts includes a multifaceted education campaign and even door-to-door visits from our field team,” Quigley said.

The targeted Democrats – referred to by the campaign on social media as the #Terrible20 – include those who voted with the Biden Administration on initiatives to expand abortion and access to funding by ending the protections provided by “The Hyde Amendment” and other anti-abortion measures that have for decades blocked taxpayer funding of abortion and abortion-related services.

The targeted Democrats who make up the #Terrible20 are:

All are thought to be seeking spots on the November 2022 ballot — though not all are running for re-election. Reps. Ryan of Ohio and Lamb of Pennsylvania have thrown their hats in the ring and are seeking the nomination of their party to run for the open U.S. Senate seats in their states. Sens. Warnock and Kelly, first elected in 2020 to fill unexpired terms, are expected to seek election to full six-year terms in the next election.

All the California GOP Contenders Running to Take Out Newsom
Got Poked? Doesn’t Matter. You Can Still Catch it

“Today it is the unborn child; tomorrow it is likely to be the elderly or those who are incurably ill. Who knows but that a little later it may be anyone who has political or moral views that do not fit into the distorted new order.” Dr Mildred Jefferson

And YOU have the right to decide if a person has control of their own body????? I guess YOU are gaud! and an idiot that cannot read the Constitution. You must be just one more CATHOLIC traitor.

I realize that there are times when abortion is necessary. It is my opinion that abortion should never be used as just another form of birth control. The most brutal is partial birth abortion. In my opinion that is nothing short of murder. That procedure has been illegal since Bush signed The Partial-Birth Abortion Ban Act of 2003 and was upheld by the Supreme Court in 2007. With this in mind, what I consider to be tragic is when the aborted child could have been a healthy baby that a childless couple would have been grateful to adopt. There are many couples that wait for years to be able to adopt a child.

The big question is; “Where do we draw the line?” Seems to me that Roe V Wade was the foot in the door and that was all based on a lie. First came abortion. Next came abortion up to day of birth. Then we had leaving the abortion survivors to die. Then New York and Virginia approve of killing babies after birth. Oregon was talking about starving dementia patients to death. A Canadian hospital once offered to kill an old woman. Where do we draw the line? What’s next? People who have political or moral views that do not conform to the current society agenda? I believe the Nazis had a term for a similar program. “The Final Solution.” Is that what it will come to? Is that what you want? The fulfillment of Hitler’s agenda? Or are you one of those who believe that the Holocaust was just a hoax?

Sen. Raphael Warnock (D-GA) is one of the many DEMONS in our government, except he calls himself a Christian pastor.

YOU have the right to decide if a person has control of their own body????? I guess YOU are gaud! And YOU are an idiot that cannot read the Constitution. You must be just one more CATHOLIC traitor.