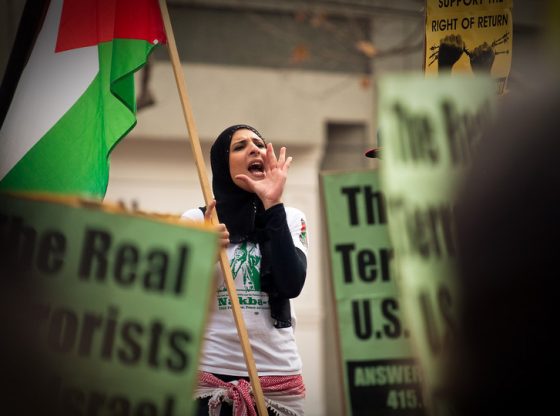 This month, as Hamas-linked terrorists in the Gaza strip, have launched thousands of rockets and targeted innocent Israeli civilians, and now their unhinged and disgusting anti-Semitic sentiments have come over to the United States, where anti-Semitic attacks have now hit record record.

Is this coincidental? They’re trying to stir up a conflict in Iran, and now everybody hates them. Hmm, I think I detect a pattern here…

the world is not big enough for muslims & anybody else; marteremall

The only difference between Muslim and Catholic is the continent they destroy. Look south of the USA for proof.

lISTEN UP….GOD Will BLESS Those Who are a FRIEND to ISRAEL. It is WRITTEN in the HOLY SCRIPTURES. From SamuraiQueen. 😄😄😄

Why don’t you just go there with our blessing? America can no longer afford to support Israel. We have mounting domestic issues to deal with, and our Sovereignty should top the list. Israel can take care of their own problems. We need to take care of ours.

France helped us win our revolution; should we abandon our allies because we are uncomfortable? Abandon Taiwan too?

I think Biden is already doing that.

Really? And we can afford to send billions to other countries for “LBGQT” gender studies in those countries and other laughable crap that is not funny? We are really fk’ngup the domestic issues with 2 million more coming into our country each year that we know about, and you want the taxpayers to support them and their kids and families as well as they are also brought over – along with COVID, terrorists, drugs, etc. What part do you not get – this administration does not care about Americans – we are only voting tools. Period.