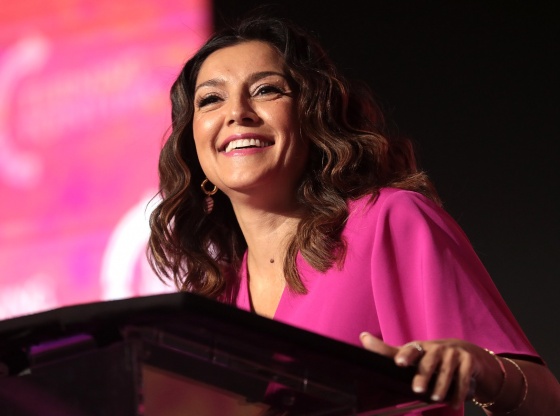 Fox News has now announced that Rachel Campos-Duffy will be the new co-host of  ‘Fox and Friends Weekend.’

“The success of FOX & Friends can be attributed to the program covering stories Americans care about with relatable co-hosts and reporters they can trust,” said FOX News Media CEO Suzanne Scott. “Over the years, our audience has connected with Rachel and Lawrence through their frequent guest appearances and as fill-in hosts on the curvy couch. We are delighted to name them permanent fixtures on our signature morning franchise.”

Campos-Duffy will make her official debut on Saturday, June 12, alongside co-hosts Pete Hegseth and Will Cain, to become the only Hispanic woman to co-host a cable news morning program. Jones’ new position is effective immediately, and he will continue to fill in as co-host of both the weekday and weekend editions of the show.

“Fox & Friends” Weekend airs from 6 to 10 A.M. ET, showcasing a broad range of newsmakers from politicians to athletes to experts in lifestyle and entertainment. It consistently wins its timeslot across cable news with both total viewers and the significant 25-to-54 age demographic.

Campos-Duffy is married to fellow Fox contributor Sean Duffy, with whom she has 9 children.

Democrats Threaten to Pack Court if Supreme Court Strikes Blow Against Roe vs. Wade
All the Recent Antisemitic Attacks the Liberal Media won’t Report on

Excellent choices. Love Pete and Will. They compliment each other. Don’t change the new group

Congratulations to Rachel Campos- Duffy. She always brings a smile.