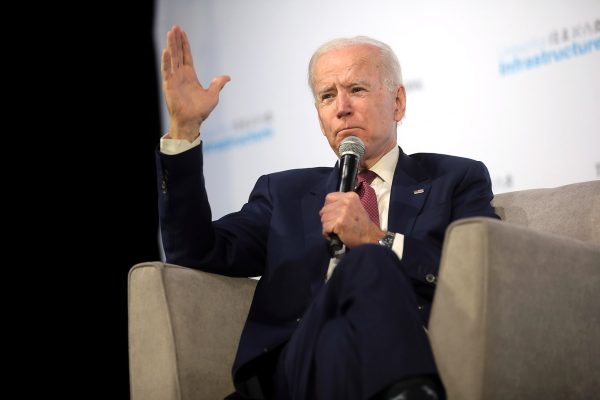 President Joe Biden is set to do what for most politicians is usually the unthinkable: significantly raise taxes on Americans.

Biden is reportedly planning on attempting to increase the corporate tax rate from 21 to 28 percent, and on those making more than $400,000/year as well as on increasing the so-called ‘death tax’ (estate tax).

Unidentified sources told Bloomberg that the increases will reflect the promises Biden made during his 2020 campaign.

The planned increases reportedly include: raising the corporate tax from 21 percent to 28 percent; increasing the income tax rate on people making more than $400,000; expanding the estate tax; paring back tax preferences on pass-through businesses such as limited-liability companies; and setting up a higher capital gains tax rate for individuals making at least $1 million…

Biden had said during his campaign that he would repeal Trump’s tax cuts on “day one” of his administration, though he has yet to do so.

It seems that Biden is wasting little time in imposing a radical left-wing agenda on Americans, right after he spent all of 2020 attempting to appear as moderate as possible.

BS. The demoscum who are really in charge are preparing to dump Biden, he will be the scapegoat, and Harris will appear like a moderate. That is until Pelosi impeachs her and takes over the White House. That’s why all the soldiers are in the capital.

Hopefully, the military will remember that they took an oath to protect and defend the constitution, not shithead politicians.

No way. Our military are at the beck and call of the shithead politicians

Got a BLM man in charge.

That’s not enough soldiers. Also, do you think they will protect the horrible people that are running our country?

I know you can really see whats coming. biden will NEVER finish his term, next up harris, pelosi.

What makes you think it’s not already Harris and Pelosi?

If retard joe leaves token Harris will choose a vp. Nancy can’t take the White House unless both of them are gone. But don’t rule anything out.

Biden was a idiot before and hes 10 times worse without his Brains today! A trained Soros puppet working under Obama’s failed policies! There all useless! He needs removed before he does anymore damage to America and Kumula is no better! Another brainless puppet! To annoying to listen too! Voted in by idiots and given a free ride off of tax payers!! How stupid can people be! This is the trash you get cheating elections!

Hw wasn’t voted in. They cheated us Americans! They got rid of all Trump battles, All the ballots in all the states were Biden. They threw away the Trumo votes. They are all nothing but lies, cheat us out of money and then they will make sure we are never a country of good we will no longer know what freedom is!

We know that but crooked judges were either bribed or threatened

The IDIOTS who voted for them are Brainless,
open BhO sealed Records and you solve many of our Problems.
Soros should have been kicked out long ago.
If the Americans only knew their Constitution.

There were about 15 million ghost votes. He didn’t win. He cheated. I don’t know about you but I despise cheaters.

what part of this is a surprise