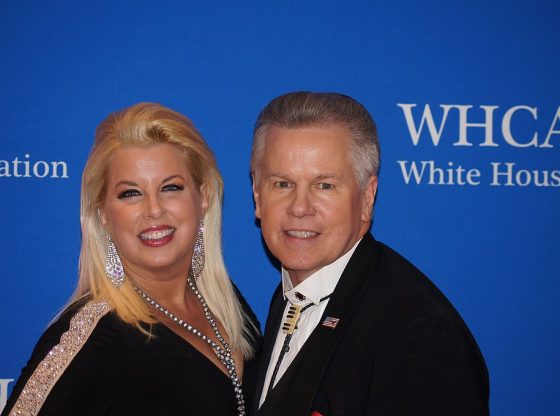 Veteran Emmy-winning broadcaster Rita Cosby, it was announced Monday, is joining the primetime lineup on WABC 770 AM, the New York City-based station that at one time served as the flagship for the late Rush Limbaugh, whose three-hour daily program changed American radio forever.

in an interview conducted before the launch, Cosby promised her show would be “a cancel free zone” and invited listeners and fans of all kinds to call in with questions and comments.


“Rita Cosby is the best in the business, with a tremendous following and incredible background,” John Catsimatidis, CEO of the Red Apple Group and 77 WABC Radio, said. Her new show, which will air weeknights from 10 pm to 12 midnight “will bring a new and exciting dynamic to our important evening programming.”

“Rita’s top-notch interviewing skills, impeccable record in journalism, and deep ability to connect with our listeners,” he added, portends big things for both the show and the station, Catsimatidis continued. The program begins at a time when the future of terrestrial talk radio, at one time an incredibly economically robust industry platform, is undergoing major changes thanks to the proliferation of podcasts, satellite radio, and internet streaming service.

None of that should pose any problems for Cosby, one of America’s most recognized broadcasters whose successes across various media platforms can be matched by few other journalists. Her work in journalism has taken her around the globe and includes live reporting from the war zone in Afghanistan, from Belgrade in the former Yugoslavia during the NATO bombing, and along the U.S. border with Mexico. Known for her engaging style and headline-making interviews, she has obtained exclusives with more than twenty world leaders, including seven U.S. Presidents and Pope Francis, as well as with entertainment icons Michael Jackson, Tom Hanks, Bruce Willis, and infamous inmates Dr. Jack Kevorkian and David “Son of Sam” Berkowitz, a serial murdered who terrorized New York’s five boroughs beginning in the summer of 1976 through his arrest in August of 1977.

“We are thrilled to have Rita Cosby taking over this important timeslot. Beginning Monday, our evening listeners will get a great dose of the latest news along with powerful and compelling interviews, from one of the country’s most well-regarded broadcasters,” said Chad Lopez, the president of Red Apple Media/77 WABC Radio.

Cosby was named Radio Ink’s 2018 Most Influential Woman Legend of the Year and has won six Gracie Awards in radio, including for Outstanding Host and Outstanding Talk Show. She previously worked at 77 WABC radio, serving as the station’s political editor and as the anchor of weekend and midday talk shows, from 2014 to 2018.

“The Rita Cosby Show” begins at 10 pm on March 15, 2021, and be heard on 770 AM throughout the New York City greater metropolitan area and live on the internet at https://wabcradio.com/.

the scarcity of truth on the news is amazing, communist not news has totally ruined most real americans for television news. the pure unmigitaded bukkcrap heard on that outlet is the norm now for the “local” stations in seattle.four seconds of governors b.s. then off to boston or new orleans ,very seldom anything that can be realy called news.. call after call at night in seattle for ‘SHOTS FIRED” but on the news crickets, unless they can slam some cop for doing their job. MAJOR TIME FOR A REAL CHANGE ..GET THIS SENILE GERRRIACTIC FOOL OUT and bring back Trump…PLEASE.

Sorry, as much as I agree with you, You’ll have to live with the fact that the D’genrats stole the election and the corrupt courts refused to hear the evidence of fraudulent voting. and cadavers voting etc. Trump is partly to blame because he failed to clean up the voting while he was in office. The voting machines were known to be programmable. the registration rolls were known to contain illegal voters dead and multiple registrations. vote harvesting was known to be corrupt. Trump should have straightened it out before the election.

The States run their elections, Trump could only advise or make recommendations. But of course if the Democrats get their Bill passed, the Feds will basically run our elections and of course the odds of a Republican ever getting voted into office will become moot.

Trump shoulda coulda done a lot of things – but he was fraught with lies and deceit and roadblocks every single day – defending himself from the cancel culture bulkkcrap, treasonous lawsuits and an all out effort by the dems and media to oppose him on any matter at all that made sense in order to later claim Biden did it – time took away from even more than he did to help Americans. So how does everyone like it in Biden’s first two months as he rapes and pillages Americans with yet to more to come, and it will escalate.

I don’t watch ABC, but nevertheless, I wonder how far left the show will be.

This is WABC radio, which is Red Apple Broadcasting, owned by conservative John Catsimatidis. It’s not part of the ABC broadcasting organization.