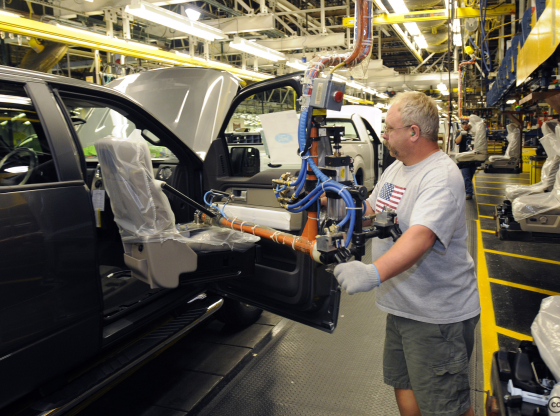 In early February congressional Democrats launched an effort to allow unions to implant themselves once again into the lives of workers – whether they’re wanted there or not. The PRO ACT, which the U.S. House of Representatives will soon consider and which, ironically enough, stands for “Protecting the Right to Organize,” would let big labor once again establish a stranglehold over the American economy.

For decades, since President Jimmy Carter’s epic mismanagement of the U.S. economy, the percentage of workers in the private sector belonging to unions has plummeted. The increased cost of membership along with diminishing satisfaction with what unions were able to do to protect the jobs of their members has led more and more of them to seek alternative arrangements.

In some states, worker independence from big labor is made easier by the existence of laws prohibiting agreements between employers and labor unions concerning the extent to which an established union can require employees to be members or to pay union dues or fees as a condition of employment either before or after they’re hired.

This concept, known popularly as “right to work” has worked well since it was first introduced in the period just after the end of World War II. It’s now law in more than half the states and others are moving toward adopting it. If the PRO Act passes, right-to-work laws would be eliminated, meaning workers could be forced to join a union or pay fees equivalent to membership dues as a condition of getting or keeping their job.

“The National Right to Work Act ensures all American workers have the ability to choose to refrain from joining or paying dues to a union as a condition for employment,” Sen. Paul said. There are 27 states with right-to-work laws on the books, the Kentucky Republican said, adding “It’s time for the federal government to follow their lead.”

More than eight in ten workers believe preserving worker choice in such matters is a preeminent concern, according to a Gallup Poll, with more than seven in ten saying they would vote for a ballot measure protecting right-to-work.

The survey data indicates workers already in unions would like to see their options expanded, likely to leverage efforts at reform. One survey conducted nearly a decade ago for the National Right to Work Legal Defense Fund found that 91 percent of private-sector union members believed there was too much secrecy in how their dues money was spent, 79 percent said union membership should be voluntary, and 63 percent said they would vote out their union leadership for spending dues money on political ads if it could be done by secret ballot to protect them from retribution.

The Paul legislation would repeal six existing statutory provisions allowing private-sector workers and airline and railroad employees to be fired if they don’t pay dues or administrative fees to a union, putting bargaining power back, the senator said, in the hands of America’s workers. A companion bill has been introduced in the U.S. House of Representatives by Joe Wilson, R-S.C.

Right to work should be law of the land

Unions have outlived their usefulness. There’s no common sense to their collective bargaining, which eventually erodes profit margins to the point where their companies fold (Or, they send their factories and other processes to foreign labor markets.) Though I have never been anti-union, the outfit that I joined to represent me didn’t do anything to stop the management’s efforts to change our work hours, or arrange for ‘certain’ people (brown-nosers) to be promoted ahead of deserving and more qualified personnel. As much as our dues were, we should have seen better.

I watched, just today interviews of the men and women that lost their jobs the day biden shut down the Keystone pipeline, that number is conservative 8000!!!! These people were living the American dream, they have house & car payments, bills &biden, pelosi,schumer, aoc all the criminals STOLE THAT FROM THEM!!! And j. kerry, they weren’t offered “solar power installation ” job’s, HELL THEY GOT NO JOBS!!!
Hr-1 bill, is anything but the peoples bill. They award themselves 7.2 million EACH for there campaigns, thats TAX DOLLARS PEOPLE, is that what you want your tax dollars going to??
SAD, SAD, SAD!!!