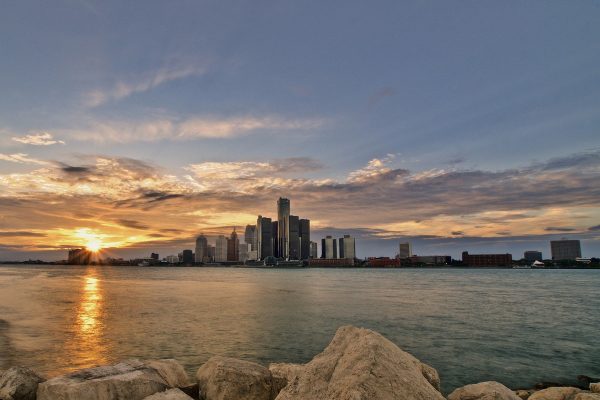 A teleconferenced mob slandered the officials as racist dinosaurs whose descendants would be ashamed of them. But that wasn’t the worst of it, not even close. Democrat State Representative-elect Abraham Aiyash revealed where board member Monica Palmer’s children attend school.

Aiyash claimed his “district was being personally attacked by Palmer’s refusal to certify the election, and accused her of suppressing the black vote on purpose,” The Federalist noted.

After fomenting a wave of online hate against Palmer and her colleague William Hartmann, Aiyash dared not only to claim that he didn’t know what doxxing was — but that he was the real victim.

Yesterday, after a failed attempt to disenfranchise Detroit voters, folks spread a fake story that I threatened and “doxxed” Monica Palmer.

Y’all, I didn’t even know what doxxing was. Now the attacks won’t stop!

I won’t be bullied into silence though.

Another commentator, Ned Staebler, compared Palmer and Hartmann to the notorious Democrats Bull Connor and George Wallace before implying their decision to delay certifying the vote would sentence them to eternal damnation:

WAYNE COUNTY BOARD OF CANVASSERS – 2 Republican members voted not to certify the ballots- public comment is now open and it is intense. People calling board members racist. This is commenter Ned Staebler: pic.twitter.com/cEsDlxzVXT

Following the comments from Staebler and others, Palmer and Hartmann changed course and voted to certify the vote.

BREAKING: The Wayne County Board of Canvassers has just unanimously voted to certify the results of the election & called on Michigan SOS Jocelyn Benson to conduct an audit of the unexplained precincts in Wayne County that did not match.

“Democrats and voting rights advocates had expressed outrage after the board, which is made up of two Democrats and two Republicans, deadlocked on party lines over whether to certify,” reported The Washington Post. “Had it held, that outcome would have punted the question of who won the state’s most densely populated region to a state regulatory board that meets Nov. 23.”

Anyone who makes a threat should be reported to the authorities stating I am being harassed and threatened and want to report and document a police reported of cyber harassments. I would then contact a lawyer and give them the names of people and websites making threats.

This guy IS THE RACIST!! Fire back. Put up his address…..phone number and where his kids go to school or where he works!!! What the hell does his shit have to do with VOTER FRAUD!!!

They were told there would be no audit when they were guaranteed it would take place so they both rescinded their votes.