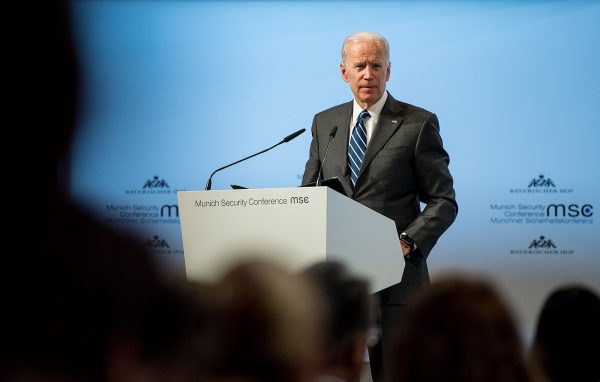 Is Sleepy Joe too lazy to win?

Democrats learned a hard lesson in 2016 when Hillary Clinton declared victory early and pulled staff out of key states, leaving Donald Trump free to rack up undecided voters and pull ahead of her at the last second.


Now they fear current nominee Joe Biden is repeating that mistake, with his campaign refusing to do media or public events, and putting forth virtually no effort to contact voters door-to-door, which is traditionally a Democrat strength.

The “lids” mean Biden is not doing public events, or even the interviews with reporters campaigns use to reach millions of voters for free.

Many suspect the “lids” are done to keep away from cameras Biden’s most potent opponent – himself.

“A top Democratic pollster agreed with Biden’s campaign, but with a more brutal assessment of the candidate. The person pointed to his penchant for gaffes and rambling stories as part of the strategy for keeping Biden bottled up,” POLITICO reports.

“The fact is a cardboard cutout could beat Trump. But Biden could lose to him,” the anonymous pollster told POLITICO. “There’s no win in Biden being out on the trail the way Trump wants. The Biden campaign has been smart about that.”

But it’s not just Biden refusing to go outside. The Biden campaign has almost completely abandoned door-to-door campaigning, as have many liberal political groups.

Backed by unions, Democrats have used strong door-to-door campaigns to reach voters who don’t answer phones, allowing them to collect votes they otherwise would never have gotten to the polls.

But the Biden campaign isn’t door knocking in 2020, despite the fact conservative groups such as the Koch network report getting much higher response rates than usual.

“President Trump’s campaign says it knocks on a million doors a week. Joe Biden’s campaign hasn’t knocked on any doors to talk to voters for months,” NPR reports. “In lieu of in-person meetings, Democrats are focused on conversations they can have virtually.  The Democrats’ strategy of mainly organizing from home via laptop or cellphone and forgoing traditional door-to-door canvassing is somewhat untested, but they’re banking on the assumption that it’s more effective in a pandemic.”

That is debatable. Groups affiliated with the Koch network, out campaigning for Senate candidates, report getting a 17% higher response rate than usual.

That could cost liberals, who have largely scrapped what was once one of their strongest assets.

But it’s not just the Biden campaign. Organizing has changed for state Democratic parties in key swing states and for a number of left-leaning groups that would have been helping Biden on the ground.

Both BlackPAC and Working America have between 10% and 20% of the paid organizing staff they had in 2016.

At this point in 2016, Working America, a group affiliated with the AFL-CIO, was having about 100,000 conversations a week with people on their front steps. The group has had zero since it paused its door-knocking operation in March.

“Door knocking is in our DNA. We believe that there is nothing — and the evidence supports this — that is as effective as a well-deployed face-to-face interaction,” said Matt Morrison, the group’s executive director. “That said, what we’ve lost in texture and interaction face to face, we’ve tried to make up for in scale.”

Whether the Democrats’ gamble pays off could become quickly evident if Trump manages to cut into Biden’s lead in the suburbs, where door-knocking is most effective.

of course he is not going out in public or doing media events, every time he says something he screws it up. They and he don’t want the public to know the truth, this is not his campaign it is Pelosi’s and Harris’ campaign to put Harris in as VP and take over quickly when they push Biden to pasture for being mentally deficient.

biden is a big time crook, end of story.

Either the campaign fears what Biden will say to screw up his chances OR they think the election is so rigged with voter fraud that they think it doesn’t matter if he appears or not.

USNvet
Reply to  Mary A Marner

The voter fraud is the reason to not be concerned with campaigning. The election will be held up in court while counting continues until quid pro joe wins.

The less people see of Biden the better it is for the Biden campaign, every time he goes out in public he says something stupid and costs himself votes. He came to Florida, spoke one day and lost the Hispanic vote in Florida, which is tantamount to losing the election in Florida, all in a day’s work for Sleepy Joe. I think his campaign has learned from that experience, they won’t let him out again unless it is an emergency!