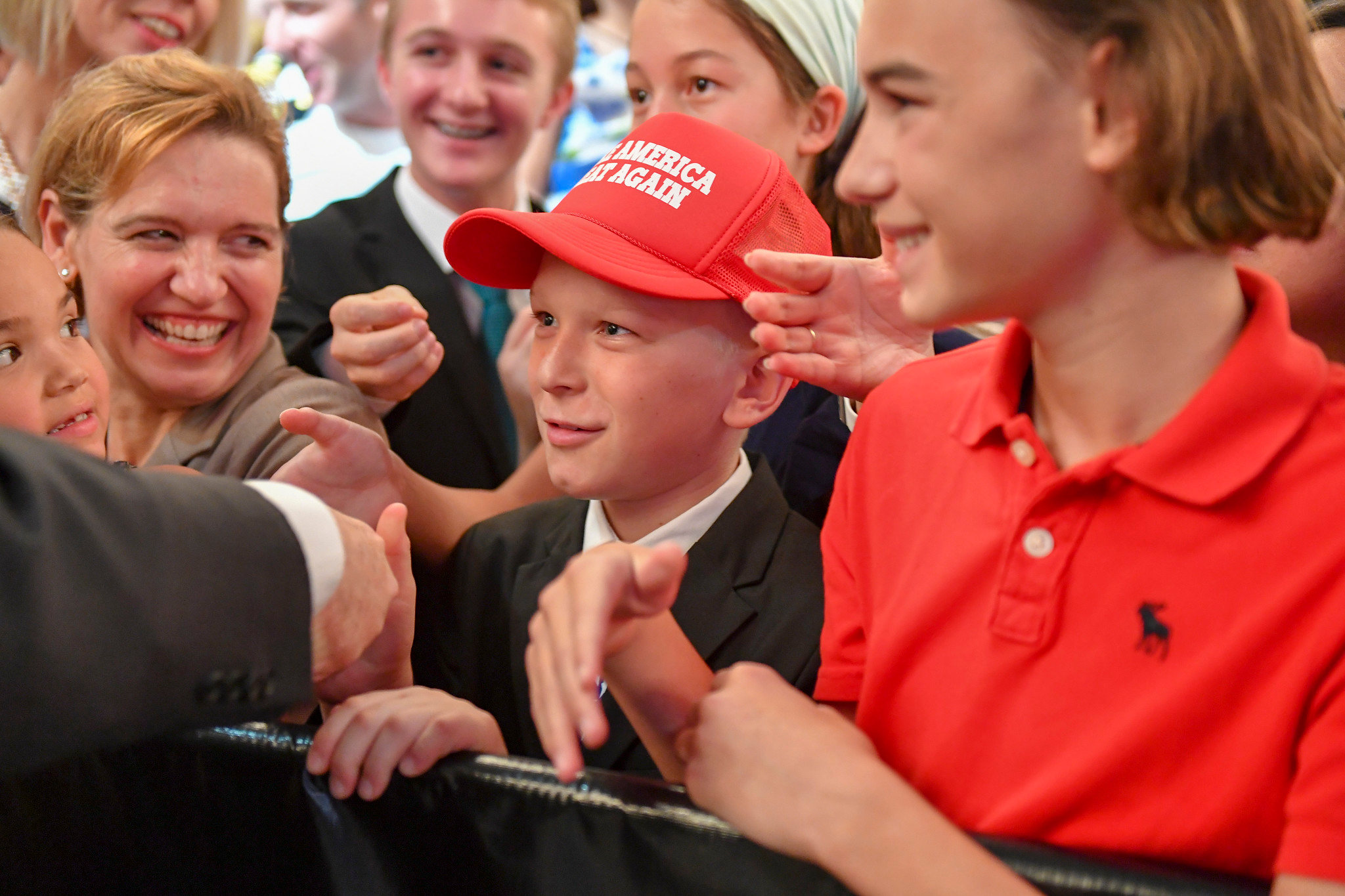 Every adult knows that politics is an ugly business. But even in this hyperpartisan era, there are universally accepted truths, like leaving children alone. At least we thought there were.

For the two young women in the video below, adhering to even that minimal code of conduct was impossible. Incensed at the sight of a boy and his mother waving pro-Trump signs, and his Make America Great Again hat, the duo flew into a rage.

Joe Biden supporters stole Riley’s hat, ripped up his sign & made him cry.
Watch. It’s on video. This is sick.

The video posted online shows both sides yelling at each other in a parking lot. The mother and son were eventually joined by two males who attempted to get the hat back.

The video was shared by Students For Trump.

Remember this video from last night?

Where the radical Democrats stole a 7 year old boy’s MAGA hat and tried to pick a fight with his family?

Violent or aggressive encounters have been common since President Trump took office in 2016, with countless videos appearing of people wearing so-called MAGA hats being accosted in some fashion.

And universities have had an increase in aggressive behaviors towards Trump supporters on and off campus, with what some have deemed attributing to “cancel culture”.

Assault, theft, destruction of private property, verbal assault (probably profanity to a minor).
And the worst of them all – LITTERING!
Good job and applause to the liberal educators and all the universities for turning out such compassionate, caring, supportive, self-respecting young people. But they have self-esteem – no self control, but they feel good about themselves and that is all that matters, right?
Liberals everywhere should be proud.
Sadly, if I said something about retaliation it would probably be me that the liberal thought police would scream at and seek “justice”.

Coming from the party of compassion and inclusion!

Democrats only want inclusion when it adds to their power.

inclusion means; look different but all think and act the same!

I happen to be a retired marine (E8) and i am near 80 yrs (young)..I still do 5 miles at a fast jog pace..Well, one am about 0500 i was out doing my thing wearing a Trump cap when two “low life’s” tried to stop me and threaten to knock my cap off ..Well, I better not tell you where that occurred because I left both of them in a ditch,and went on my way ! Stand up and fight..Or, lose it all !

Semper Fi. Stand up and speak up. We must set the example or become lost in their lying rhetoric.

It’s called ‘taking out the trash’. Of course – If the media found out they would have twisted the account around without seeing any of it: ‘Angry rage-fueled Marine goes on rampage – attacks poor defenseless Biden supporters’. Trump supporters will never win in the narrative-twisting media. We have to collectively pull the load – ourselves, sometimes at great expense. Stay tough, and Thank You for your service.

Summer Fi,
Thanks for your service

Hopefully the Trump campaign invites young Riley to the RNC. Then hopefully they show the video to all Americans to show what Biden, Harris and rest of the left are REALLY about-harming anyone who doesn’t agree with their radical agenda to destroy America.

DUMBOCRAPS.
THE PARTY OF CHAOS AND CORRUPTION.
Destroyers of the AMERICAN way.