Trump Goes on the Offensive in Biden’s Hometown 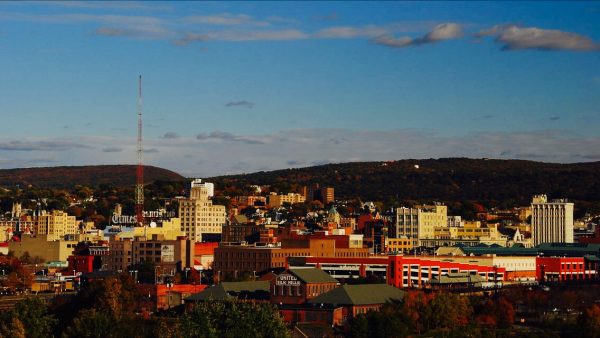 Attempting to knock the wind out of Joe Biden’s sails, President Trump spoke before the Democratic presidential nominee on Thursday in Biden’s hometown of Scranton, Pennsylvania.

Though Scranton remains a Democratic bastion, the Northeastern corner of the Keystone State firmly remains MAGA country. The decision to speak close to where Biden grew up was a universally recognized jab by a president who relishes going on the offensive.

Despite the Democratic Party coalescing around Biden this week, Trump believes he can grow his support in the Rust Belt by highlighting the far-left views that have consumed the soul of Biden’s once-reasonable party.

TRUMP: They want to cancel you, take your job, turn your family against you, while they indoctrinate your children pic.twitter.com/FWy2mYHohW

While some national polls, notably CNN’s, have the presidential race tightening in Trump’s favor, he remains behind in most, occasionally by double digits. And yet, two of the most recent polls from Trafalgar and Morning Call/Muhlenberg College show the president tied with Biden in Minnesota and within the margin of error in Pennsylvania. Clearly somebody is way off!

Do you think most polls accurately reflect Trump’s support? Have you been contacted by any pollsters? Let us know in the comments below and while you’re at it hit those social media share buttons to spread the president’s message.

I have never been contacted by any pollster cuz I’m a Native American and am registered as a non partisan party, yet I’m senior and Vietnam vet

I have never been contacted for polls so I will just say I support Trump,this time. I will never vote democrat again after Trump has shown how corrupt these swamp critters are. All I see is the money wasted by democrats that I bust my ass to make on all these stupid investigations

Thank You for your service

DomocRATS are not democratic so don’t refer to them as such.