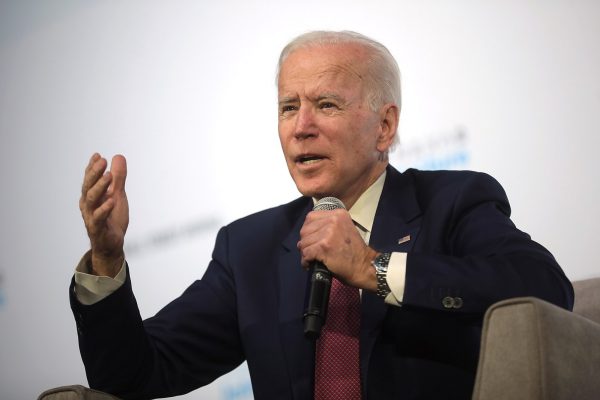 Last week the Democratic Party released a draft of the party platform that is expected to be officially approved at the party convention later this summer. A party’s platform doesn’t receive the public attention these days as in the past but reflects the goals of the party and its nominee for the White House and history tells us it is a pretty good guide for where he or she will take the country if elected. Political scientists since the seventies, in fact, have come to view a party platform, as the “candidate’s platform,” according to the Atlantic.

If that is what a modern party platform represents, this year’s Democratic Party Platform is a truly frightening document. In releasing its 2016 platform the Democratic National Committee described it as “the most progressive platform in our party’s history.” This year’s document makes the 2016 document look conservative and should tell us all we need to know about what to expect if former Vice President Joe Biden moves into the White House in January.

The 2020 Democratic Party views the world in purely racial terms. Everything is about race and the party’s commitment to the minority voters that today make up the base of the party. Four years ago, Hillary Clinton dismissed white working-class voters who supported her opponent as racist “deplorables” while today’s Democrats have broadened the term to include virtually all American whites.

The message is clear, unless you fall into one of these favored groups, your needs and problems will be dealt with later if at all.

The platform also promises that a Biden administration will require that all health plans will be required to cover “gender transition surgery and hormone therapy.” Translated, that means that everyone’s health coverage will go up for the benefit of a favored group (RELATED: These Body Parts Are Now Sexist). Favoring the “transgender” community and those the platform refers to as “LGBTQ+ people” is a major party goal as reflected in the vote of 100% of House Democrats last year for federally mandating that all public school bathrooms and locker rooms be open to students who think, feel or believe that they are trapped in the wrong male or female body.

Alarmingly, the Democrats are doubling down on their declared war on the nation’s suburbs. The platform explicitly promises to reinstate and enforce the Obama era’s “Affirmatively Furthering Fair Housing” rule which would allow the feds to take over local zoning so that bureaucrats in Washington can abolish single-family zoning because their dream is not of suburban communities where Americans can live with their family in communities of which they have dreamed for decades, but be required even if they leave the central cities to make do in crowded high rise apartment complexes. They would do this in the name of racial and economic equality, without acknowledging or perhaps even realizing that 53% of America’s Black families have already left the inner cities for suburban living because their dream is to live in just the sort of neighborhoods the Democratic Party would destroy.

Whether one chooses to live in Chicago, Baltimore, any other large American city or in the suburbs, the Democrats would per their party platform create new challenges by 1.) further restricting or even outlawing firearms ownership, and 2.) “defunding” or even abolishing the police forces that protect citizens in their homes on the streets of their communities; and, 3.) enabling the youth gangs that control many urban areas by weakening the ability to impose criminal sanctions on younger violent criminals.

There is much more in this platform that should be of concern to every voter, but it is all shaped by the Democratic “progressive” dream of a society that few American share.

READ NEXT: Democrats Honor Native Americans That Fought Against U.S. >>

Would You Do Business With Someone With Different Political Beliefs Than You?
Iran’s Fake U.S. Aircraft Carrier Sinks by Mistake – Creates Shipping Hazard

what happens when all whites leave the usa? the commie democrats will destroy the usa and putin is laughting his butt off