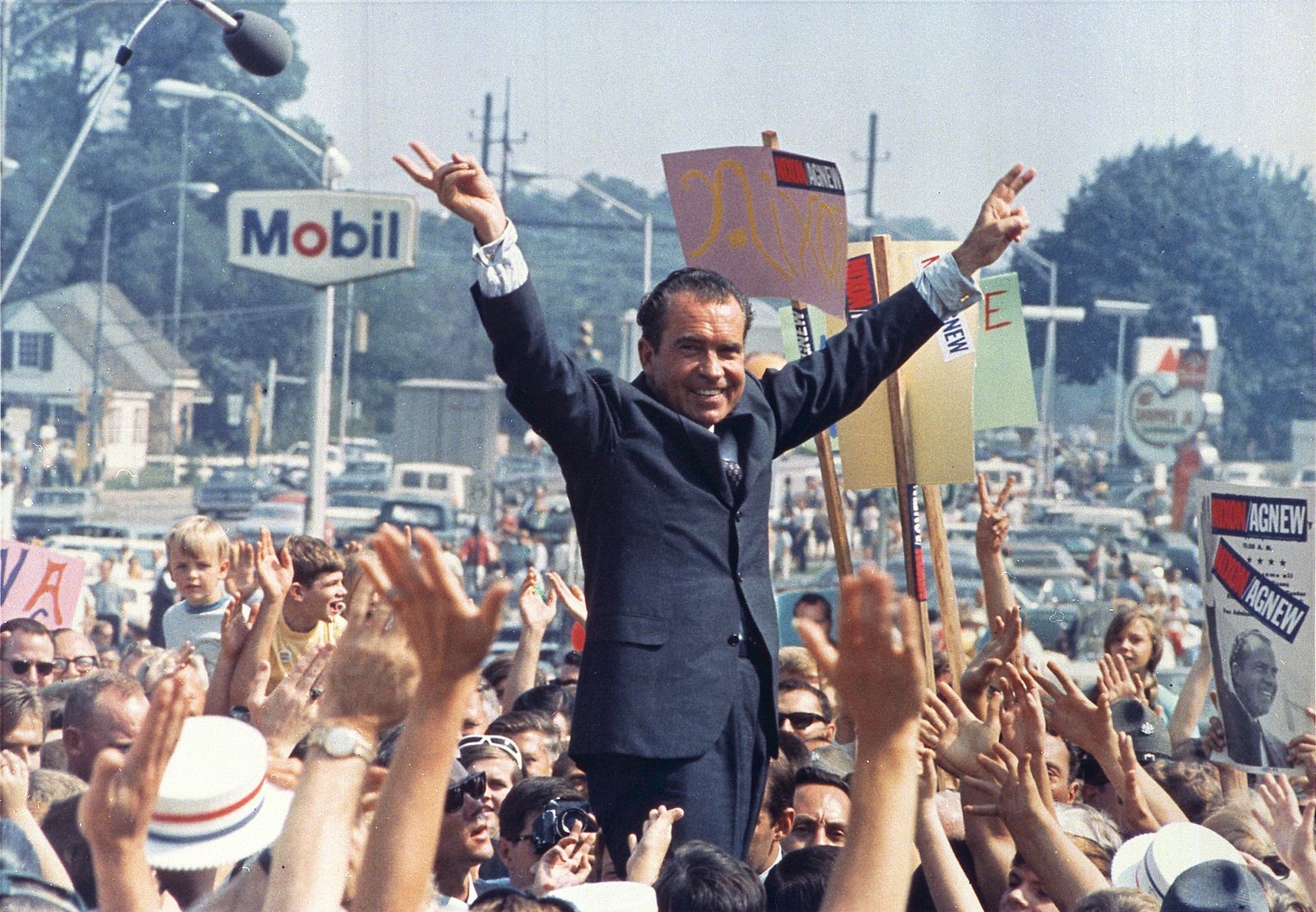 Today’s progressives are almost proudly ignorant of the history they want to destroy, rewrite and or at least ignore and in the process, they are toying with repeating the mistaken strategy that brought their revolutionary predecessors down in the late sixties.

1968 was perhaps the most turbulent year Americans had faced since the end of the Second World War. It saw the assassinations of Robert Kennedy and Martin Luther King, riots in major American cities that took hundreds of lives, and the emergence of organized leftist radicals who saw themselves as in a position to destroy the America they had come to detest. The Weathermen, the Black Panthers and radical offshoots of the Students for a Democratic Society threatened those with whom they disagreed, dominated many American campuses, and embraced terrorism as legitimate.


Many liberals of the day sympathized with the radicals and their attacks on the police. Hollywood parties were held honoring them, the media lionized them and agreed that, yes, they were changing the country for the better. Many politicians cheered them on as well and analysts suggested that outrage over the war in Vietnam, racism at home and a system that just wasn’t working would virtually guarantee that Democratic politicians who seemed prepared to placate if not embrace the new radicalism would win that November.

I was a student at the University of Wisconsin in Madison back then. We lived through riots and those of us who didn’t agree with the left were shouted down or threatened with reprisals for the positions we took. I was informed by a radical debate opponent in front of an audience of six hundred that he wouldn’t dignify anything I said with a reply other than to promise that “Come the revolution, I would be among the first executed.”

The revolution he was so sure was coming never took place. The excesses of the left may have resonated with the media and the smart set, but most Americans watched quietly and were appalled by what was going on. They loved the country the left despised and knew that while they couldn’t compete with them on the streets, an election was fast approaching.

Richard Nixon was elected President, a referendum in Madison, one of the most “liberal” cities in the country, demanding that the US immediately withdraw from Vietnam failed and politicians who had misread the mood of those who Nixon had begun referring to as the “Silent Majority” backpedaled too late.

Sounds a lot like today. Pundits are telling us the upheavals of today will doom a president out of step with the radicals and the media to certain defeat, the country has changed almost overnight and that the American voter will react positively to the mobs looting our major cities, demanding our history be rewritten, and that the Washington and Jefferson Memorials be destroyed.

What began as a protest over legitimate concerns has morphed into something far more dangerous. The demand of justice for a man killed in Minneapolis has been seized by the same sorts of activists who took over the civil rights and anti-war movements of the sixties. While millions of Americans sympathized with opposition to what has been universally portrayed as racism the overreach that has taken place in the days since the death is turning them off in the way that the riots of the late sixties turned millions of voters to the right.

The public today is beginning to see not a legitimate reform movement, but radicals demanding the police be disbanded, that statues not just of Confederate generals, but of Christopher Columbus and Winston Churchill be taken down, and that those who disagree with them or criticize their actions be fired from their jobs and, if possible, destroyed.

It sounds very familiar to those of us who lived through the sixties and it’s likely to end in the same way as voters this fall will have the same opportunity they had in the face of leftist overreach back then. The majority may not be any noisier today than in 1968 but will have the final word in November.

Can’t AAC stop those two idiots advertising their easy money scams? We are all sick and tired of them occupying this space.

These Democrats are doing Voter Fraud with every election from 2016 until today that is why all of their Democrat congressmen and women are winning and is the only way they can win is by cheating at the Voting Polls. Every Democrat election should be investigated right away.

You are correct. In California they stole several House seats by ballot harvesting. They will be doing this again. I hope the Republicans are ready. It is hard to believe that anyone would vote for any of these radical people who want to destroy this country.

The democommunists have been stealing elections since the 1960’s. The problem is the non dems keep looking the other way.

History does tend to repeat itself. I am hoping the author is correct and that nothing more than the destruction these organizers have caused is the final result. I too grew up in the 60s, 70s. This somehow feels different to me, more serious. The 60s was more spontaneous chaos. Many of, in fact the majority of the protesters of today are legit, and merely want to see some changes made. But what we are seeing is nearly every protest ends up being hijacked by a few individuals who pump up the mob, so to speak, then commit a few acts of violence and then all hell breaks loose.
With supplies for destruction being strategically placed in given ares of the cities that are targeted. Bricks, bottles, flammables all suddenly appearing in massive quantities. These kinds of things don’t just happen overnight. This has been thought out and organized well in advance, like it was just waiting for the opportune moment. It feels more sinister to me. I don’t believe that winning the election, and I agree that we will, is going to stop it. It may, in fact, actually inflame the left even more. Everybody watch your six after POTUS wins a second term.