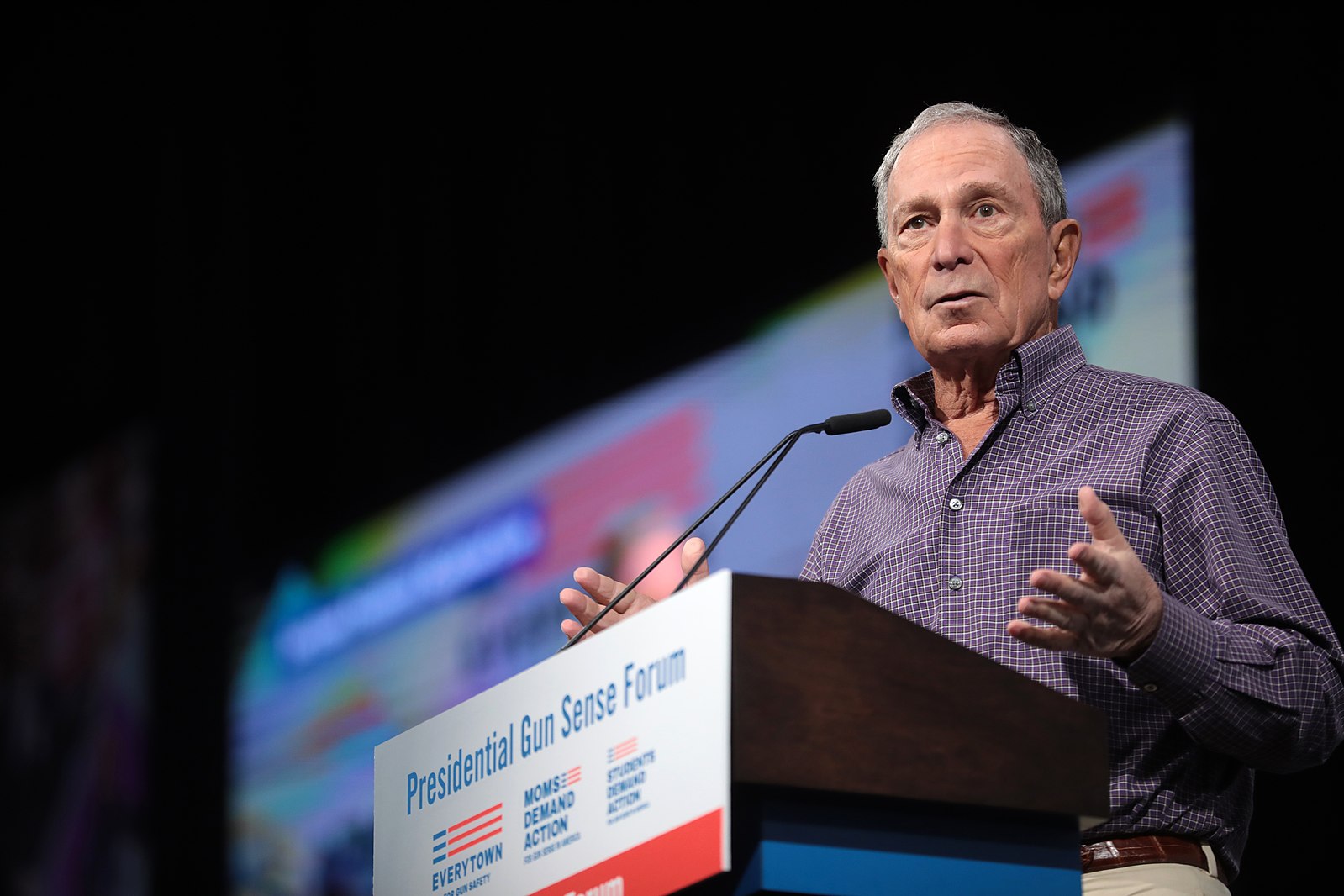 Despite his fortune, Michael Bloomberg’s quixotic presidential campaign proved nothing more than an embarrassing experiment, showing no amount of money – even $900 million in ads blanketing Super Tuesday states – can buy the presidency.

But that failure hasn’t kept the ambitious Manhattan businessman down. Ever focused on the future, he’s determined to spend his sunset years molding the Democratic Party in his image. However, his hastiness may be his undoing.

“Allowing these kinds of contributions is everything we’ve said no to in 40 years of campaign finance jurisprudence,” railed Backer, who filed the FEC complaint on behalf of his pro-Trump Great America PAC. “Never has this been okay at the federal level.”

Backer has never been one to shy away from a fight, and he fully expects to win this one, even though FEC commissioners hail from both political parties.

“If you allow Bloomberg to do this, you’re giving democracy to a billionaire oligarch,” he added. “… Having been unable to buy voters, he’s doing the next best thing and buying the party itself.”

In an attempt to counter Backer’s crusade, the DNC has launched its own offensive, rejecting the narrative that anything illegal transpired. The DNC’s communications director, Xochitl Hinojosa, summed up her party’s response when prodded on Twitter.

No. Bloomberg was in earnest running for POTUS & transferred money to his campaign ahead of trying to win on Super Tuesday. Didn’t win. He, like any other candidate, can transfer that $ to a party cmte. A candidate moving $ just to transfer to a party doesn’t pass the smell test https://t.co/FyeD3VkjMQ

While the Democratic Party may find this explanation adequate, Hans von Spakovsky, a former member of the Federal Election Commission, does not.

Responding to AAN staff, von Spakovsky explained, “I assume you’re talking about the claim that Bloomberg is violating federal contribution limits due to the $18 million his campaign fund is giving to the DNC. I think this is a legitimate complaint filed with the FEC that has substantive legal grounds. It is a unique situation; because Bloomberg was the only contributor to his campaign and he has sole control over his campaign fund account, it does appear that he is using the campaign to launder a contribution to the DNC. That is a massive violation of the contribution limits an individual can give to political parties. According to the current campaign contribution limits set out by the FEC … Bloomberg could only contribute $35,500 to the DNC and $106,500 to the party’s special segregated accounts. Yet he is giving the DNC $18 million of his own money – money that, while it is currently in the campaign, he has complete control over.”

Might as well forget about it, he’s a democrat and they are above the law. Nothing will be done.

The virus pandemic is the best thing to come down the pike for the Democrats.
You couldn’t make a better cover for their shenanigans.
Durham needs to hold on to his report until the Fall otherwise it will be lost in the “noise”.

Sadly you are correct John M.

A. D Roberts
Reply to  James

We knew who he was. He was just so arrogantly stupid to not know that he did not speak for just about anyone except the YANKEES. So we now see how well Mike “gets it done”. See the non disclosure agreements his women victims had to sign. See how he ignored our second amendment rights while he had armed guards. See just another arrogant Democrat. Only he could not deceive like Bill and Hillary did.

It would certainly help if you could restrain yourself from
such foul, indecent gutter language (you can still speak in nasty terms) to get your point across.

Suntag should have said, “Bloomberg is one who thinks he is smarter than he is, when in reality his IQ is lower than the distance from the floor to his butt. Furthermore, he received devastating medical news recently, it appears they found a brain tumor during his last routine colonoscopy. Bloomberg is on the opposite side of a winner and has a sharp untamed tongue. Rumor has it he enjoys a hot dog now and then.”

Throw him in jail and confiscate the 18M.

I don’t like Democrat’s because of what they stand for… I like Suntag’s message even less. You sound like you’re from their side… a deliberate plant maybe?

why don’t you tell us what you really think?

It would be wonderful to see one of these Dems held accountable for something. They need to be stopped before they completely destroy this country.

Not the same. No one had a problem while Bloomberg was financing his OWN campaign. This “transfer” of his personal funds is simply a cover for a massive donation that exceeds limits.