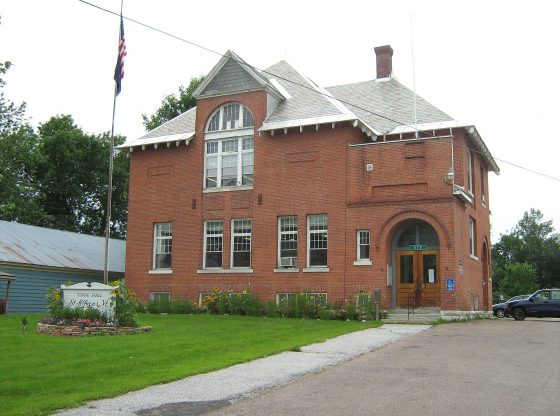 An all-white liberal Vermont city council kicked a black man off a woke diversity committee after he criticized liberal policies and claimed his “pronouns” were “MAGA.”

The Vermont Daily Chronicle reports St. Albans city council-members voted to remove Keith Longmore from the “Belonging, Equity, and Inclusion Committee” after he criticized the committee’s liberal bias, voiced support for Donald Trump and pointed out the only racism he’s experienced in Vermont is from liberal political officials.


Members claimed Longmore was “obstructionist,” “disruptive” and “unmanageable” for criticizing the committee’s political goals.  It was formed to help the city’s 96 percent white population “understand the experience of historically marginalized groups.”

“This is without a doubt the most egregiously racist, age-ist thing to ever happen to me in Vermont,” Longmore told the Daily Chronicle. “The fact that an all-white City Council chose to remove me, an elderly African American, from a Committee named Belonging, Equity and Inclusion is shocking enough.”

“But to do so because I won’t go along with the ‘Saint-Albans-is-racist’ narrative is a shocker. In the Bible it says, ‘thou shall not bear false witness against thy neighbor’, and I stand by that,” Longmore told the Daily Chronicle.

This City (St Albans) is not a racist City. The people who live in St Albans are like most other Vermonters in that there is a live and let mindset. I love this City and its people and it is the reason why I wanted to be on this Committee, to represent Vermonters who believe that all lives matter and that their City and State are not racist,” Longmore told the Daily Chronicle.

The committee had held only one meeting.  Its web page proclaims “All Are Welcome Here.”

The motion to remove a black man from a diversity committee was sponsored by councilmember Mike McCarthy, a white man who ran on a woke platform of climate and social justice policies.

This is the perfect example of liberal idiocy in action.

???? & they call them selves Open Minded & Diverse in a pigs eye

Tolerance ONLY IF IT AGREES WITH PC Dogma

Suuuure they are! I forgot to mention “honest.”