The Elitists Who Want to Rule the World 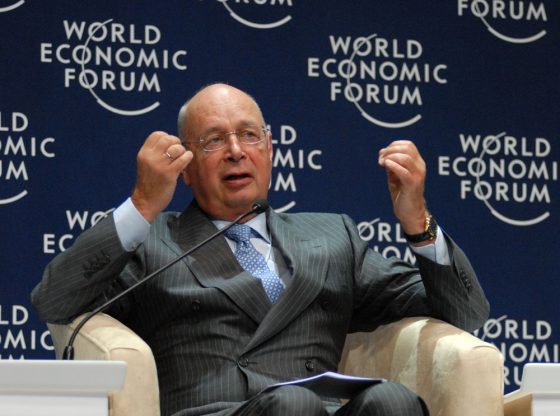 Klaus Schwab is the head of the World Economic Forum; he founded the organization in 1971. Each year, the WEF hosts a massive conference in Davos, Switzerland, with thousands of world leaders, diplomats and experts on various topics gathering to trade ideas about how best to cooperatively run the world. Lest this characterization be seen as overstating the case, Schwab himself said as much this year in opening the conference: “The future is not just happening. The future is built by us, by a powerful community as you here in this room. We have the means to improve the state of the world. But two conditions are necessary. The first one is that we act all as stakeholders of larger communities, that we serve not only self-interest but we serve the community. That’s what we call stakeholder responsibility. And second, that we collaborate.”

This is the call to action for elitists the world over. They appoint themselves the representatives of global interests — without elections, without accountability — and then create mechanisms of national and international order to control citizens over whom they claim to preside. Schwab himself has decoded his favorite term, “stakeholder capitalism.” He wrote in Time magazine in October 2020, “Free markets, trade and competition create so much wealth that in theory they could make everyone better off if there was the will to do so.” To do so, however, would require taking hints from Greta Thunberg, #MeToo and Black Lives Matter; it would require “building … a virtuous economic system” in which companies abandon their core mission of serving customers and shareholders and instead embrace answering questions like “What is the gender pay gap in company X? How many people of diverse backgrounds were hired and promoted? What progress has the company made toward reducing its greenhouse-gas emissions?”


All of this extraordinary arrogance is predicated on a perverse view of how successful change works within decentralized systems. As Schwab himself acknowledges, free markets have generated more prosperity than any system in human history. But that’s because free markets are (SET ITAL) not (END ITAL) a top-down imposition, a system created by conspiratorial muckety-mucks in a back room somewhere. Free markets were the outgrowth of centuries of evolutionary societal progress: gradual recognition that private ownership was the greatest incentive toward work and innovation; incremental understanding that individual rights are the only alternative to endless conflict; step-by-step acceptance that decentralized sources of knowledge are both broader and deeper than centralized ones. The most powerful and durable institutions we have are traditional because, as F.A. Hayek wrote, they are “a product of cumulative growth without ever having been designed by any one mind.”

For Schwab and his ilk, however, it’s precisely such an evolutionary approach that must be ended. Instead, he and his rationalist buddies — brilliant businessmen and ambitious politicians, striving bureaucrats and myopic experts — will cure the world of its ills, so long as we grant them power. Or, more likely, so long as they seize power in the name of “stakeholders” to whom they are never answerable.

One of the great ironies of the past several years is the gap between the elitists’ perception of themselves. To the elitists, their solutions failed because citizens of the world lacked the will to listen to them; to the citizens, the elitists failed because their prescriptions were ill-founded. Yet so long as the elitists retain their power, they will continue to push forward their utopian dreams at the expense of those they purport to serve.

Ben Shapiro, 38, is a graduate of UCLA and Harvard Law School, host of “The Ben Shapiro Show,” and Editor-in-Chief of DailyWire.com. He is a three-time New York Times bestselling author; his latest book is “The Authoritarian Moment: How The Left Weaponized America’s Institutions Against Dissent.” To find out more about Ben Shapiro and read features by other Creators Syndicate writers and cartoonists, visit the Creators Syndicate website at www.creators.com.
COPYRIGHT 2022 CREATORS.COM.

You can count Sen Mitch McConnell in that. He should be voted out.

The people in Kentucky should primary his ass

Schwab and his Davos devils disguise their Fourthe Reich scheme calling it the Fourth Industrial Revolution.