Why President Trump Is Best for U.S. National Security (Iran and Middle East) 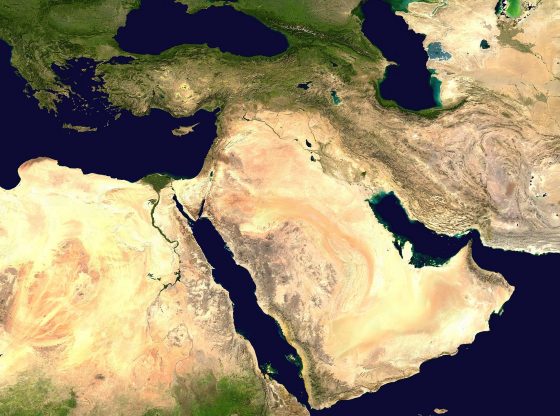 OPINION – This is my third piece on why Trump is best for U.S. national security. While some bemoan President Trump’s tweets or behavior, I prefer to focus on policy. Specifically, national security policy.


And in that regard President Trump should be the clear choice for any U.S. citizen truly concerned about protecting America and keeping it strong in an increasingly dangerous and unstable world.

Earlier I explained how Trump is effectively countering the greatest existential threat to the U.S. today and for the coming future – China. The first and only president to do so in decades. That alone should make Trump the national security choice for president in 2020.

I also explained how despite the disinformation, Trump’s policies toward Russia have been far stronger and more forceful than Obama-Biden. And then there is the issue of Trump’s historic remaking of the Middle East.

First, let us recall that due to Obama-Biden’s disastrous and precipitous, election year withdrawal from Iraq in 2012, ISIS erupted on the scene and mushroomed into a major terror threat. As Obama-Biden dismissed ISIS as “the JV team,” the terror group created an oppressive and cruel Islamic State covering large swaths of recently freed Iraq and parts of Syria.

Thanks to Obama-Biden, when Trump was inaugurated ISIS was engulfing the region in brutal violence of beheadings, burning victims alive, and throwing them off buildings en masse.

Within two years of entering office, President Trump had defeated the Islamic State and recovered almost all lands under ISIS control. This was done through a mixture of removing restrictive, politically motivated Rules of Engagement (ROE) that had hampered the U.S. military from taking the fight to the enemy, but also by Trump delegating authority to his commanders to use their judgment to defeat this terror menace.

While ISIS may not be 100% defeated, and few Islamist terror groups ever are, Trump did remove them as the dire and expanding threat they were in 2016.

Meanwhile, Trump has dealt firmly with America’s other regional nemesis, Revolutionary Iran. First, by withdrawing the U.S. from Obama-Biden’s farcical nuclear deal, that barely postponed Iran’s nuclear ambitions, at the cost of giving the terrorist regime hundreds of millions in planeloads of cash, and billions in sanctions relief.

Trump’s alternative? A “maximum pressure” campaign of sanctions and other efforts that the Iranian regime has recently admitted has caused them serious damage. Beyond that, Trump scrambled the Iranian leadership’s strategic calculus when he boldly took out the regime’s terror master and architect of Iran’s imperial ambitions, Qasem Soleimani.

This showed Tehran in no uncertain terms, that Trump was willing to go where others before were afraid to tread. And that their terror attacks against the U.S. would not be tolerated. Other than some minor rocket attacks, Iran has been surprisingly quiet since then.

We only need to see that the U.S. Intelligence Community has officially deemed that Iran is actively working toward a Biden win, and Trump defeat, to know they fear Trump and are eager for a Biden presidency to go back to “business as usual.”

Finally, and perhaps most significantly, and most underreported, President Trump has achieved what no other president has in decades – a real and growing framework of peace between several key Arab states and Israel. This was accomplished via Trump’s unique style of personal diplomacy.

It overturned decades of failed establishment consensus approach that emphatically believed no peace could be achieved without resolving the Palestinian issue.

As Trump has brokered peace deals between Israel and the United Arab Emirates, Bahrain, and Sudan, calculations are being made in many other Arab capitals regarding the normalization of ties with Israel. Many are rushing to get into the peace game with the U.S. and Israel before January 20, 2020.

As Israeli Prime Minister Benjamin Netanyahu said, by locking the deal in now, the UAE, Bahrain, and Sudan are “changing the Middle East map.” Other Arab states hope to do the same. Bloomberg noted that “Win or Lose, Trump’s Changed the Middle East.”

Trump was rightfully nominated for the Nobel Peace Prize for his achievement. His historic accomplishments can only bode well for U.S. efforts to bring all the Arab states into a new coalition to contain Iran and protect U.S. interests in the Middle East.

It is almost absolutely certain none of this would have occurred under a pro-Palestinian, anti-Israeli, pro-Iran deal Hillary Clinton administration. Even less likely in the presidency of an identically defined Joe Biden, now backed by the “Squad” of anti-Israeli Congresswomen like Alexandria Ocasio-Cortez (AOC), Rashida Tlaib, and Ilhan Omar.

Any national security-minded American concerned about the threat to the U.S. from Revolutionary Iran, and Middle East terrorism should see that President Trump is the clear and only choice to face these serious Middle Eastern threats.

If you c ant see the difference between Trump results and trump tweets, your an idiot or a terrorist, marxist human.