The Most Egregious Examples of China’s Coronavirus Cover-Up 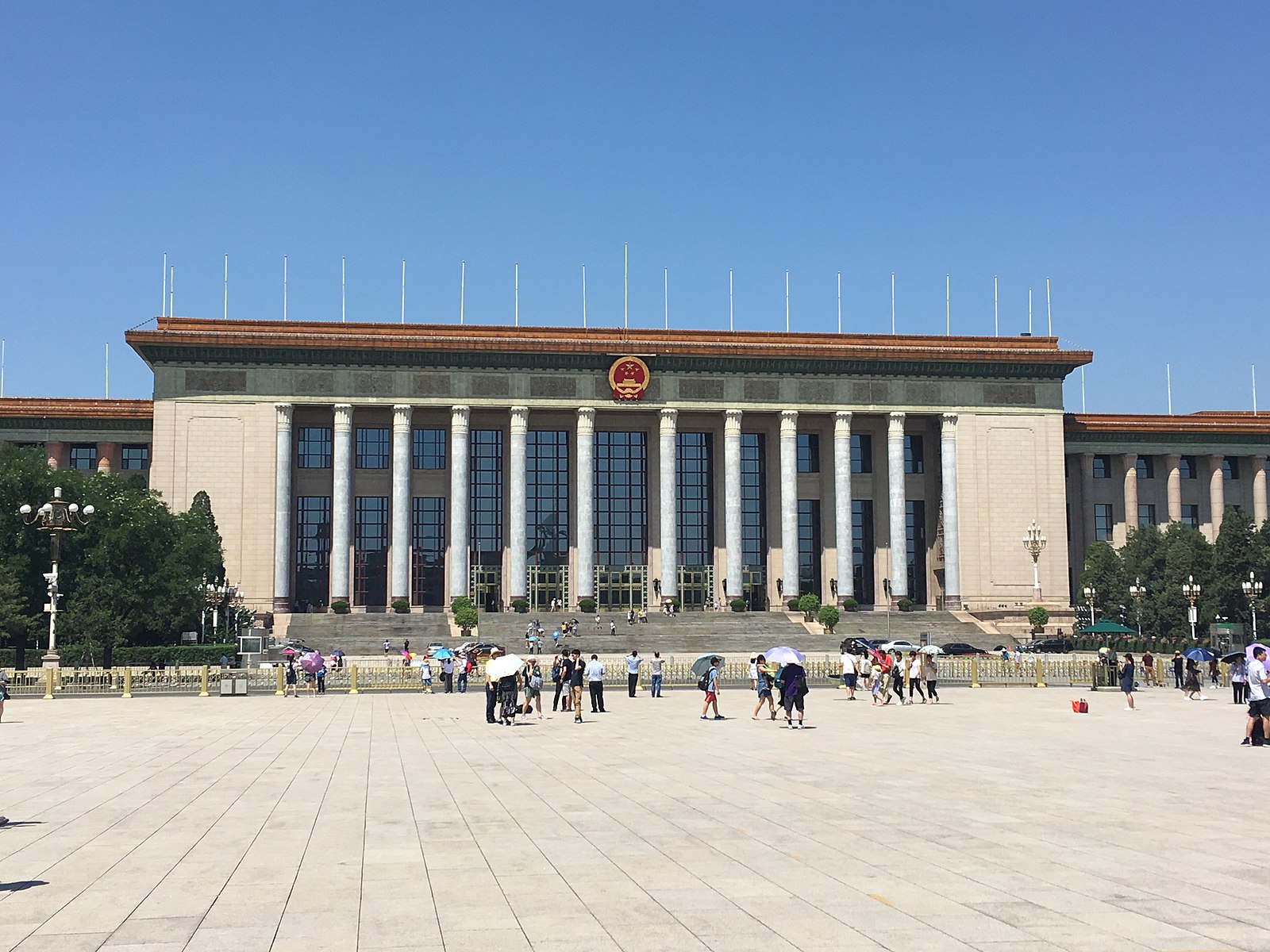 Worse Than You Think…

The Communist Party of China has made repeated efforts to shift the blame for exacerbating the novel coronavirus pandemic towards the United States, even going so far as to threaten to disrupt the supply of pharmaceutical products into America. Additionally, Beijing has made numerous attempts to cover-up for local officials who ordered life-saving research destroyed. This delay came at a pivotal time – when the odds of containing COVID-19 were significant.

Here is a summarization of what we know:

A Wuhan bio lab was testing samples of COVID-19 in late December. The lab found that it was a highly contagious pathogen that caused viral pneumonia, which could be deadly, especially for at-risk populations. However, government officials moved to destroy the samples and suppress the story.

A Wuhan lab that identified COVID-19 as a highly contagious pathogen in late December was ordered by local officials to stop tests and destroy samples. Beijing is now scrambling to censor the story https://t.co/3a28zGcPXn

The Chinese Communist Party did not acknowledge any human-to-human transmission of COVID-19 for another three weeks. The world would have been exponentially better off had the research been made available immediately.

Following the initial outbreak, Chinese citizens who attempted to spread accurate information about the virus were imprisoned and the government systematically removed what they had posted online. Exacerbating matters, the Chinese government then began a propaganda campaign to absolve itself of any responsibility.

Experts from across the ideological spectrum are now faulting the Chinese government for its harsh crackdown that severely restricted the flow of life-saving information when it mattered most.

Ren Zhiqiang is a former real estate tycoon and a fierce critic of President Xi Jinping. Besides his wealth amplifying his criticisms, Ren is also one of the most successful bloggers on the Chinese internet and openly critical of the Communist Party.

After deriding Xi’s response to the virus he vanished into thin air. Not even his closet allies know where he is or if he’s even alive. But all the circumstantial evidence points to the same suspected culprit: the Chinese government. If proven, Ren’s disappearance wouldn’t be the first time they kidnapped dissidents.

China’s first wave of propaganda in this campaign targeted its own people. Apparently its citizens’ deaths are preferable to accusations of negligence, or even embarrassment to the state. Recently, Beijing put into motion a long-simmering plan to restore its prestige by purporting that the United States was behind the virus.

Chinese Foreign Ministry spokesman Zhao Lijian alleged the virus originated in the United States and that the US military “brought the epidemic to Wuhan.”

2/2 CDC was caught on the spot. When did patient zero begin in US? How many people are infected? What are the names of the hospitals? It might be US army who brought the epidemic to Wuhan. Be transparent! Make public your data! US owe us an explanation! pic.twitter.com/vYNZRFPWo3

While American journalists are not buying China’s disinformation campaign and the regime has expelled several reporters, they are adopting the regime’s language. CNN anchor Chris Cuomo stated that President Trump acted in a racist manner for suggesting that this was a Chinese virus. We have nothing but respect and sympathy for the Chinese people. Countless millions suffer in that government’s tyrannical grip. This particular virus did originate in China’s Hubei province. Even on CNN, albeit two months ago, Mr. Cuomo’s colleagues referred to COVID-19 as the Wuhan coronavirus.

Liberal media pundits want you to think referring to the coronavirus as the “Wuhan” or “Chinese” virus is racist.

Here’s just a few of the times the liberal media did just that. pic.twitter.com/ss3kV5smSP

We should never be dependent on a communist country like China to make and control our medicines, what a perfect way for them to hurt Americans.

Donald Trump is a very smart, astute, patriotic guy and always has been. in several of his interesting, informative published book dating back decades, he has been warning America about the danger to the U.S. of China, including of paramount importance our reliance on them for a vast amount of crucial goods and the harmful imbalance of trade and lack of tariffs, all of which work in their favor. It’s criminal that a parade of previous administrations were hoodwinked from within by subversive Marxists in elected and agency positions and academe. These dangerous “experts” sang a song of “kumbayah” that stifled and squashed elected officials’ common sense about protecting the U.S., which had for so long been a powerhouse of industrially independence, into a country unnecessarily vulnerable to shortages and even blackmail.

Never makes sense to me. We spent so many American lives fighting communists and then the idiots of our country are allowed to leave communists into our country…our government for god’s sake! Was it okay to kill communists in a foreign country but not here? Was the goal the country or the communist ????

China has already blackmailed the US that – if we don’t stop pointing the finger of responsibility at China – they will see to it that Coronavirus massacres us.

This is how the export version of China’s Social Credit System works: YOU BEHAVE AS WE DEMAND OR ELSE!

When US “big pharma” can buy prescription and OTC drugs at extremely low prices from foreign nations and sell the them at extremely inflated prices, they will continue to do so. I am a proponent of “free-trade”, but “free-trade” must be adjusted when it involves international trade with 3rd world economies. It then becomes “balanced-trade” which require trade agreements that are expertly negotiated, without bias.

Who ever made the decision to put our pharmaceuticals in the hands of a communist country?

THIS….was the brainchild of….then…President Bill Clinton.
So, YES, it was $$$$$$$$ that lured the Clinton’s into this potentially fatal deal.

Yes, Remember how our jobs started going to China, this started with Bush. Clinton’s and Obama’s presidency they really pushed the drugs be made in China. I did check the pharmacy about Xarelto. But it was probably made in China and packaged here. That’s how they were getting around the inspection and label. I wouldn’t have bought it if made in China. Found out later it was on recall. Another issue because the FDA didn’t advise the pharmacist about the recall.
I guess to many Democrats would lose money.
Trump 2020

Democrat officials made the decision not to protect Americans from communism and communist.

You and I did by not paying attention to idiots in congress.

Under Clinton’s and Obama’s everything was hid. Just like Obama deporting illegals. He wasn’t deporting he was having them bussed through Sheriff Joe’s District and Phoenix bus station. Brown was involved because he started Sanctuary cities and states. We have no idea how many terriors are in our country.
We don’t know how many Dreamers. Every state has Drug cartels gangs. CA they are in the schools. They have taken over towns. Morina Valley was taken over by drug gangs 30 years ago. It’s not safe to stop for gas. Glen Avon has been taken over by Muslims. Why is our government in CA supporting money to help Muslims refugees start a business. Have you ever heard of our government helping a veteran open a business. I volunteer and find a lot of homeless veteran who are in wheelchairs but no help from government in CA. This virus is a good wake up call for our country.
Trump 2020
I like his agenda, his wall, his deporting illegals gangs and criminals. I don’t care how long they have been here.
Welfare people are working for cash. If they find this fraud they should deport them. No voting for illegals.
That should put Nancy Pelosi out of office.
Trump 2020

Bella Pelosi, better known as Dracula. Sneaked in a 1 billion Dollar funding for Plan Parenthood (The abortion factory) in the Coronavirus bill. Never let a crisis go to waste is one of the Demoncrat 10 Satan Commandments.

Wuhan Virus AKA: Coronavirus weaponized by China and their treasonous Godless demoncratic Commie party and cohorts the fake media, academia, Hollywood, Millennials…to crash the greatest US economy ever! And to take down the greatest president ever, President Trump!! Keep up the great work President Trump! 2020 and beyond! From the Patriots of a Commie Demoncrat free America!

The Democrat Party needs to be dissolved and redone. It has evolved into a communist political organization. Communists should never be allowed into this country. To hell with the PC ideology!!!!!

I think your correct the Democratic Party should be dissolved ., you can plainly see they want to destroy this country.. look what Obama did bringing all those Muslims in.. now they want to vote against our country.

Nr – 100% agree. The Dems are totally behind this travesty. President Trump is little by little depleting the Dems source of wealth and eventually their power. They are anti-American and only care about their personal wealth and power. They’ll turn on each other when their party is ready to collapse.

She has done nothing for CA in the 50 years she has been in office. She has to get illegals drivers license and DMV has documents for voting rights and the DMV not allowed to ask if illegal. We need to stop the fraud. Judicial watch found 1.4 million fraud votes in Los Angels county. Judges don’t keep criminals in jail, they are back on streets before Law Enforcement agencies get paper finished. No responsibility for their crimes. Illegals deported because of crimes and they don’t do anything to stop them from coming back. Drug cartels, sex offenders and murders. They are going after single people and especially seniors. Young girls. Not safe for anyone.
This virus is a good wake up call for our government and how much we were dependent on China. Trumps agenda is working and I hope he can stop our drug companies from buying from China. The drugs are made in China and packaged here. Citizens and pharmacy are not aware of this fraud. Need investigated and stopped. Nothing Military should be made in foreign countries. Food supply is important too.
Trump 2020
Prayers for our country. Thanking God for taking care of the virus.