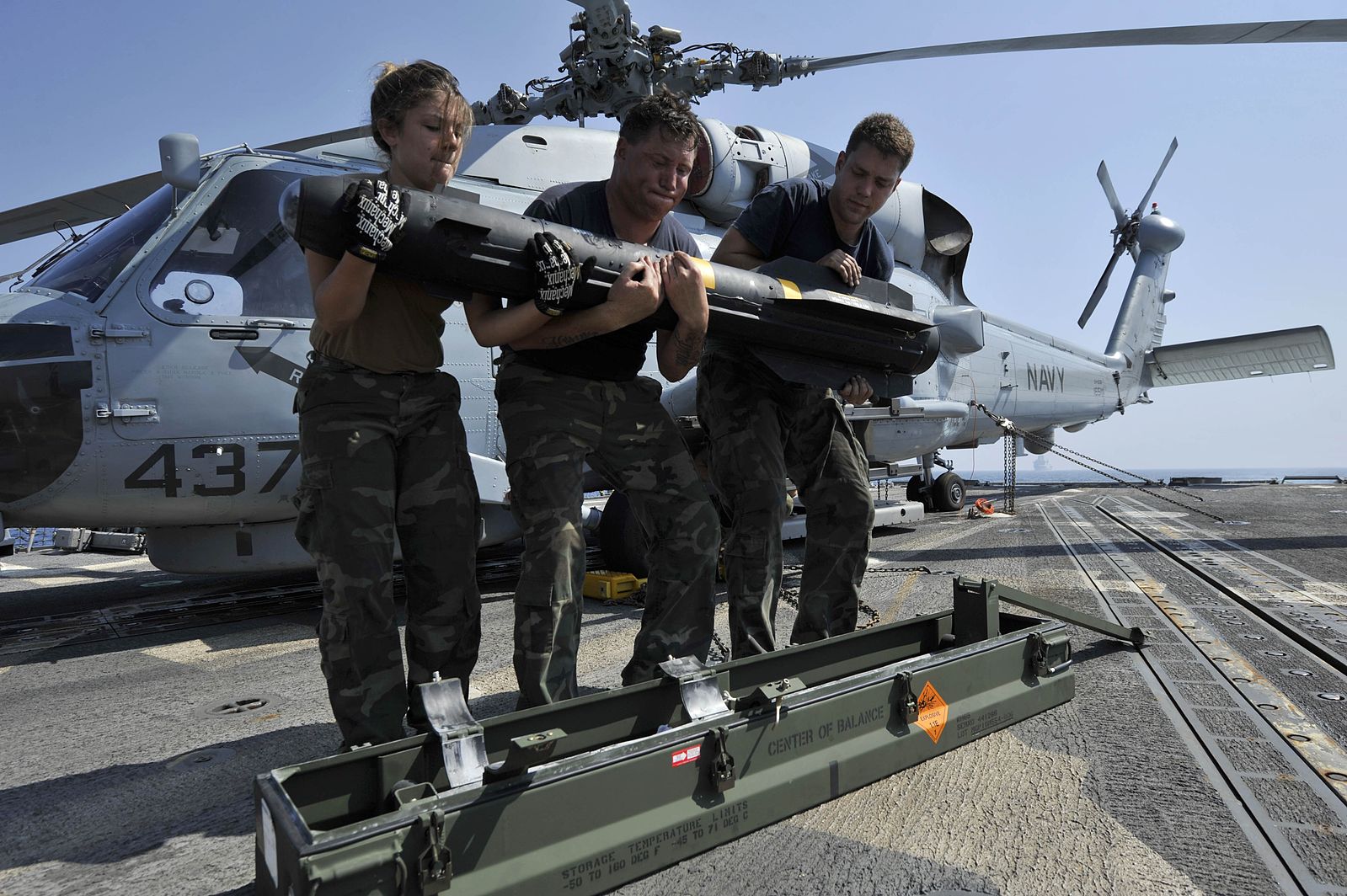 The world is now getting a better look at the Pentagon’s secretive precision strike weapon that reportedly took out Iran’s terror mastermind Qassem Soleimani in January, and now two al Qaeda terror leaders in Syria.

The weapon is a modified Hellfire R9X ‘Ninja’ missile, which uses an inert warhead and pop-out spinning blades – rather than explosives – to kill its target while minimizing collateral damage and civilian casualties.

The Pentagon has yet to publicly confirm the existence of this missile, but both the Wall Street Journal (WSJ) and New York Times (NYT) have reported on its use in at least a half dozen precision strikes on terrorist leaders.

Also known as “the flying Ginsu,” the WSJ reported that the “nickname is a reference to the popular knives sold on TV infomercials in the late 1970s and early 1980s that showed them cutting through both tree branches and tomatoes.”

The missile was reportedly under development since 2011, and pushed by former President Barack Obama, to avoid the furor over increasing civilian casualties created by his air and drone strike campaign in the battlefields of Afghanistan, Pakistan, and throughout the Middle East and Africa. It was reportedly first used in 2017 in Syria.

These precision strikes are carried out by both the Department of Defense and the CIA, though the CIA does not acknowledge its drone strikes.

Increasingly, noted the WSJ, terrorist fighters were using groups of women and children as human shields against traditional US drone and air strikes. The ‘Ninja Missile’ – generally fired from Predator or Reaper drones – effectively neutralizes that tactic, since according to The Drive, the R9X has “a 100 per cent ‘deadly danger zone’ of only 30 inches.”

To buttress that claim, photos of the latest June 14 precision strike on Al Qaeda-linked terrorists in Syria, which killed the passengers in a car, show the car itself remarkably undamaged.

The reference to knives is no accident, as it features multiple steel blades that emerge from the missile moments before impact,” Behnam Ben Taleblu…at the Foundation for Defense of Democracies (FDD) told Fox News. “The result is a much smaller kill radius, which can limit the damage caused by the missile to the intended target area. Such a feature is increasingly needed for counterterrorism campaigns, where the fighting is closer-in, and the environment around the target is more dense and likely to be filled with non-combatants.

These weapons are so precise, according to sources reported by Fox News, they can kill the passenger of a vehicle, but not harm the driver; or take out a terrorist leader at his dining table at home, without harming family members sitting at the same table.

This amazing weapon shows the effort the United States will expend to continue its War on Terror while avoiding harming civilians.

take out a terrorist leader at his dining table at home, without harming family members sitting at the same table.
well, I’m not pieces of sliced and diced dad landing on my plate wouldn’t harm me (psychologically) but then maybe that’s a bonus….

Need to use it on democrats!

I wonder if citizens are allowed to send in lists of potential targets.