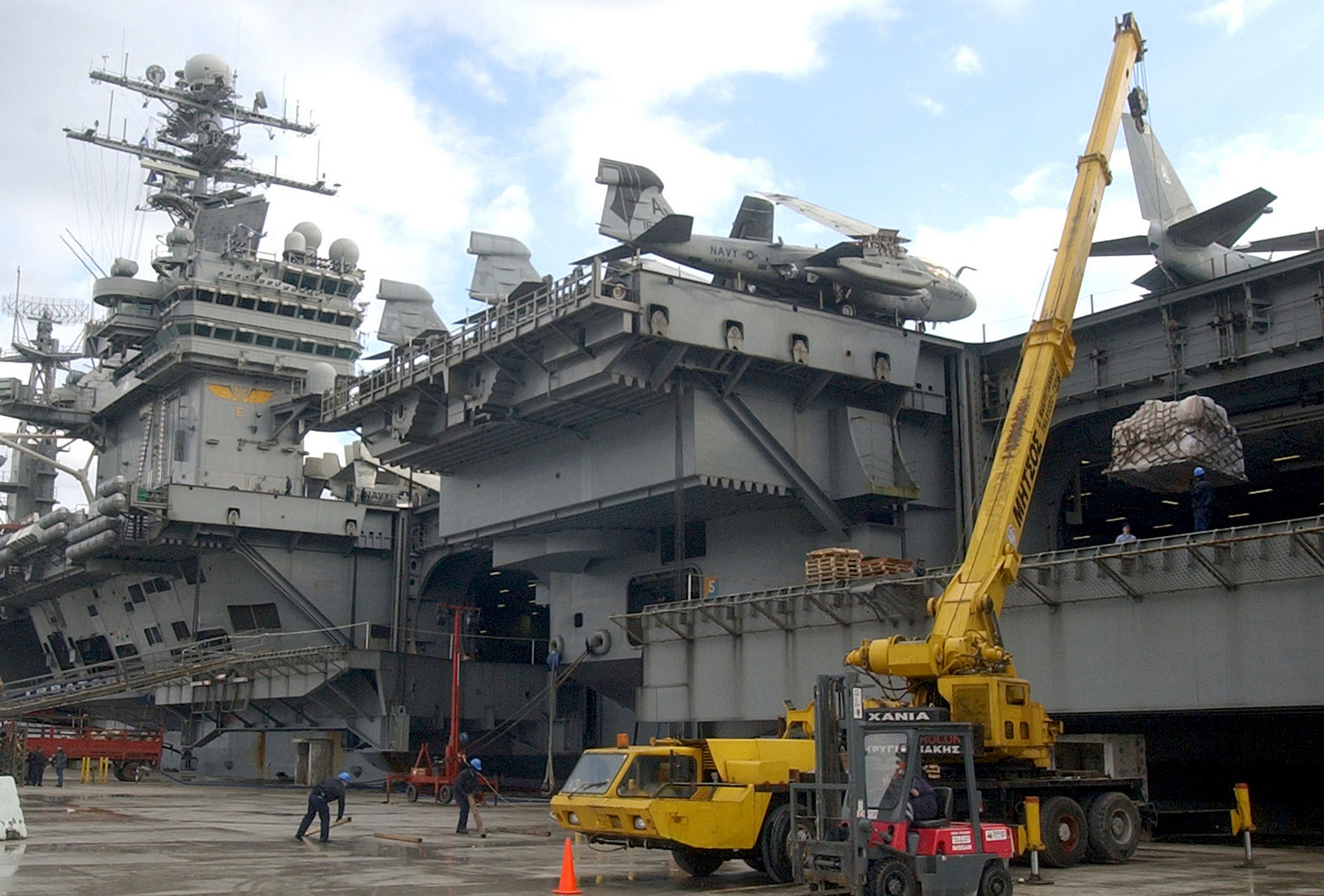 UPDATE: Secretary of Defense Mark Esper has accepted the resignation of Acting Secretary of the Navy Thomas Modly for criticizing an aircraft carrier captain who pleaded for help during a coronavirus outbreak aboard his ship.


“He resigned on his own accord, putting the Navy and the sailors above self so that the USS Theodore Roosevelt, and the Navy as an institution, can move forward,” Esper wrote in a Tuesday statement. “I have the deepest respect for anyone who serves our country, and who places the greater good above all else. Secretary Modly did that today, and I wish him all the best.”

The Navy’s top civilian Thomas Modly has submitted his resignation 24 hours after leaked audio showed him calling the dismissed captain of the USS Theodore Roosevelt “stupid” and “naïve.”

The speech was reportedly poorly received by the ship’s crew. (CNN)

The Navy and Department of Defense did not respond to a request for comment.

Modly’s Monday morning remarks to the crew prompted sailors to yell back in frustration, President Donald Trump to say he might “get involved” in the matter, and Defense Secretary Mark Esper to order Modly to apologize, two US officials tell CNN.

The acting Navy secretary issued his late-night about-face apology Monday evening, just hours after he defended his comments to the aircraft carrier’s crew. But Modly’s belated declaration that he does “not think Captain Brett Crozier is naïve nor stupid” was not enough to protect his job.

Anyone ‘leaking’ anything should be incarcerated b/c That leak is not the full story and anyone has the right to change their mind no matter what was said at That particular time of the ‘leak’ which, of course, the ‘leak’ becomes the narrative and that is usually the way it is plotted – leakers are an evil blotch on the country, something that’s needed rectifying for years, so hope Trump does the correcting.

A. D Roberts
Reply to  Lew

The story I heard was that the Air Craft Carrier captain was not fired for asking for help BUT for going outside of channels to ask for that help. IF I know much about the military, it is that they DEMAND that things be done through channels. The Aircraft captain did not. FIRE THE SUCKER.

A. D Roberts
Reply to  Lew

Modley was right. The Captain intentionally went out of channels. He was stupid. He was wrong. GOOD RIDDANCE. Crozier was naive and stupid. Want to bet he is a Dmocrat. Otherwise, why would he ignore the chain of command. And someone needs to tell him just how LACKING in fatality corona really is. Just another dupe.

The Aircraft Carrier Commander was wrong, because he broke security protocol. The Secretary Of The Navy should have never made the comment in ear-shot of anyone who could use it, and so he threw himself upon his sword. There’s no honor in any of this, which can only question the integrity of espirit de corp.

What should a unit commander do if he, through proper secure channels, tell superiors that a crisis such as a disease isn’t just affecting his unit’s effectiveness, but is also jeopardizing the unit’s mission and his people, AND his superiors choose to delay or disregard responding to his pleas, especially for political appearance reasons?

The aircraft commander did not talk to his superiors first, he wrote and distributed the letter first and that is a no, no in any military. He should have been removed and he started the whole affair. You go to your superior first, no affect, go to the next higher, etc., etc.
It’s the military not a private business and by the time you get to be a commander you should have learned that. My Father who fought in WWII learned that as you moved up the ranks. He had an old saying, “Don’t burn your bridges behind you to solve a problem.”

And you know that for a fact? My guess is that we will hear more information on this as the days go by. One thing we can all be certain of: The msm NEVER gives us “nothing but the truth”!

Perhaps you should not comment on anything where you fail to get all the facts and just recite your own bias. He not only broke the chain of command but went outside to civilians in unsecured messages. He exposed our military to our enemies in the same area where this ship was deployed to protect against attack and control of shipping lanes, both military and commercial. The command was aware and preparing but he felt they were too slow and made one of the worse mistakes any leader can make, provide top secret information on our military capability in an area surrounded by those seeking to take control of the high seas. He violated the 2 most important military requirements, discipline and chain of command that led to the media getting the information and exposing it in world-wide news as well as a national security breech. Those who have not been in the military have no idea how important this is and how much it informs enemies like China, Russia, and North Korea that our most important defensive and offensive carrier in the Pacific is no longer fully capable to continue their mission.

I keep hearing/reading that he didn’t first go thru channels. How can we know that? We have no view of those channels, we aren’t supposed to.

Bill Gates and his puppet Faucci want America to collapse – the Pro Chinese pressure they are creating is becoming more effective. We see that in the “cracks” showing in the Naval Command structure. Thirty feet away form the Captains office was the Office of the Admiral of the fleet.
What did the Captain do – go Public!? Like it or not Captain you are not Public you are military and you decided not to live with that. The same statement to the crew – times are tough suck it up.
The nation is being played Bill Gates has even said Covid 19 is a mild flu.
But that he needs the Pandemic Lock-down to ensure that natural immunity DOES NOT OCCUR and that way world commerce can be controlled by his Vaccines.
https://off-guardian.org/2020/04/04/did-bill-gates-just-reveal-the-reason-behind-the-lock-downs/
The world is being played. This is Bill Gates Business case for control and Faucxci is Gates man in the Whitehouse.

ADRoberts — The issue isn’t being talked about – seems the Captain did seek help through strict protocol and only heaven knows the response he got, but his cry for help that went round the world was b/c he was being ignored, go listen to it again.

You are so correct!!! Seems like there is an explosion of LEAKERS, Whistleblowers and “ANONIMOUS SOURCES”- all in their own way Participating in a war against our PATRIOT PRESIDENT!!!

It was bad enough that Modly jumped the chain of command to discipline someone for a stupid move albeit with the “best of intentions”. That was bad enough. However, then to double down and go on board the ship to humiliate the captain in front of 5000 loyal sailors was an act of stupidity. As a four year shipboard veteran on a cruiser, I wrote my senator who is a Navy veteran himself to send this clown on his way. Semper Fi