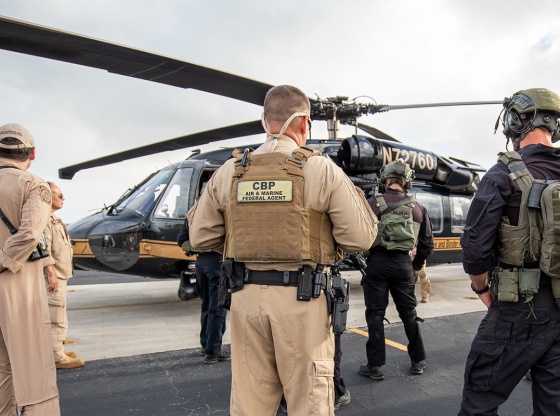 While Team Biden’s disastrous immigration and open border policies have created a massive surge of over three million illegal migrants flooding America’s southern states, Democrat-run DC is screaming over a few thousand that have been bussed there from Texas and Arizona.

What liberal pundits, the media, and the Biden White House, initially labeled a ‘publicity stunt’ by the Republican governors of those border states, is now being called a ‘humanitarian crisis’ by DC Mayor Muriel Bowser.


Texas Governor Greg Abbott and Arizona Governor Doug Ducey, both Republicans, started bussing migrants to D.C. to show national leaders the massive crisis that border states are facing due to the administration’s policies.

Abbott started sending illegal migrants from Texas to D.C. in mid-April – and Ducey followed suit in May.

Since then, according to the Daily Mail, more than 125 buses have sent 4,800 migrants from Texas border communities 2,000 miles to D.C. Meanwhile, Arizona sent another 27 buses carrying 1,000 passengers to the nation’s capital.

And the ‘stunt’ appears to be working. Bowser now says the crisis has reached a ‘tipping point.’

In response to the crisis, Bowser is calling on the DC National Guard to be activated to help deal with the migration crisis now being felt in the nation’s capital.

Bowser also requested that the D.C. Armory be used as a processing center.

Taking the message to Team Biden, the D.C. Homeland Security and Emergency Management Agency along with Bowser sent letters to the Office of the Secretary of Defense on July 19 – and then followed up with letters to President Biden on July 22.

While gaslighting Texas and Arizona, Bowser rightfully noted that Team Biden needs to fix this at the federal level.

“The migrant crisis facing our city and our country through cruel political gamesmanship from the Governors of Texas and Arizona must be dealt with at the federal level,” the July 22 letter read.

So far, no real response from Team Biden:

If 4000 is a tipping point, what the hell do you call the THREE & A HALF MILLION illegal immigrants who’ve crossed our southern border??

If 4000 is a tipping point, what the hell do you call the THREE & A HALF MILLION illegal immigrants who’ve crossed our southern border?? https://t.co/55OxpAfOel

And highlighting the criminality and danger affiliated with these illegal migrant operations, an NBC News report shows that, according to internal documents, 73 migrants were found living in houses in Northwest D.C. operated by human smugglers.

Along with the illegal migrants, according to NBC, the agents also found $95,000 in cash and a small amount of cocaine.

Sensing Biden Weakness and a Closing Window, China May Invade Taiwan Within 18 Months
All of Trump’s Potential 2024 Running Mates

Business records from China’s National Credit Information Publicity System continue to identify Skaneateles as a 10% owner in BHR, and U.S. business records have listed Hunter as the only owner of Skaneateles. China owns the bidens.Never forget lead painted toys, fxxxed up dry wall,poison pet food, the virus,this is what America got fro China.