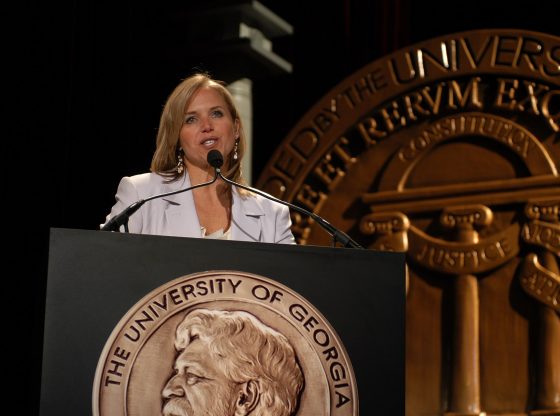 Former longtime CBS News anchor Katie Couric is now facing backlash after revealing in her new memoir that she deceptively edited an interview with the late Supreme Court Justice Ruth Bader Ginsburg to remove a portion in which she vehemently criticized individuals like Colin Kaepernick who engaged in kneeling protests against the US national anthem.

In her tell-all memoir “Going There,” Couric detailed how Ginsburg was critical of national anthem kneelers in the midst of the furor over former NFL quarterback Colin Kaepernick’s decision to take a knee to protest police brutality. Several other professional athletes began to take his lead and kneel instead of standing during the anthem.

Ginsburg told Couric she was opposed to the action, saying those who kneel during the anthem were showing “contempt for a government that has made it possible for their parents and grandparents to live a decent life,” according to new reporting by the Daily Mail.

Couric said she was “conflicted” about including the justice’s comment because she was a “big RBG fan” and admitted to seeking advice from some fellow journalists about what to do. Ultimately, the story she wrote for Yahoo! News did include quotes from Ginsburg saying kneelers were “dumb and disrespectful,” but left out the above remarks.
Couric wrote she wanted to “protect” Ginsburg, who died last year, and also suggested Ginsburg’s office had some influence on the final product, according to the Mail.

Commenters are Twitter were quick to condemn Couric and CBS for her deceptive practices:

Not that it's a surprise but it's never not a good day to remind people that the news is fake. https://t.co/rYpFvQtuaX

Completely indefensible for Katie Couric to withhold this from the public to protect a *sitting Supreme Court Justice*https://t.co/t0kaBJ5eRh pic.twitter.com/UBhw8FV4FL

Deceptive editing by a woke MSM reporter? Say it ain’t so! (sarc)

Why does this surprise anyone? She was about fake news from day one. You could say that she invented it.

Invented no, loved it, used it, yes.

not a surprise. just another swamp relic emerging.

And people wonder why they don’t believe the news no matter who reports it. What a shame.

She is a PATHETIC lost soul Liberal, Through and Through. She’s “almost” as SICK as Keith Olberman…. it I’ve GOTTA still give the nod to THAT twisted piece of shit.