The Mob May be Woke, but Winston is Awake 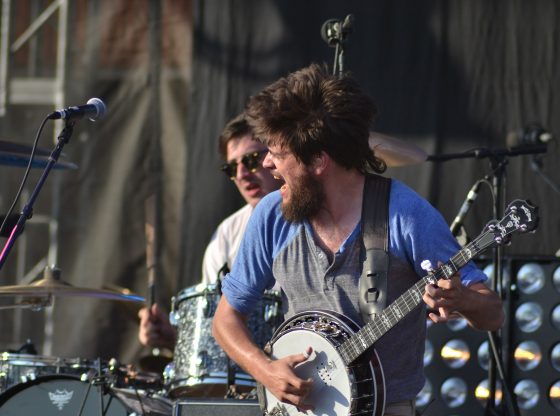 Cancel Culture is more than out of control. The latest example: On June 24, Winston Marshall, the longtime guitarist/banjo player for the band Mumford & Sons, published an article in which he outlined “Why I’m Leaving Mumford & Sons.”

The context: In early March, Mr. Marshall tweeted about a book written by Andy Ngo, a reporter who documented the violence of the far-left group, Antifa. Winston Marshall’s great sin was this tweet: “Congratulations @MrAndyNgo. Finally had the time to read your important book. You’re a brave man.”


The Twitter mob wasted no time. They not only attacked Marshall for this great crime of expressing his “opinion” (a 97-character book review), but also came for his friends, his family, and his bandmates. Within days, Marshall issued an apology. He now says he apologized in March because “In the mania of the moment I was desperate to protect my bandmates. The hornets’ nest that I had unwittingly hit had unleashed a black-hearted swarm on them and their families. I didn’t want them to suffer for my actions, they were my priority.”

Here is a man who has since admitted if he was the only person his opinion hurt, he probably wouldn’t have apologized. But he didn’t want to leave his bandmates suffering. He apologized to the woke mob to protect others.

He also admitted that another reason he apologized when the woke mob came for him was that “I was sincerely open to the fact that maybe I did not know something about the author or his work.” He wanted to take the time to investigate.

Of course, he has since learned there was nothing actually wrong with tweeting what he did. The only thing “wrong” was that we live in an age where the “woke” cancel culture mob will come for you if you dare take your opinion in a direction they deem incorrect. And if you are with a band or part of some other major public brand, your brand could be inflicted a major blow. Your Wikipedia page is immediately updated. And anytime anyone “Googles” something about you now or in the future, there is all of a sudden a “controversy” associated with you.

While Winston Marshall’s apology, like many, might have come from a good place, unfortunately, it gives the woke mob yet another victory. The woke mob wins because the apology, done publicly, of course, acts as an admission of guilt.

The woke mob makes the sinner feel guilty and forces them to issue a public confession. From that point forward, they are on the record as having done something wrong, admitting to it, and accepting blame. They will no longer speak on the subject – or anything else controversial, for that matter – for the rest of their career and perhaps the rest of their life. They are silenced.

But more than that, millions of observers are watching them publicly suffer the repercussions of stating their opinion publicly – and the mob wins by silencing millions more, using someone like Winston Marshall as their sacrificial lamb. Surely now, fewer people will be willing to express such an opinion publicly again. After all, if they can come for the banjo player in Mumford & Sons, they can come for me.

Winston Marshall has since come to regret issuing that apology. However, he isn’t going to let the woke mob get a total victory. Winston has chosen to leave the band. He writes passionately about all of his love for his bandmates, for his more than a decade of experience with Mumford & Sons, traveling the world, and living a dream only a privileged few get to experience.

“For me to speak about what I’ve learnt to be such a controversial issue will inevitably bring my bandmates more trouble. My love, loyalty and accountability to them cannot permit that,” said Marshall. “I could remain and continue to self-censor but it will erode my sense of integrity. Gnaw my conscience. I’ve already felt that beginning. The only way forward for me is to leave the band. I hope in distancing myself from them I am able to speak my mind without them suffering the consequences.”

And here is a partial defeat for the woke mob. The victory they seek is to make someone like Winston Marshall apologize and stay silent. If you wanted to keep your job and your lifestyle above all else, you’d do just that. But Marshall is willing to sacrifice perhaps the thing that has brought him the greatest joy for more than a decade and for his entire adult life. He could stay with the band, tour the world, play any night of the week, nearly anywhere in the world, in front of thousands of adoring fans, making music that touches our souls. But he would have to silence his thoughts or make not only himself, but his bandmates and all of their livelihoods, face the consequences of his “sinful” tweet and the constant distractions that will come with it day after day.

Instead, he found inner strength from his Christian faith, and also from the words of one of the twentieth century’s greatest men, Alexander Solzhenitsyn, who he quoted in his June 24 article:

“And he who is not sufficiently courageous to defend his soul — don’t let him be proud of his ‘progressive’ views, and don’t let him boast that he is an academician or a people’s artist, a distinguished figure or a general. Let him say to himself: I am a part of the herd and a coward. It’s all the same to me as long as I’m fed and kept warm.”

Winston Marshall would rather not be a coward – and certainly is no longer part of the herd. He is now an individual who may be leaving his career but is keeping his freedom to speak his mind. Now, out on his own as an individual, only he will face those consequences of his freely expressed thoughts. And, he seems to be prepared to do so.

He could stay “fed and kept warm” in the security blanket of a career and a lifestyle he has been accustomed to. But he has chosen a way out of the culture the woke mob has turned into one of cancelation. They may have a partial victory in canceling Winston Marshall’s current career as guitarist and banjo player for Mumford & Sons, but they have apparently lost the battle to cancel him from his own free mind, free thoughts, and freedom of expression.

Winston Marshall is the hero we all need to remember. In a world where many keep their views silent in exchange for a career or life of luxury, he has chosen one thing higher: the freedom of conscience and the freedom to have an awakened soul. May his example be even more powerful than the lyrics from the song Awake My Soul from Mumford and Sons. May his actions not only serve as an example to awaken our souls but also shake the foundations of our civilization as he delivers a partial victory against the woke mob. They may be “woke” but Winston is Awake. It is well past time for all of us to be.

“Lend me your eyes I can change what you see

But your soul you must keep, totally free”

Time to eliminate(cancel) the woke mob 6 feet under!

Good for Winston, he is a hero to real conservatives. Hope he plays many concerts.

Those communists ‘woke’ people attacking in swarm after swarm like really that is exactly what China or Cuba or Russia or Nazi Germany are/were like. Lest we forget, that group of leftists is no better than the brown shirts of Germany. Such is a wonderful free spirit that they fear it?
All that we need is freedom from fear of the leftists.