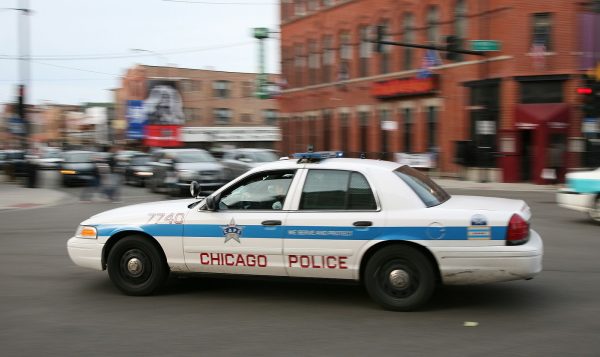 A shocking new report now shows that the former normal trickle of police retirements in the city of Chicago has turned into an tsuanmi as hundreds of police retire en masse without being replaced meaning that ganga members now outnumber police in the city by a staggering 10 to 1 margin.

Amid nationwide calls to defund police departments and a rise in crime in major cities, the number of Chicago cops that have retired this year has already surpassed all of the retirements in 2018 and are on track to be the highest number in the department’s history.

The figures come from the police pension board, as reported by the Chicago Sun-Times. It shows that between January and June, some 363 officers called it quits, and another 56 were expected to retire this month.

“We are on track, I believe to have one of the highest retirement numbers in the city’s history,” Ald. Ray Lopez told the newspaper.

Is Chicago’s violent and chaotic fate the future for Democrat-controlled cities across the country? Let us know what you think in the comments below.

My guess is that the libretard democraps are very excited by this news. It’s precisely what they’re trying to cause to happen. Get enough major cities in turmoil and then implement Marshal Law and we’re well on our way to the Federal Government taking control of policing the state. Once that happens we’re all doomed!

Trump should have implemented marshall law when BLM and Antifa were destroying our businesses,lives, property etc. But he did not, not sure why. Something better happen fast because things aren’t looking good. Big tech is silencing our voices, only feeding us the information they want us to have.

He wanted to, but he was blocked by the EVIL DumbocRATS!

Just remember that Chicago has been CATHOLIC for a hundred years. Mayor Daly (CATHOLIC)set up the corruption. Now Chicago is just one more failed forever CATHOLIC hellhole.

What the hell does the Catholic Cult have to do with anything, you dolt?

Gangs can be organized to the point where they have control of law enforcement. They can field advocates to caution police to use kid gloves on these miscreants. That thin blue line has been crossed many times. There are countless examples of police working hand-in-hand with criminal organizations to conduct their enterprises. The American people at least can be assured that their officers are sworn to uphold the laws, thus they’ll be severely punished if they don’t. I’m afraid once the U.S. economic system fails, we’ll be inundated with violent psychopaths operating with virtual impunity among our disarmed, hapless populations. One just needs to view any prison documentary to assess what will occur when released criminals resume their ‘careers’ outside those prison walls. Venezuela is an example we can reference to learn how populations deal with hardened criminals in their midst.