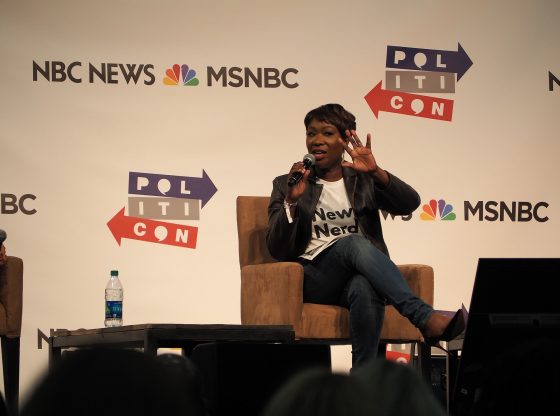 
Reid repeatedly cut off Rufo, who is an expert on the issue, during the 15-minute interview. Rufo struggled to complete more than a sentence or two throughout the entire interview without being cut off, shouted down, or talked over.

REID: But hold on a second. This is the second thing he said, which is strange to me that you…

RUFO: This is not a monologue. This should be a dialogue, right? Am I right?

REID: Well, it’s my show, so it’s how I want to do it. So, let me read you one more quote from him, because you have made a lot of claims about Critical Race Theory saying that white Americans are inherently racist, that racism is inherent to whiteness. And that is one of the core charges that you’re making about these sort of — what you consider like sort of woke studies in school. This is what Ibram Kendi has said, in his own words.

All the Dems Who Visited the Border Before Kamala Harris
Biden Forgets to Mention Florida Building Collapse During Conference, Has Be Reminded

Joy Reid is a waste of skin…and a TERRIBLE host. Johnny Carson was the best because he KNEW the show was about the GUESTS, not him…

Almost a million WHITE men died in the civil war in order to ‘free’ the BLACK ‘slaves’. How is that ‘racist’? Let us go to Africa, and try to find a ‘white’ before the Europeans went down in the 18th century? BLACKS killed all whites and so Africa was BLACK. Now, please name one successful nation in Africa. Please! A hundred nations in Africa, not one success. ‘Critical race’ is not a theory, it is actual in that pure BLACK is a proven continental failure!

You forgot to add that slavery is still practiced in some African countries.

Um, why would I care about what is on CNN?

Why do we even give CNN any attention?

IF we have enough people that will ignore them totally – they will go away!